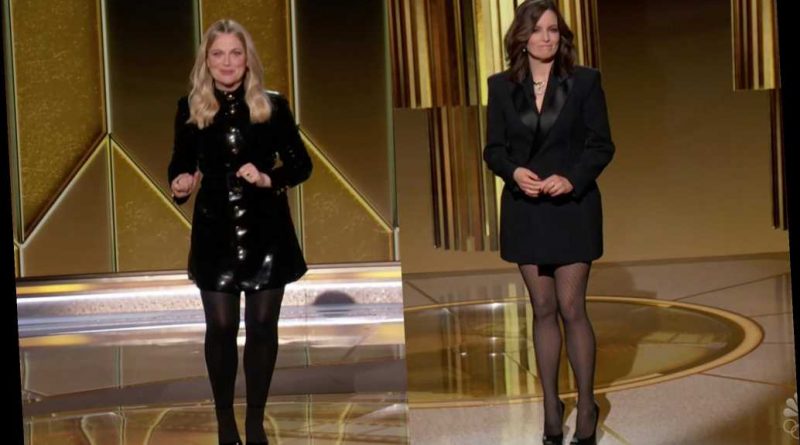 Kate Hudson sparks backlash for ‘Music’ during the 2021 Golden Globes

Golden Globes 2021 live updates: All the winners from tonight’s show

How to watch and live stream Golden Globes 2021 tonight

“And this is the 78th annual Hunger Games,” Amy Poehler joked during the monologue at the 2021 Golden Globes, addressing a crowd of first responders on the West Coast while Tina Fey joined in a split-screen — not unlike a dreaded work Zoom.

The dynamic duo might have been hosting from opposite sides of the country — Fey, 50, in New York at Rockefeller Center’s Rainbow Room and Poehler, 49, at the usual venue, the Beverly Hilton in Beverly Hills, California — but they managed to bring the laughs.

The pair were featured on a split screen and Fey said “the technology is so great you’re never gonna be able to tell the difference” — and proceeded to pretend to pet Poehler in the dual-screen.

“I always knew my career would end with me walking around the Rainbow Room pretending to talk to Amy,” Fey said. She added that she’s hosting from NYC “where indoor dining and outdoor muggings are back,” joking about the Big Apple’s rising crime rate.

Rather than a room full of celebrities, the pair spoke on their respective coasts to “smoking hot first responders,” as Poehler referred to them as.

“We are so grateful for the work that you do and that you’re here so the celebrities can stay safely at home,” she added.

Even though celebs were not present, that doesn’t mean they weren’t victims.

“Those b–ches are messy,” Fey said.

The pair also addressed the HFPA controversy after a damning report revealed there are no black members.

“The HFPA is made up of about 90 no black journalists,” they poked. “We say around 90 because a couple of them are just ghosts and its rumored the German member is just a sausage.”

They even admitted that “a lot of flashy garbage got nominated” while “a number of black projects were overlooked.”

“There are no black members of the HFPA,” they said. “We know your workplace is the back booth of a French McDonald’s but you gotta change that.”

This marks the fourth time Fey and Poehler hosted the Globes together, having previously shared the stage from 2013 to 2015. However, it’s the first time the “Saturday Night Live” alums hosted during a pandemic and from different coasts — also a Golden Globes first.

Ricky Gervais, 59, hosted the 2020 ceremony for the fifth time — having previously hosted in 2010, 2011, 2012 and 2016. Known for his controversial jokes, he spent most of his monologue last year skewering Hollywood, leaving no prisoners — even Dame Judi Dench.

The Globes, which honor the best performances and productions in film and television in 2020, are usually held on the first Sunday of the year but the Hollywood Foreign Press Association pushed back the 2021 ceremony due to COVID-19. The 2021 Oscars, usually held in February, were also delayed, to Sunday, April 25.

A great deal of planning went into the Globes’ first-ever bicoastal ceremony.

“Winning a Golden Globe is a career-defining moment, and we wanted to make sure the nominees can accept the honor no matter where they are,” Barry Adelman, one of the show’s executive producers, told The Post. “Since safety protocols don’t allow for large gatherings [at either venue], we’ve sent camera kits to our nominees, so they can broadcast from their homes. This will allow everyone the opportunity to join us from wherever they are around the world.”

A month before the ceremony, Poehler told Seth Meyers she was 100% clueless as to how they’d pull it off.

“We just have a few final questions,” the actress said in January. “When, how, why, where and what? Just those — that’s all we need to find out. But we’re going to figure it out.”

“It will be a tonic for all of us to see the two of you,” Meyers added.

But the show wasn’t without controversy. A damning report found that the HFPA has zero black members, prompting a protest from Time’s Up. 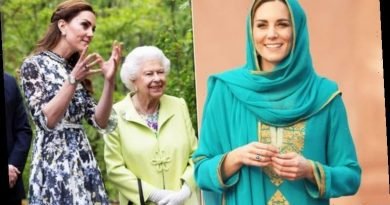 Kate Middleton and the Queen’s relationship revealed – do they really get along? 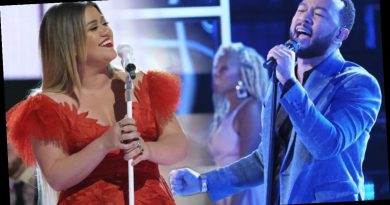 The Voice Reveals Top 5 Artists Heading Into Next Week's Finale