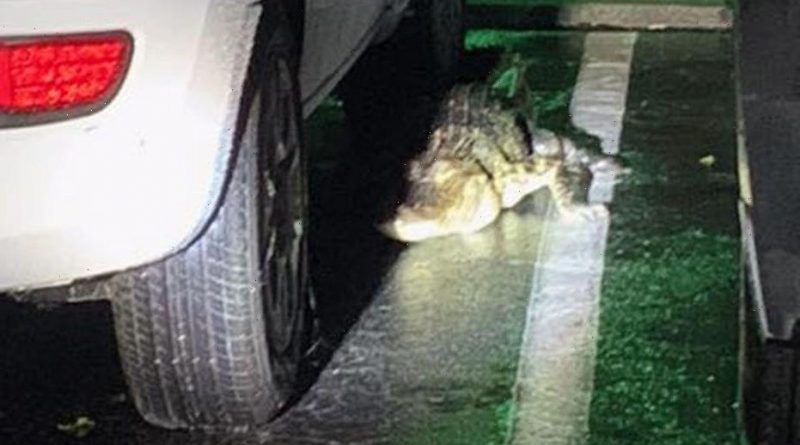 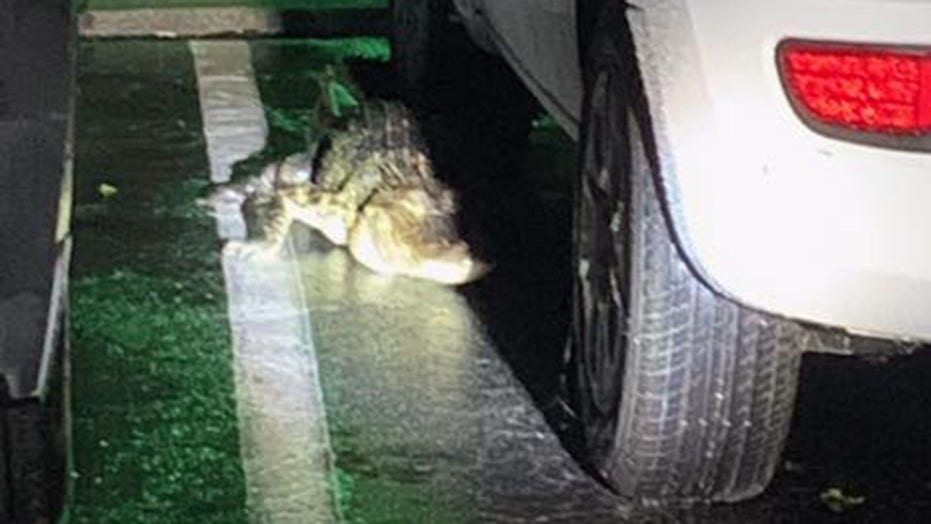 According to authorities in Florida, a large gator was found lurking underneath a car in the middle of the night. Fortunately, the animal was spotted before it could give the vehicle’s owner an unwelcome surprise.

Fortunately, local police officers had witnessed the gator crossing a nearby street before making its way into the parking lot of an apartment complex. The officers were able the spot the car that the animal eventually hid under. This was good news for the car’s owner, who apparently was headed towards the car and was unaware of the reptile’s presence.

Based on the photos, he may not have noticed the predator hiding under the car until he was standing right next to it.

The sheriff’s office wrote, “Deputies spotted a 6 foot alligator crossing W. Delaware Avenue into the Immokalee Apartments just before 3 a.m. this morning. The gator hid under a resident’s vehicle just before he came outside to retrieve something from his car. The State Alligator Trapper responded and was able to collect the gator and relocate it to a more suitable environment.”

Further pictures posted to the police department’s Facebook page show officers helping the trapper get control of the animal. They then lifted the gator up and placed it in the back of a pickup truck before transporting it to a safe area. 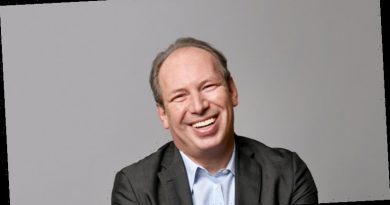 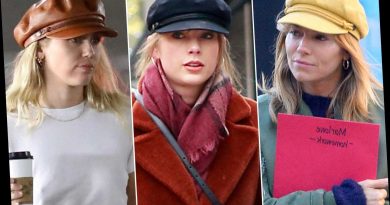 Taylor Swift and Miley Cyrus love these hats, and they’re on sale at Nordstrom 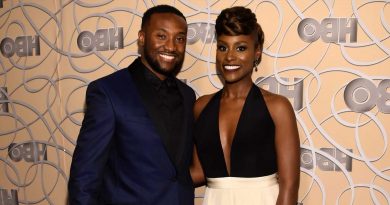 Who Is Issa Rae\u2019s Husband, Louis Diame? Meet The Businessman In Her Wedding Photos