Home » Lifestyle » All The Totally ’80s Songs From ‘Stranger Things 3’ 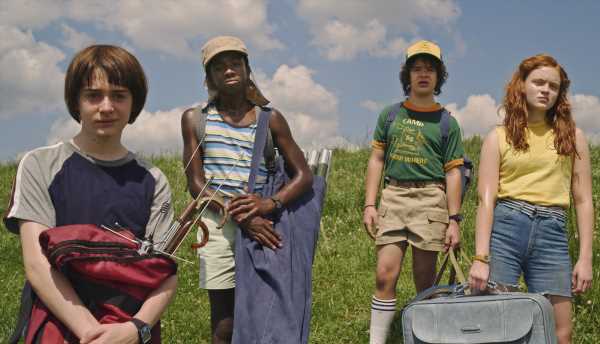 Over July 4th weekend, people across America will be watching fireworks, having barbecues, and — the most important part of this year’s festivities — watching Stranger Things 3. The season dropped on Thursday, July 4, which means hardcore fans may have already finished watching all eight episodes. But if you want to keep the momentum going, the Stranger Things 3 soundtrack is now on Spotify, and it’s once again just as ’80s-tastic as the show.

The 16-track playlist features artists who were popular in the mid-80s — like Wham!, Huey Lewis & The News, The Pointed Sisters, and Madonna — as well as ’70s rock legends like The Who, The Cars, and REO Speedwagon. There are also several older songs, like Patsy Cline’s somber ballad, "She’s Got You," and "We’ll Meet Again" by Vera Lynn. The soundtrack doesn’t include any original songs, but fear not: The Stranger Things 3 score is also on Spotify, featuring music from composers Kyle Dixon and Michael Stein and setting the tone of the show with synth-heavy bops like "Starcourt" and the ambient "The Ceiling Is Beautiful."

So whether you want a nostalgic trip down memory lane or an educational crash course on ’80s tunes, the music from Stranger Things 3 has a little something for everyone.

"Baba O’Riley" by The Who

Fans will likely recognize "Baba O’Riley" as the song that scored the first Stranger Things 3 trailer. The dramatic, crescendoing track from The Who is the perfect, ’80s-centric way to kick off the soundtrack.

"Things Can Only Get Better" by Howard Jones

Considering this is Stranger Things we’re talking about, the title "Things Can Only Get Better" is a tad dubious. The track itself, however, is upbeat.

Even viewers who aren’t familiar with Madonna’s discography will likely recognize this song’s catchy chorus.

"Cold As Ice" by Foreigner

"She’s Got You" by Patsy Cline

One of the few songs on this soundtrack that isn’t from that era, Patsy Cline’s "She’s Got You" was released in 1962 — just a year before her tragic death in 1963. The country legend is remembered for her songs like "I Fall to Pieces," "Crazy," and "Walkin’ After Midnight."

Country rock musician John Mellencamp wrote this song as a tribute to the era he grew up in, as the title implies. "R.O.C.K. in the U.S.A. (A Salute to 60’s Rock)" was released in 1985 — making it a contemporary of Stranger Things 3. The song remained on the Hot 100 charts for 17 weeks, per Billboard, peaking at No. 2.

"Neutron Dance" by The Pointer Sisters

Siblings June, Anita, and Ruth Pointer began singing at their dad’s church in Oakland, California, per their website, and achieved success with songs like "I’m So Excited" and "Jump (For My Love)." This particular song was featured in the Beverly Hills Cop soundtrack — the Eddie Murphy comedy which is shown prominently in their "Neutron Dance" music video.

Perhaps REO Speedwagon’s most famous song, "Can’t Fight This Feeling" is from their 1984 album, Wheels Are Turnin’.

"Wake Me Up Before You Go-Go" by Wham!

Even millennials and Gen Zers should recognize "Wake Me Up Before You Go-Go." This iconic ’80s song is impossible not to tap your foot to and features the late George Michael in his prime.

"My Bologna" by "Weird Al" Yankovic

Yankovic released this track in 1979, when he was still a student at California Polytechnic State University, per Rolling Stone. The Knack’s hit song "My Sharona" was at its zenith, so the budding comedian penned a song about an unassuming deli meat to their catchy tune. And "Weird Al" fans should be happy he did — this is the song that launched him to stardom.

"Moving in Stereo" by The Cars

Originating from Boston, The Cars rose to prominence in the late ’70s and early ’80s with songs like "Drive," "Just What I Needed," and, of course, "Moving in Stereo."

The Canadian heartthrob first rose to prominence with his 1983 debut album, First Offense, per Billboard. The song featured here, "Never Surrender," peaked at No. 3 on the Billboard Top 100 and was first released in June 1985 — just in time for the Stranger Things characters to have heard it on the radio.

Although R&B singer Teena Marie had been releasing music since 1979, it wasn’t until "Lovergirl" was released in 1984 — off her sixth album, Starchild — that she crossed over into mainstream pop.

"Workin’ for a Livin’" by Huey Lewis & The News

This certifiable bop is from Huey Lewis & The News’s 1982 album, Picture This.

This somber track was a favorite of British troops during World War II, per the Washington Post. Lynn was a British singer who entertained soldiers, and songs like "We’ll Meet Again" were a great comfort to them. Here, it reminds viewers that no matter what happens in Stranger Things, we’ll meet again — "don’t know where, don’t know when."

Those who have already watched Stranger Things 3 are likely already obsessed with Dustin and Suzie’s song — which is the Neverending Story theme, naturally. The adorable couple’s rendition closes out the soundtrack, with both Gaten Matarazzo and Gabriella Pizzolo featured.

And there you have it! Even if you’ve already marathoned Stranger Things 3, you can still revisit the iconic soundtrack as many times as you please. 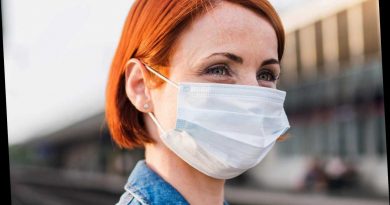 Coronavirus: Where to buy face masks online in the UK, from Amazon and eBay to Asos and Next 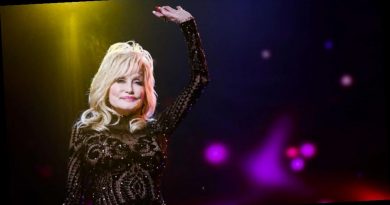 Dolly Parton celebrates half a century on the Opry 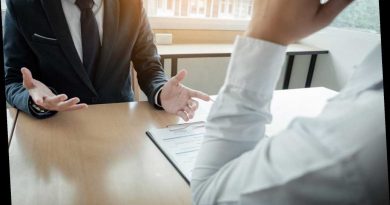