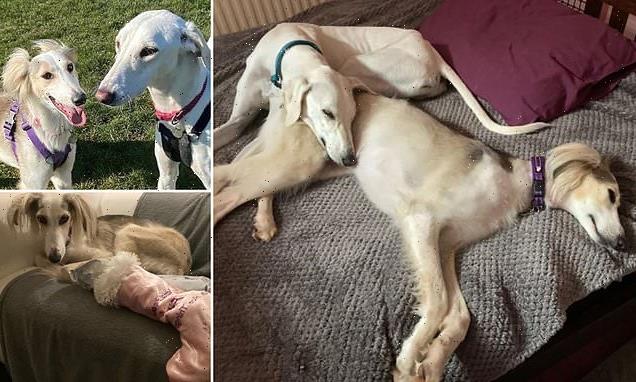 Two abandoned dogs who spent 18 months in a shelter have found a loving home just in time for Christmas.

Dasher and Eve, along with two other dogs named Angel and Tinsel, were found starved, cold and sick and were rescued by RSPCA Southridge Animal Centre in late 2019 after they were abandoned in a hunting shed.

While Angel and Tinsel were promptly rehomed, introverted best-friends Dasher and Eve, who is deaf, had a trickier time, and waited for a forever home for a lengthy 18 months Metro reported.

But the shy dogs, who have never had much human interaction, have finally been rehomed by Kelly Coupland and Scott Marshall, joining their ex-racing Greyhound Biscuit. 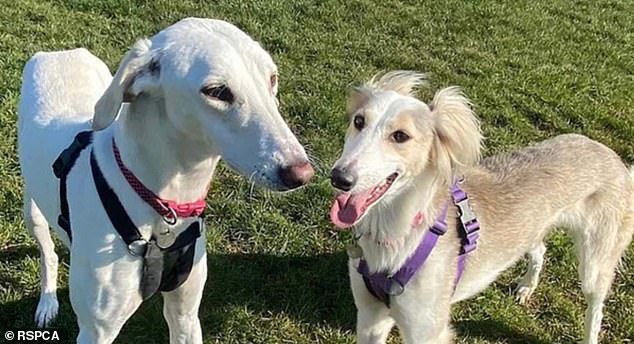 Dasher and Eve, pictured now, were found starved, cold and sick and rescued by RSPCA Southridge Animal Centre in late 2019 after they were abandoned in a hunting shed

Cathie Ward, who works at the Southridge shelter and helped nurse Dasher and Eve back to good health, said the pair and their two friends arrived at the shelter starving and suffering from diarrhoea’

They were facing their second Christmas at the shelter, where the team works hard to make the festive period special for the dogs

Thankfully for Dasher and Eve, they have finally found a family to take them on.

Kelly, who was left heartbroken when her 16-year-old Saluki cross Fawn died in February, has delighted in getting to know her new pets. 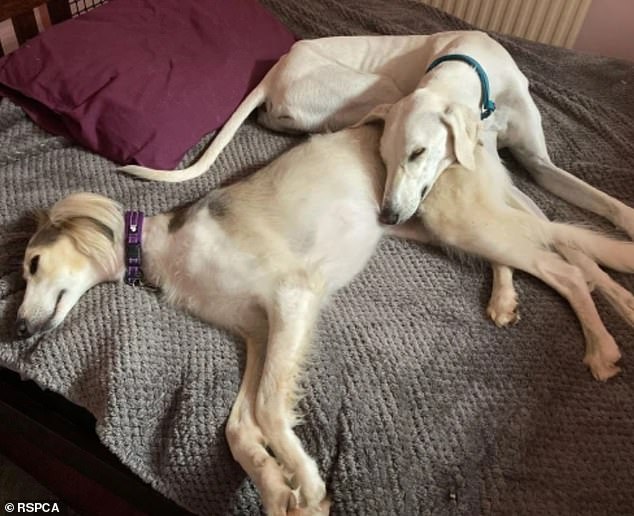 The two Salukis waiting 18 months to find a loving home, and have finally been taken on by a loving couple. Now they get to stay together forever, pictured 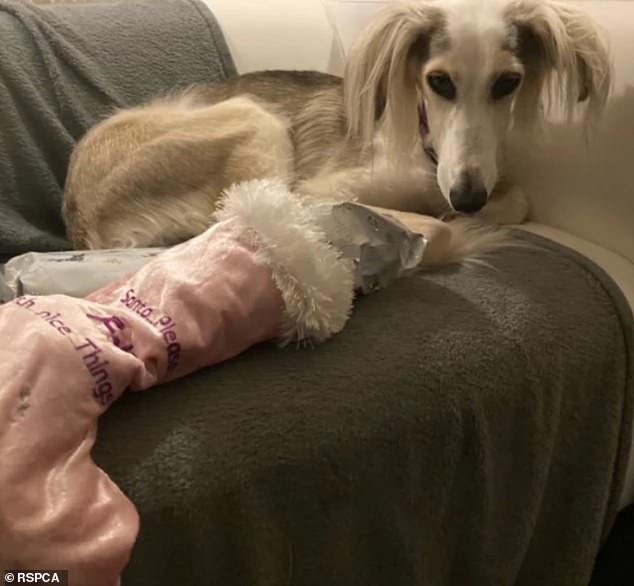 Eve, pictured, is deaf, and has to be trained using hand signals by her new owners Kelly Coupland and Scott Marshall

Kelly said: ‘Salukis have so much sass and character. They want to be the centre of the universe and I just love that, so I knew I wanted a dog with a bit of Saluki in them and then we spotted Evie and Dasher.

‘They have settled in really well especially considering how long they were in kennels.’

Kelly also revealed the two dogs are now comfortable enough to show their true nature, with Eve, whom she calls ‘Evie’ cuddling up to her on the sofa.

And while Dasher has been a bit more timid than his best-friend, he is also coming into his own, with Kelly revealing the pup likes to dance around when he is excited and cannot sit still. 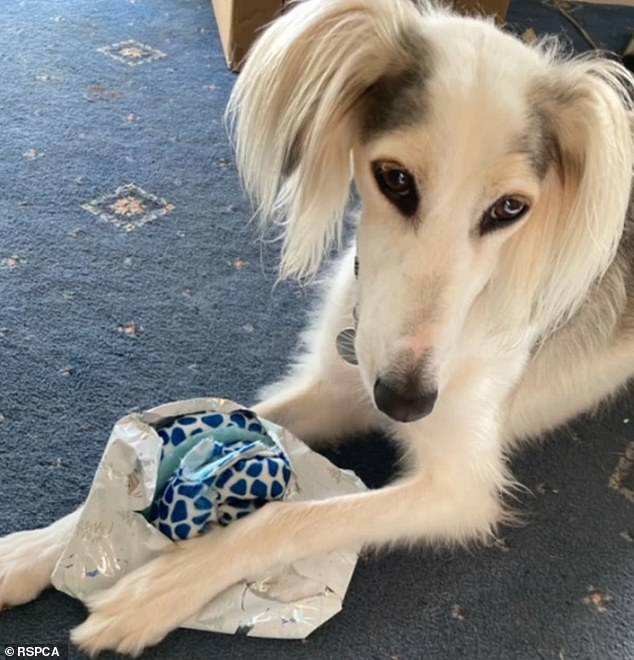 Sweet Eve, who loves to cuddle on the sofa with Kelly, will be ‘spoiled’ for Christmas with special treats, an advent calendar and her own Christmas stocking

She added the pooch used to scare easily, but has started to show his cheeky side, and has been eager to get some cuddles as well.

Kelly and Scott have been training deaf Eve with hand signals, and make sure they don’t scare her.

While the two shy dogs get used to their new life in their forever homes, the couple have taken them on long countryside walks with Biscuit, because Dasher and Evie are still a bit skittish around traffic and busy roads.

Kelly said she feels lucky to have ended with such loving dogs and added she is looking forward to spending Christmas with them. 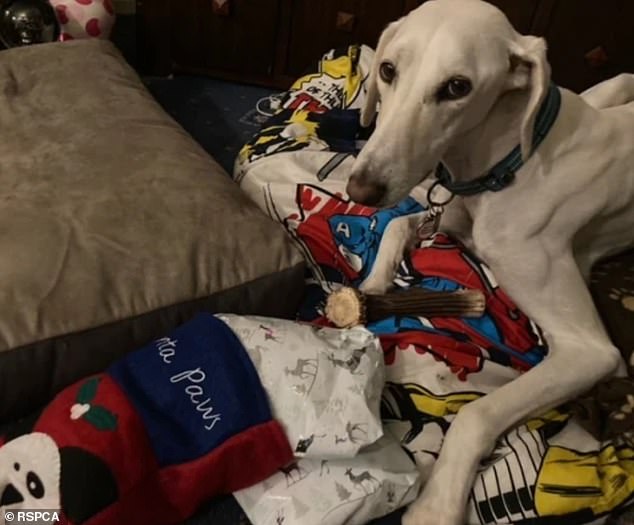 Dasher has taken more time to settle into his new home but is starting to show his cheeky side, Kelly said 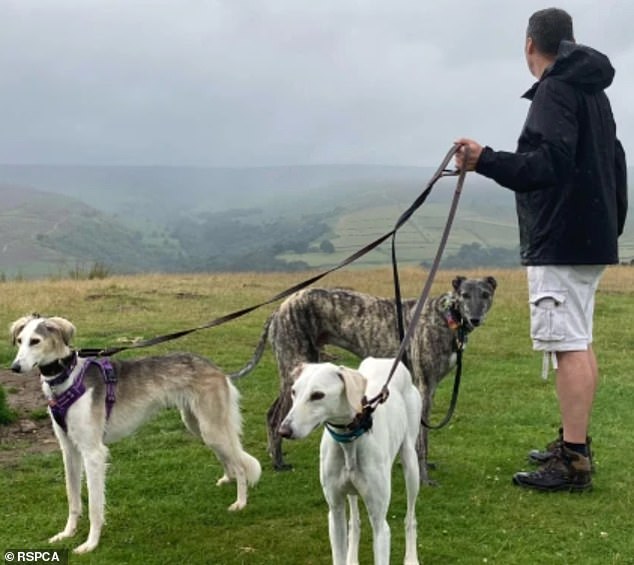 Eve and Dasher are still a bit nervous around traffic, so Scott and Kelly take them on long country walks with their rescued Greyhound, Biscuit, pictured

Kelly said she cannot wait to spoil the new pups, who will have their first Christmas in a forever home this year.

The animal lover said the dogs have all advent calendars with treats, and she plans on having them strike a pose for their own Christmas card.

They will also get their own Christmas stockings filled with presents, and they’ll be treated to a special meal and a long walk on Christmas day.

While she said she is happy that Dasher and Eve will finally get to enjoy Christmas in a forever home this year, Kelly added she feels sad that so many dogs are still out there and won’t get the Christmas they deserve. 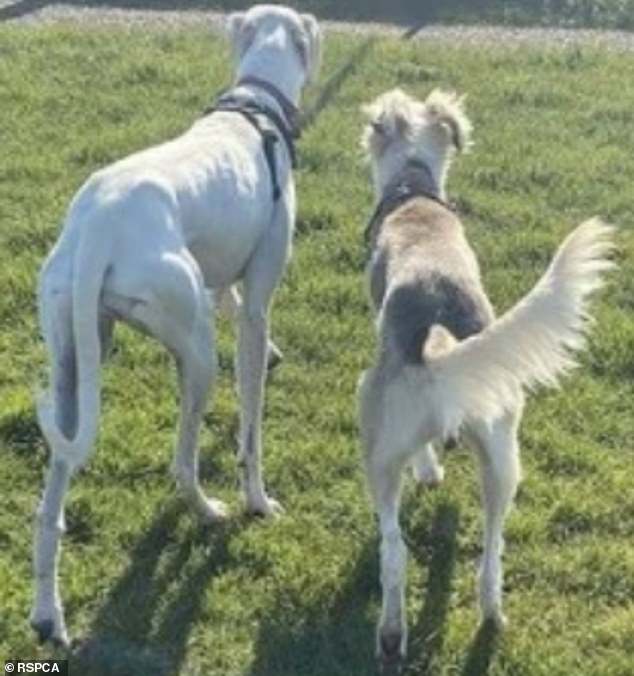 The two best-friends, who were found together, are now living together in the same forever home, pictured on a walk

White Night taps into the physical, sensory and spiritual in new expanded program 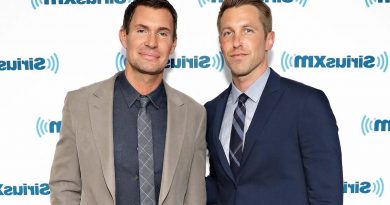