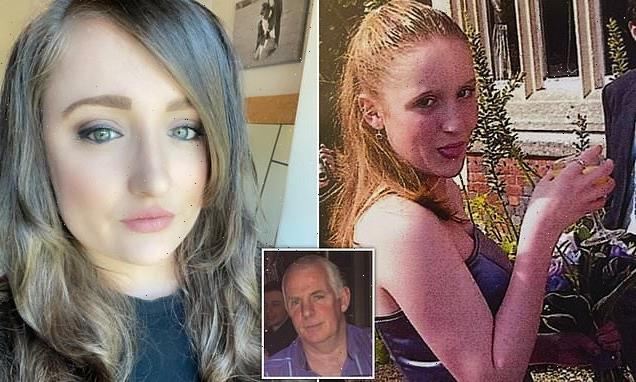 Woman who was abused by carer, 35, at council-run children’s unit when she was 15 reveals how her teenage diary where she documented the abuse helped bring him to justice 10 years later

A woman whose care home abuse was revealed when someone read her teenage diary has been awarded £100,000 in compensation, five years after the man who attacked her was sent to prison.

Holly Hamilton from Falkirk, was preyed upon by carer Gordon Collins who swooped on the then 15-year-old when she was living under his watch at a council-run children’s unit.

Holly, who is now 31 and has waived her right to anonymity, revealed he abused her in the gym, on an inflatable slide and even told her he wanted to leave his wife for her, despite the fact he was 35 years her senior.

But opportunities to catch him failed at the time, and it took another ten years before the paedophile was jailed after it was revealed that he had also attacked another three teen girls. 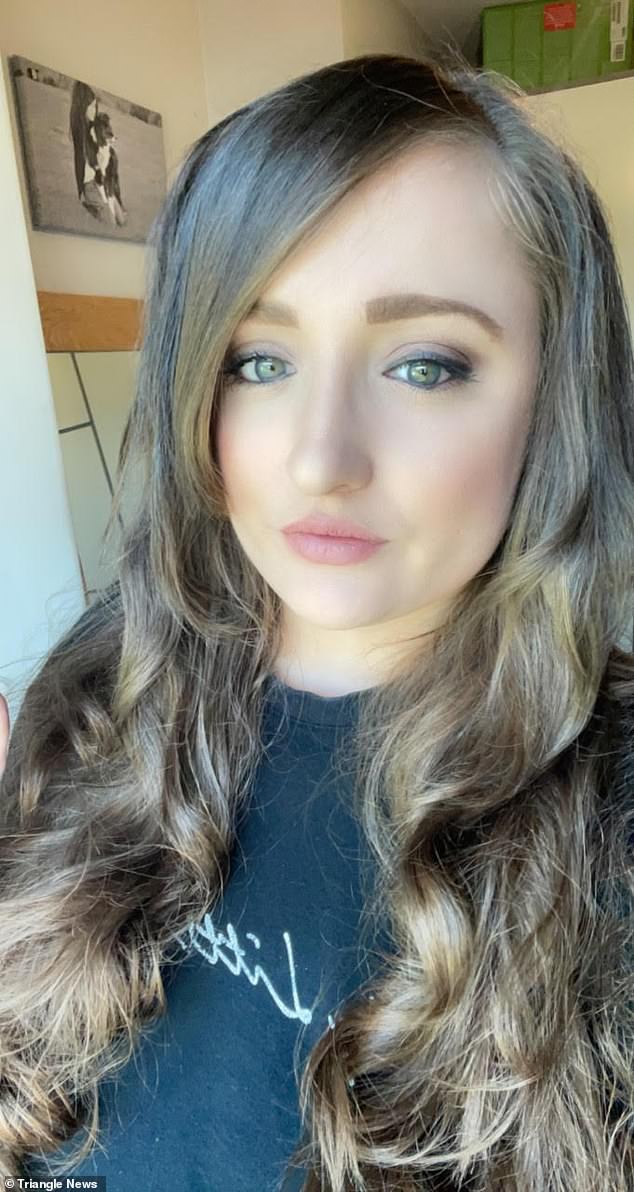 Holly was first sent to Northfield when she was around 14 after her parents split up but ended up in St Katharine’s, a secure unit, after her behaviour deteriorated. Pictured: aged 15

Holly has now finally received a payout for the abuse and says the sum makes a mockery of the debilitating effect the paedophile has had on her life.

She said: ‘I lost my fiancé. I lost my house. I lost my job. I lost pretty much everything because of what Gordon Collins did to me.’

‘I have Complex Post Traumatic Stress. I have chronic insomnia. I haven’t had a normal night’s sleep in five years.’

‘I get flashbacks on a daily basis and at my worst I hallucinate that I see him.’ 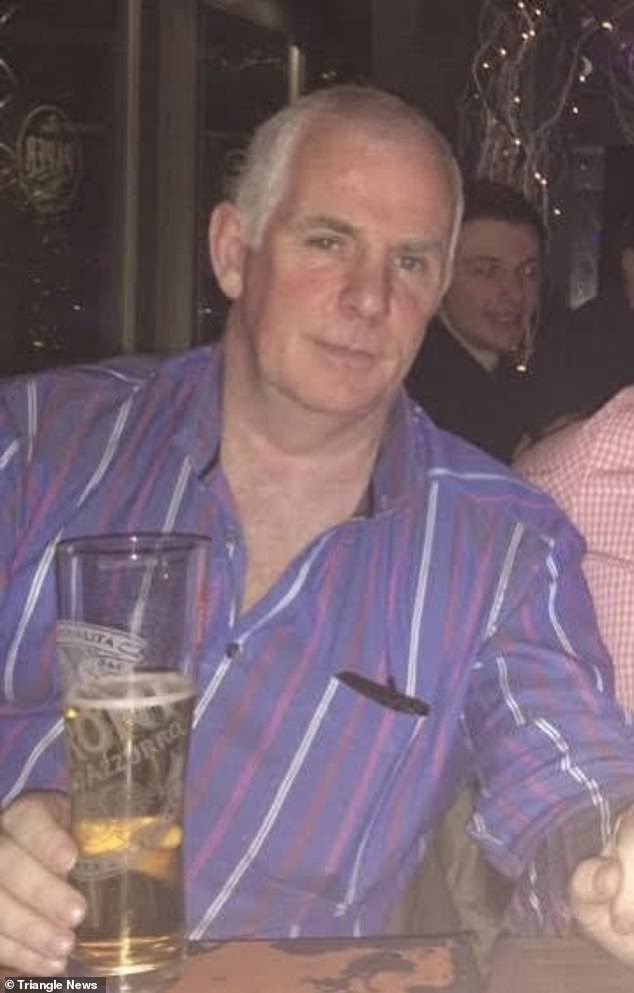 Collins is serving 10 years in prison for abusing four children, including Holly, between 1995 and 2006 at two residential children’s homes run by the City of Edinburgh Council – St Katharine’s and Northfield Young Persons Unit

‘I have severe agoraphobia. If someone walks near me and looks remotely like him, their face morphs into his.’

‘And what’s worse is If they’d have listened to me in the first place I’d have got my life back on track by now.’

Collins is serving 10 years in prison for abusing four children, including Holly, between 1995 and 2006 at two residential children’s homes run by the City of Edinburgh Council – St Katharine’s and Northfield Young Persons Unit.

Holly was first sent to Northfield when she was around 14 after her parents split up but ended up in St Katharine’s, a secure unit, after her behaviour deteriorated. 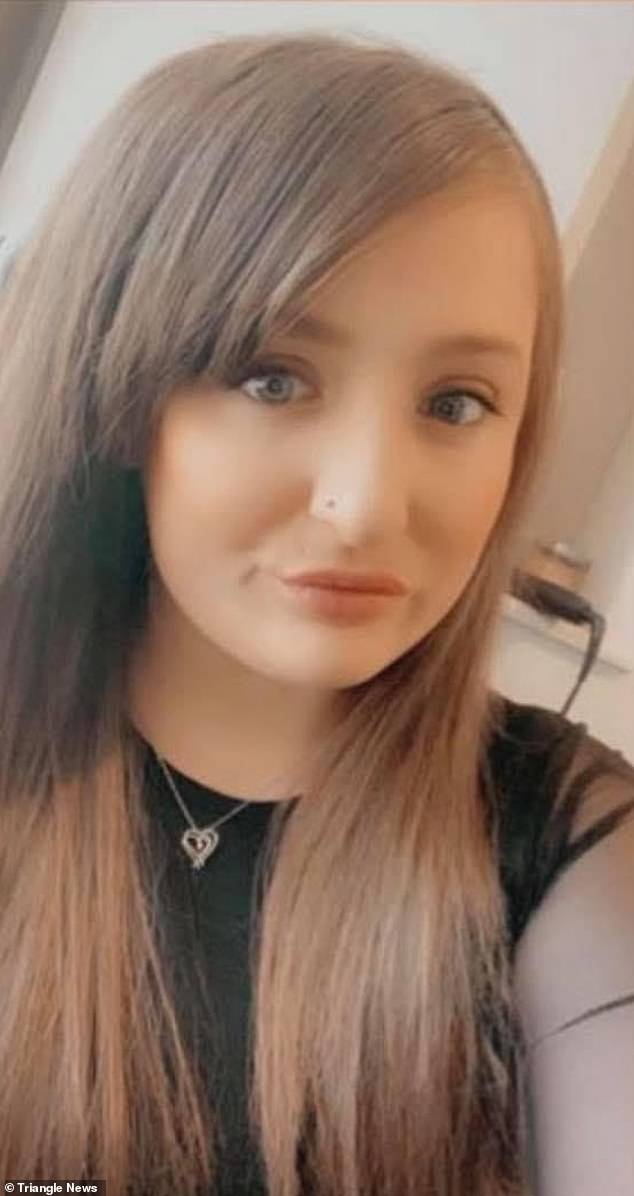 Holly spent two years self harming after admitting the abuse to her care staff and even carved Gordon’s initials into her thigh because she felt staff at the unit didn’t believe her. Holly pictured now 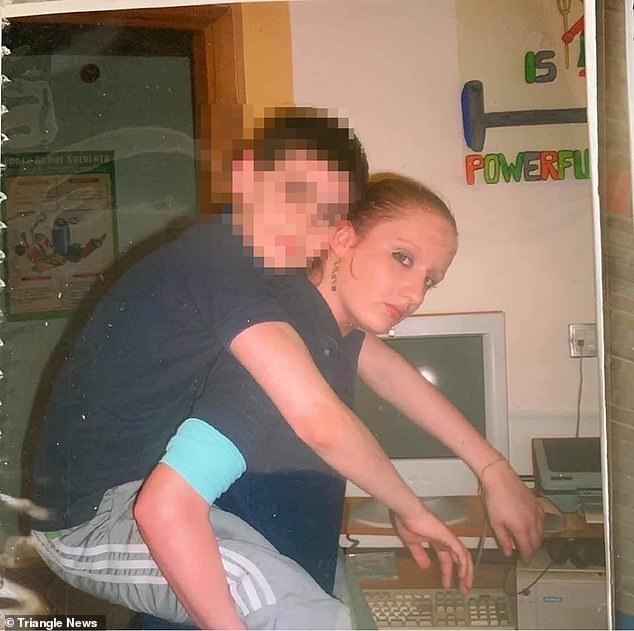 Holly shared a room with two other girls and while she was out they found and read her diary, which detailed her abuse at the hands of Collins. Pictured aged 14

She initially met Collins in Northfield, where he was a carer, and said he was well liked by the children as he would spend time playing pool with them and dishing out sweets.

When she was moved to St Katharine’s he followed, working as a carer there too.

But before long, Holly said he began to make excuses to spend time with her, always answering when she rang the buzzer in her room and escorting her to the gym. 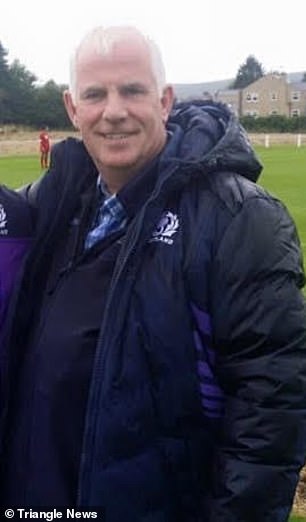 Gordon Collins, who abused Holly Hamilton in a care home. He was jailed for six years in June 2016 after being found guilty of indecency offences against four underage girls and the rape of one of them

‘I was young. I was naive. I was in this children’s home and he gave me attention,’ Holly remembers.’

‘At the start I thought it was a relationship. He’d bring me in sweets and he would just spend time with me.’

‘At the time I wanted someone to treat me as a grown up and not a silly little girl.’

He then began to do unprofessional things, like cuddle Holly and then began kissing her on the cheek, before moving to the lips.

‘It then went to the neck, biting me on the neck, groping and then him telling me how much he loved me,’ Holly said.

‘It was in my room, in the education corridor, in the gym.’

‘A few months in I said ‘Look this needs to stop, this doesn’t feel right’ and he backed me up against a wall and said ‘You know I love you, you know my wife doesn’t give me any attention, I’m not happy with her, I want to be with you.’

‘He never mentioned my age.’

After two months the sexual assaults became more serious, with Collins putting his hands up her top and down her knickers. 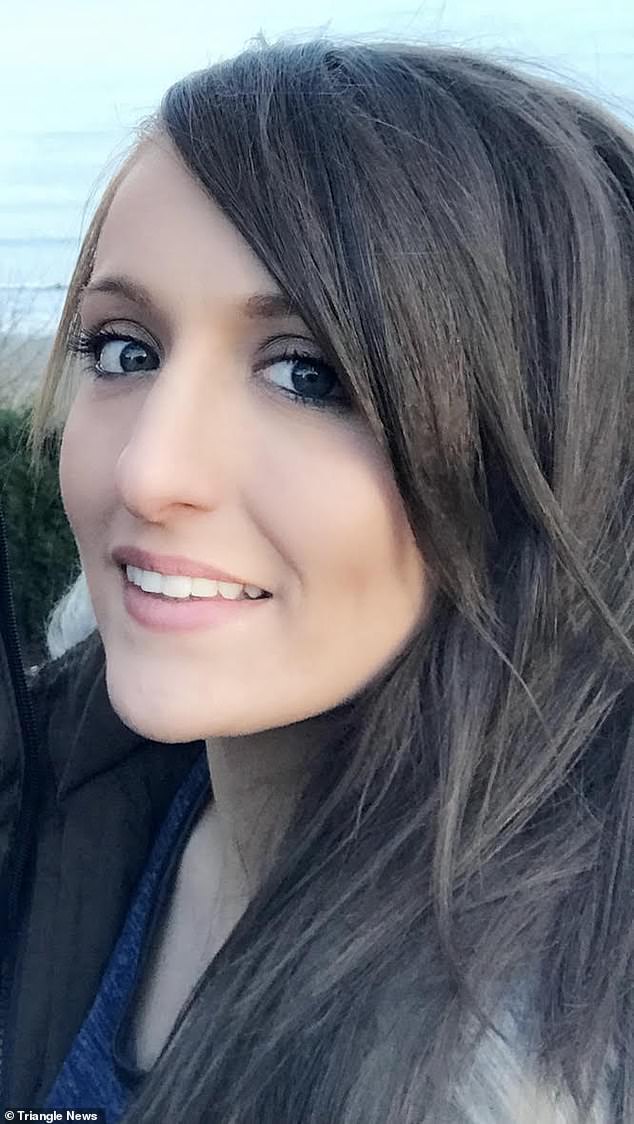 Holly sought the advice of a solicitor in August 2017 and it took four years to secure a £100,000 payout from the City of Edinburgh Council. Pictured: Holly now

‘That’s when I started getting really fearful and anxious. I thought ‘this shouldn’t be happening.’ Holly said.

During one incident, staff had set up an inflatable slide in the centre’s gym hall and Collins groped Holly as they went down it together – with him even growling sexually at her when they hit the bottom.

In July 2006, a month before she turned 16, Holly and a group from the centre went on an activity trip.

She shared a room with two other girls and while she was out they found and read her diary, which detailed her abuse at the hands of Collins.

Staff were informed and Holly was interviewed, although she admitted she ‘didn’t really want to speak to them because I thought I’d done something wrong and I didn’t want to get him into trouble.’

Police were informed and took Holly’s diary but later said there was insufficient evidence and Collins resigned.

Holly spent the next two years self harming and even carved Gordon’s initials into her thigh because she felt staff at the unit didn’t believe her.

She cut her wrists and wrote ‘Nobody believes me’ on the walls in her blood.

Tragically she became addicted to heroin at 17, but managed to get clean a year later and hasn’t touched alcohol or drugs since.

She got a job and moved to Lanarkshire where she met her fiancé.

But in 2014, on her 24th birthday, police approached her about the historic abuse.

‘They said they had my diary pages that they’d got from ten years ago. I’d never seen it since I was 15 years old, and that formed a major part of their investigation,’ Holly said.

It transpired Collins had also abused other teens in his care.

He was jailed for six years in June 2016 after being found guilty of indecency offences against four underage girls and the rape of one of them.

That sentence was upped to ten years when he later appealed.

The court noted that nothing had come of an investigation into his conduct in 1997 and it was only when Holly’s diary was found that he was suspended.

Advocate depute Jane Farquharson told Edinburgh High Court: ‘Rather than care and protect, he has sought to exploit these children.’

St Katharine’s is one of eight local authority establishments under investigation by the Scottish Child Abuse Inquiry.

Holly sought the advice of a solicitor in August 2017 and it took four years to secure a £100,000 payout from the City of Edinburgh Council.

She now says the worst thing about the case is the ‘cover up culture’ within councils.

‘In some ways it’s worse than the abuse,’ she said.

‘The amount of failings they noted was ridiculous. There were so many failings – that management were unwilling to believe accusations from young girls because they put it down to trouble making and rumours.’

‘I’m not saying I’m doing this because I want £1m, that’s not the case, but I wanted to just not worry about having to rush to get mentally better and having to go out to work.’

‘I can actually spend time working with my therapist and healing and not having any stress.’

Holly’s solicitor, Karyn McPhee of Slater & Gordon, said: ‘I was pleased that the legal team working on Holly’s behalf secured a settlement for her shortly before her case was due to proceed to a hearing in the Court of Session.

‘Holly was very stoic throughout the litigation process and was admired by all of us that worked with her.’

A spokesman for Edinburgh City Council said: ‘The Council does not comment on individual legal matters.’

Detective Inspector Keith Fairbairn from Police Scotland’s Public Protection Unit based in Edinburgh, said: ‘A report of sexual assault in 2006 was fully investigated by Lothian and Borders Police, and, at that time, the suspect was detained and interviewed. He was released without charge.’

‘Further investigation in 2014 by Police Scotland linked this to a report of non-recent sexual abuse made in 2011, relating to offences committed between 1995 and 1997.’

‘This provided corroboration under the Moorov doctrine.’

‘Further proactive investigation identified two more complainants. Taken together these reports led to the trial and conviction of Gordon Collins in 2016.’

‘Police Scotland will always respond to reports of child abuse and exploitation.’

‘We understand how difficult it can be to report such offences but be reassured we will listen and we will investigate.’

‘If you or anyone you know has been a victim of child abuse, please contact us on 101, or 999 in an emergency.’ 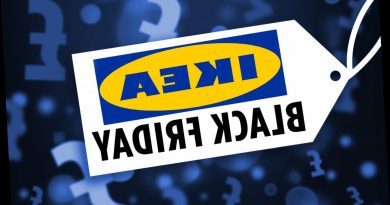 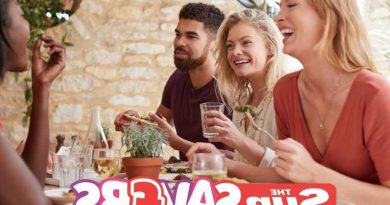