Are you feeling unsure about whether breaking up with your partner is the right thing to do? Here, a relationship therapist shares her advice on how to know when it’s the right time to end things with someone and what to do about it.

Welcome to The Curiosity Academy, Stylist’s new learning hub where you can access workshops, how-to guides, new research and learn the most up-to-date skills from the UK’s most in-the-know people.

You’re probably used to hearing about break-ups from the perspective of the person who has been broken up with. Of course, that rarely feels like a good position to be in, as it often causes heartbreak, disappointment and resentment. But breaking up with someone can also be a difficult and painful experience. The guilt that comes with inflicting heartbreak on someone else can feel debilitating, as can making such a big decision like breaking up with a romantic partner you care about.

Ending a relationship is a personal experience but it’s also one in which you’re probably having to prioritise someone else’s feelings. You have probably spent weeks, months or maybe even years contemplating whether breaking up with someone is the right thing to do. Figuring out what you’re going to say to them and then navigating that post-romantic relationship can also be time-consuming.

“Just because a relationship has ended, that doesn’t mean it wasn’t successful,” says Stephanie Ambrosius, a relationship therapist who uses CBT methods to help individuals and couples deal with various issues. “I help a lot of couples who have to stay in touch after a break-up,” Stephanie says, explaining that many of her clients are bringing up their children together or have other commitments that mean they have to try to maintain a positive relationship.

But even if there is nothing tying you and your ex together after a break-up, making the process as pain-free as possible for both of you is still a good idea. Here, Stephanie shares her advice on how to do so, from deciding whether a break-up is the right thing for you, to navigating that difficult conversation and maintaining a healthy post-romantic relationship.

How to decide whether to break up with a romantic partner

“Before you break up with your partner, take some time to think about whether it’s definitely the right decision,” Stephanie advises. She explains that there are often other factors affecting people’s decisions to break up with their partners which can blur their judgment. They include:

If you are facing any of these issues, they might be things you can work through together with your partner.

If you’re not facing any of these issues, and you’re still unsure if breaking up is the right thing to do, Stephanie recommends asking yourself the following questions:

If you’re answering no to some or all of these questions, it’s probably time to consider breaking up with your partner.

Don’t decide that it’s over on your own

Stephanie does stress that you should have some conversations with your partner before you actually break up with them. This is because you should allow them a chance to defend themselves or to offer to work through the issues you’re facing as a couple.

“They might be thinking the same thing or they might not know you’re feeling this way and there might be a lot of things you can change to get your relationship back on track,” Stephanie says. Only you will know if the issues are too significant to work through.

How to plan for your break-up

“I think it can be beneficial to wait for the right time to break up with someone,” Stephanie says. “Consider what’s going on in your partner’s life and be compassionate,” Stephanie says. She explains that it might be worth delaying a break-up if your partner is going through a difficult personal experience, like difficulties at work or the loss of a family member.

“But don’t leave it for too long or use birthdays, holidays or events you have planned as an excuse to delay breaking up,” Stephanie says. “I’ve seen people who have stayed together for years because they never found the ‘right’ moment to break up,” she adds.

There will probably never be a perfect moment to breakup with someone, Stephanie advises, so have some perspective when it comes to putting it off.

“If you feel safe with the person you’re breaking up with, a home in a quiet space is probably the best place to have a difficult conversation like this one,” Stephanie advises. “It’s best to do it where other people won’t be able to hear and so can’t get involved – definitely avoid clubs, pubs and restaurants and make sure neither of you are intoxicated.”

Stephanie says that breaking up with someone over the phone is not a good idea. Phone calls should be a last resort, for example, if you don’t feel safe with the person or you won’t be able to meet them in person in the near future. However, Stephanie stresses that you should never break up with someone via text message. Not only can texts be misinterpreted but they don’t offer real closure.

Position things from your perspective and stick to the facts

“Transparency is good when it comes to breaking up with someone but try to avoid making the other person feel bad,” Stephanie advises. “Always speak from your perspective,” she says, adding that you should try to start your sentences with ‘I’ rather than ‘you’.

Rather than saying, “you never want to spend time with me”, try “I’m not satisfied with the amount of time we spend together”, Steph suggests. “Never perceive intentions,” she adds. “Stick to the facts that the other person can reflect on.”

You should also offer the other person a chance to speak, Steph advises, adding, “try not to ambush them.”

“You want to feel like a good person after your breakup and you want the other person to feel as good as is possible too,” Stephanie says. “Listen to what they have to say and stay calm because you can’t control their response,” she advises. “You can offer them sympathy but don’t go back on what you’ve said because of their reaction if this is truly what you want.”

From this point, it’s crucial to set boundaries. “You need them to know that while you can offer them support, there’s no going back on the break-up,” Stephanie says.

How to have a positive experience after your break-up

Take some space away from each other

Space and time are, famously, what heal a broken heart and Stephanie confirms that taking space from your ex is crucial in allowing you both closure. “You can be there for them sometimes but only if you have boundaries in place so you don’t come to rely on each other,” she says. Part of the boundaries you put in place should focus on preventing intimate contact. “Avoid break-up sex,” Stephanie says.

Make sure that you’ve got supportive people around you who you can speak to too, Stephanie advises. You’re probably used to going to your partner for support so having someone else there can help you successfully take the space from them you need.

“You have to own your emotion and they have to own theirs as well – they’re an adult and they will get through it,” Stephanie says, adding that if you are seriously concerned, you could ask a mutual friend to check in on your ex. “But, ultimately, checking on them won’t be your job anymore, so there’s only so long you can do this for,” she says.

“It’s too hard for many people to be friends with their exes, particularly when they start to date someone else,” Stephanie says. “If a friendship is going to happen, it will be gradual and organic,” she explains. “Right at the beginning of the breakup, you can’t expect to be friends – you have to live without that person for a while because you can’t rely on them anymore.”

“If you are going to be friends, you will gravitate back towards each other when the time is right,” she says, adding that reaching out at a later date when you both might have achieved a certain amount of closure can be a good idea.

“Your ex might not want to be friends and that’s a risk that you have to be willing to take when you break up with them. But if you set healthy boundaries right away, you’ll have a better chance of a successful friendship,” Stephanie says.

You can read more relationship advice at Stylist.co.uk.

Stephanie is a psychodynamic therapist who also uses cognitive behavioural therapy and neuro-linguistic programming. She is the founder of SA Therapies, where she works with couples and individuals to explore and understand their relationship obstacles and to improve their mental health. 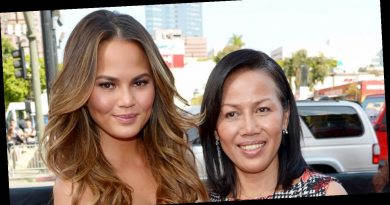 Chrissy Teigen's Mom Pepper Thai to Release Her Own Cookbook 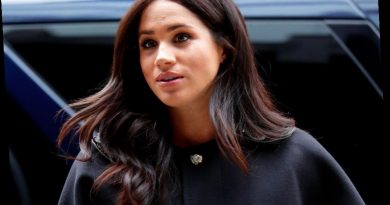 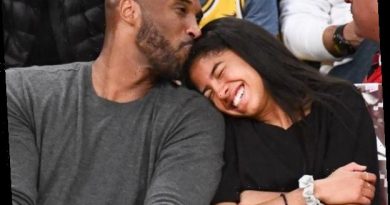