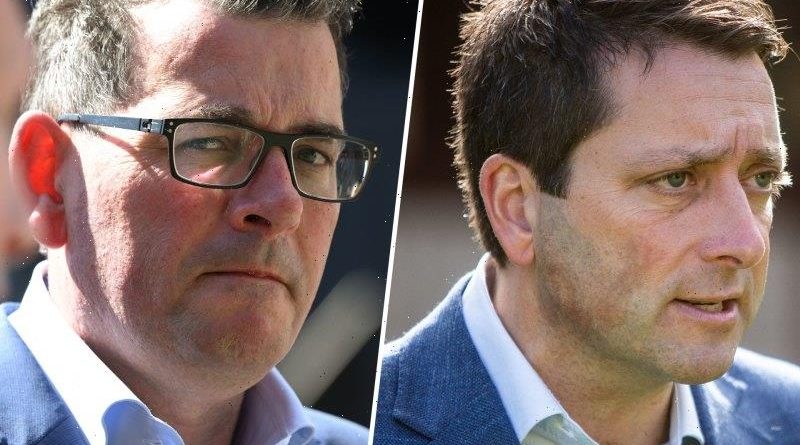 It’s like climbing Mount Everest, backwards, in a blizzard and without oxygen. 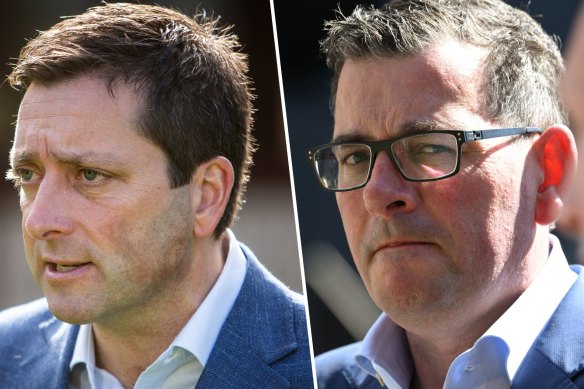 By framing the almighty task in such a way, Guy has two objectives: expectations management and perhaps putting in an early bid for four more years in a job. But more on that later.

Guy is right when he suggests the Liberal-National Coalition has a mountain to climb to make it onto the Treasury benches this election. There have been only five changes of government in Victoria since former premier Henry Bolte won in 1955, and Labor has been in government for 19 of the past 23 years.

But in history, the Coalition can also find a glimmer of hope.

When former Liberal premier Jeff Kennett went to the polls in 1999, Labor – led by the relatively unknown Steve Bracks – required 13 seats to win government. Leading up to the election, the opinion polls had Labor losing seats. But a backlash in regional Victoria delivered a thumping blow to the Coalition and saw Bracks form government with the support of rural independents.

While the Liberal Party’s vote largely held up in metropolitan seats, Kennett, who was considered arrogant and city-centric, suffered dramatic swings in regional seats – the same spots where pollsters report Premier Daniel Andrews is struggling to find support.

Coalition MPs, encouraged by the parallels with 1999, are also leaning on John Brumby’s unexpected defeat in 2010 as proof anything is possible. Back then, a statewide swing against Labor of more than 6 per cent saw the Coalition pick up 13 seats and form government by a whisker.

These neat comparisons may offer the Coalition hope, but with a younger electorate and a growing distrust of the major parties, the electoral landscape is not what it was in 1999 or 2010, making Guy’s path to victory much harder.

The Coalition’s 2018 thumping left it with just 27 of the 88 seats in the lower house, meaning it will need to gain 18 seats to govern in its own right, or a uniform swing of between 9 and 11 per cent.

Polling for the Coalition has picked up since campaigning started, but with Liberal and National MPs defending seats from teals, Labor and rural independents, even the opposition’s biggest optimists are doubtful.

A uniform swing of between 4 and 6 per cent away from Labor may not lead to a change of government – as it did in 1999 and 2010 – but it could be enough to force Labor into minority government which is a much more likely outcome.

The Greens are increasingly confident of winning Richmond and Northcote, and still think they are in with a chance in Albert Park. Such an outcome would double the Greens’ representation in the lower house. An expanded crossbench is also likely to include a new crop of rural and Climate-200 backed independents with the seats of Kew, Benambra, Mornington and, increasingly, South-West Coast all at risk.

Andrews insists he won’t make deals with the Greens or any independents to form a majority, but he’ll break that promise if it means he can remain premier.

While minority governments don’t always lead to instability, such an outcome would make it difficult for Andrews to deliver on his election promises. A crafty opposition could also use a minority government to its advantage as did Tony Abbott while opposition leader in the Rudd-Gillard years.

With Victoria stuck with a growing debt and a government facing at least four corruption investigations, the Coalition will be a laughingstock if it can’t claw back any ground on Saturday. You’d have to ask, what’s the point? But even a net gain of 10 seats would only return it to a similar level of representation it had shortly after its 2014 election loss, meaning Guy’s tenure at the top could be best described as an eight-year journey to the status quo.

When Guy challenged Michael O’Brien for the leadership last September, veteran Liberals warned him he wouldn’t get a third chance. But his best argument to stay in the job might be that his natural feistiness and history as a political brawler is better suited to fighting a minority Labor government.

While Guy’s future job prospects after the election are less certain than Andrews’, a loss of seats for Labor may affect the premier’s attitude and authority in the next parliament.

Labor’s campaign, rather bravely, has centred around Andrews, who pollsters report is increasingly a drag on Labor’s vote. Any significant shift away from Labor will be used by factional rivals to challenge the premier’s judgment and authority. It could even act as a uniting force to bring together the party’s fractured Right faction to push for one of their own to be the party’s next leader.

While the polls, and history, suggest Labor will stay in power, this should not be viewed as a status quo election.

Expect to see dramatic swings in once-safe seats, a rise of independents in affluent inner-Melbourne electorates as well as rural electorates, and a further drop in support for the major parties.

Swings are rarely uniform, but this election is likely to produce radically disparate results across the state, and realign Victoria’s political landscape.

The Opinion newsletter is a weekly wrap of views that will challenge, champion and inform your own. Sign up here.

More from our award-winning columnists

An anxious nation: Mortgage stress, COVID burnout, extreme weather and the cost of living crisis – no wonder Australia’s status as the “lifestyle superpower of the world” is under threat – Nick Bryant

The future of democracy: Australia must learn from America’s descent into extreme inequality, which has led to deep discontent. It must also do more to civilise “social” media – the great amplifier of hate – Peter Hartcher

Behind the interview: Shane Warne may have been the greatest bowler legendary interviewer and cricket lover Michael Parkinson has ever seen, but he’s not his favourite interview – Peter FitzSimons 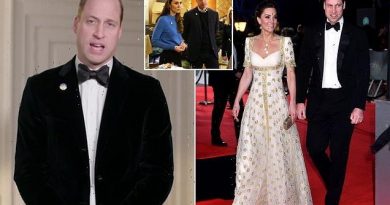 Did Prince William skip BAFTA because of the war in Ukraine? 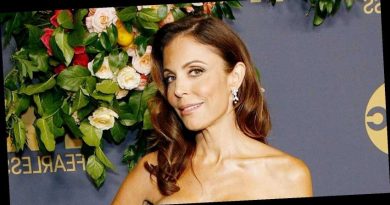