Home » Lifestyle » A House Made of Splinters Review: A Heart-Tugging Documentary Portrait of Children in Limbo

In the same way that children at slumber parties share ghost stories after dark, a group of young boys regale each other with tales of horror in their shared dorm, as a kaleidoscope lamp casts strange, shifting patterns over their faces for extra atmosphere. These aren’t supernatural chestnuts or spooky urban legends, however, but grim recent anecdotes. One boy recalls how his father stabbed his mother in the chest, only to be released on a pardon; his peers, shrugging and sometimes laughing, reply with their own experiences of abuse. Neglect and abandonment is what unites the young residents of the Lysychansk Center in Eastern Ukraine, where the children of unfit parents are sheltered for up to nine months while their next steps are decided. In Simon Lereng Wilmont’s exquisitely intimate documentary “A House Made of Splinters,” the camera waits with them, quietly observing a fragile limbo period from which life can go in any number of directions — including, for the least fortunate, a return to the hardship they left in the first place.

Danish docmaker Lereng Wilmont knows his turf here: His excellent debut feature, 2017’s Oscar-shortlisted “The Distant Barking of Dogs,” adopted the perspective of an orphaned Ukrainian boy living near the frontline of the War in Donbass, his pre-teen naivete dented and toughened by the conflict of adults. His second study of troubled Ukrainian youth takes place a little further away from the hot zone — shellfire doesn’t reverberate through the sound design the way it did in “Dogs” — but the draining effects of the ongoing war on the territory’s embattled population are much in evidence. “Life has always been bad here, but the war has made things even worse,” reflects one of the orphanage’s three proprietors in a running voiceover that perhaps over-describes the anguish that Lereng Wilmont’s perceptive camera already quite plainly captures.

That’s not to say that “A House Made of Splinters” — the title seemingly alluding to the broken-off lives contained within — is entirely a downbeat exercise. Rather, it’s an affecting diary of life continuing in the worst of circumstances, disrupted equally by sorrow and fleeting joy. Take the opening sequence, following a social worker as she perkily breezes through the dorms with a morning wake-up call, jostling bleary-eyed kids into a vigorous musical aerobics routine. The wholly female staff at Lysychansk labor above all to bring a sense of normality and routine to lives that have thus far been characterized by instability — whether because of parents’ alcoholism, domestic violence or other mental illness stemming from war-related PTSD. “Every tenth door here hides a broken family,” the voiceover continues, describing the shattered region that the shelter serves; here, staff forge a sense of family from the fragments.

From the large body of kids living within Lysychask’s peeling, none-too-fancy walls, Lereng Wilmont isolates a handful of individual narratives — some more complete in their arc than others, as befits a collection of splinters. Shy Eva has been there nearly nine months, during which time her disappearance-prone mother has failed to get her act together. “I’m fine, is Mom drinking again?” she asks over the phone to a relative, her voice creased with a resigned weariness that no child so young should have mastered. Her deadline is approaching, after which she may be sent to an orphanage, unless her estranged grandmother agrees to be her guardian — not a given in such fraught times. For the younger, cherub-faced Sasha, blood relatives are not an option, though when a lonely single woman expresses an interest in fostering her, the film is warmed by the promise of mutual healing.

There’s less of an obvious happy ending in sight for spiky teen Kolya, who arrives at the shelter with younger siblings in tow. He has been disappointed often enough by his negligent mother to have stopped hoping for better. Instead, petty criminality and a kind of juvenile nihilism have taken hold, performatively represented by the word “JOKER” scrawled on his hand in magic marker — to the motherly dismay of an in-house counselor. He takes her repeated pep talks with good humor, but she knows she’s running out of time, as the likelihood looms of Kolya being separated from his siblings and sent to an orphanage for older children. The staff of Lysychansk are dedicated, but also wearily realistic about the number of children they actually manage to “save”: Sometimes, we are told, their wards return to the center years later as troubled parents themselves, leaving their own children behind, and the cycle begins anew.

Lereng Wilmont’s filmmaking doesn’t get too caught up in rhetorical hand-wringing, however. This is a predominantly observational affair, marked by unusual tenderness and human interest, shot with a camera that feels all but invisible to its subjects — belying the director’s delicate, precise approach to light and framing. Some of the most memorable, moving scenes here capture children in everyday states of play and rest, frequently teasing and fighting, but also showing each other the casual affection that they couldn’t take for granted at home. Elsewhere, “A House Made of Splinters” indulges in passages of visual poetry — light dancing on enraptured faces, two children’s silhouettes tracing the patterns on a backlit voile curtain — that feel earned, granting breathing space and beauty to an environment that needs them most.

‘Why Not Us: Southern Dance’ Expands On The Tradition Of HBCU Culture At The ESSENCE Film Festival 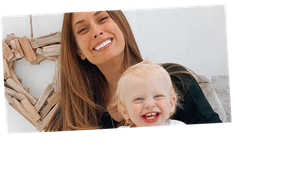 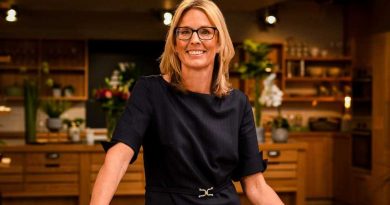