It was the end of a momentous season for classical music in New York — the first in which new music directors took the reins at the Philharmonic and the Met at the same time. A few hours before they conducted their final concerts of the season earlier this month, they got together to discuss their freshman years on neutral territory: at Lincoln Ristorante, midway between David Geffen Hall and the Met.

New Yorkers may still be learning to pronounce their names, but both men are already putting their marks on two of the nation’s most important arts institutions at moments of real challenge.

Mr. Nézet-Séguin took up his post several years ahead of schedule after the downfall of James Levine, the Met’s longtime musical leader, who was suspended and then fired amid accusations of sexual misconduct, which he has denied. And Mr. van Zweden inherited a venerable orchestra working to find a balance between tradition and innovation — and which had spent years trying to renovate its outdated concert hall.

“Conductors, our memories are not good,” said Mr. Nézet-Séguin, 44.

Then, over a bottle of sparkling water, the maestro neighbors spoke about their rookie years — their highlights, missteps and hopes. These are edited excerpts from the conversation.

What surprised you as you took over these podiums this season?

JAAP VAN ZWEDEN It’s a big joy to become a New Yorker again. People ask me, “Why do you wear a Yankees hat?” It goes back to my youth, when I was 16 and 17 years old, studying at Juilliard, and those were the times when they won the World Series. At that time, you were a Yankee fan; you never lose that.

But it is also a very tough city, sometimes: Things need to be done quick! Especially in Europe, we like to have things sink in more: Put the seed in the ground, then wait for the little flowers. Here, they want to pull the flowers out the next day.

Sometimes I like a little bit more time, but this orchestra is so fast, the New York Phil. They are ready in a split second. You start with your first rehearsal, and the moment they start to play, you think, “Wow, it’s like they’ve been ready for many days.” What is fun is you can go into details immediately.

YANNICK NÉZET-SÉGUIN For a long time musicians have been asked to be ready right away. It’s so focused; there is less time to brew things together. It takes time to break this kind of efficiency mind-set. Because everybody wants the same thing in the end. They’re such great musicians, they want to go into detail.

The only thing I wish is that I could be physically here more right away. I was not supposed to start now. I made time for it, and I knew what I was getting into. But I’m really surprised at how far I could go in changing the mind-set, trying to reset the passion that we have for music.

“I mean, our job is not to cry ourselves; it’s to make other people cry.”

What were your most gratifying artistic moments this season?

VAN ZWEDEN Conrad Tao is a young, vibrant, phenomenal musician — a composer, a violinist, a pianist. I asked him: Can you write a piece for me which goes straight into Bruckner Eight? And try to make it so that everybody will feel Bruckner was inspired by your piece? That really worked for me.

The other thing was the piece Julia Wolfe wrote, “Fire in my mouth,” which was not only a very moving piece, but had all these elements in the hall. Having almost 150 young ladies coming in singing, walking into the hall, and participating with all of us — that was an amazing moment for me.

NÉZET-SÉGUIN Maybe it’s because it was recent, but I still feel this was a defining moment: the last performance of Poulenc’s “Dialogues des Carmélites.” Of course you’re going to say that it’s not easy to miss this scene, but it was the “Salve Regina,” as they go to the guillotine.

Of course, this is a powerful scene. But at this one, I saw that many people in the orchestra, and many people from the cast and the chorus, were truly, actually crying while doing it. I mean, our job is not to cry ourselves; it’s to make other people cry.

Afterward I met some of the musicians, and some were almost apologizing, saying, “Oh, sorry, I lost it there.” And I asked, “Why are you sorry?” This is what I want us to be able to do: share music at this level, at this level of intimacy.

There is so much competition for attention here in New York, and it can be a tough media market.

NÉZET-SÉGUIN I’m not personally aware of anywhere where it’s easy. It’s an inspiring city. What’s happening here should be leading what’s happening elsewhere. At the same time, in New York we should always — and I know this is true for the Met — we should always be listening and watching what’s going on elsewhere in the country, so we can represent it better. So media-wise, I find it a challenge. It’s like, let’s do something that will captivate and capture the imagination.

VAN ZWEDEN If you see Dallas, it’s a real sports town. If you see Hong Kong, it’s a real business town. And I think we are both very fortunate because New York is a real arts town. That is a big plus for us. At the same time, we both know that every week, great orchestras come to play here. And so if you really play well, people will not always take it as enough: They want something extra, and they deserve that.

“There is a big difference between the color of a Rembrandt oil painting and a van Gogh watercolor.”

How do you want to put your personal stamps on these storied orchestras? Are there aspects of sound that you want to work on?

VAN ZWEDEN Well, my experience with this fantastic orchestra — they are phenomenal — is that sometimes, especially in the beginning of the season, they told me, “This is the sound of the New York Philharmonic, and this is how we’re going to keep it.”

And I completely respect that. But what I like to add is that it depends on the composer how your sound is, and it depends on the style of music. French music has to be played differently than Russian music. We should use different techniques. There is a big difference between the color of a Rembrandt oil painting and a van Gogh watercolor.

NÉZET-SÉGUIN That was something that one of my predecessors in Philadelphia, Riccardo Muti, was also talking about, because he was tired of everyone talking about “the Philadelphia sound.” He said, “Well, I want the Mozart sound, I want the Tchaikovsky sound.” It was a bit provocative from him to say that.

It’s a young orchestra, and the recent years have been not stable for the organization, musically speaking. Therefore, I arrived with not necessarily such a strong sense of “this is how we do it.” And I don’t mean that the quality was less. But they had a way to fit every repertoire, so that the orchestra could sound good, basically, in everything. Now we’re working to specify more.

VAN ZWEDEN To play all these different styles, week after week — it’s like they benefit from each other. They are fed by each other. I think that “The Rite of Spring” is a better “Rite of Spring” if you also know the “St. Matthew Passion.” And the other way around.

NÉZET-SÉGUIN I am so happy you said this, because for so many years it was really understood the opposite way — that you needed to be a specialist.

VAN ZWEDEN When you want to be a specialist in a hospital, you need first to be a complete doctor, to know everything. And then, if you are interested in heart surgery, or brain surgery, you can start to specialize. But first you need to have everything under your belt.

NÉZET-SÉGUIN They are wonderful people who, especially in the case of early music, advanced this music and our knowledge. But I just find it refreshing that we are in charge of organizations which have the possibility of playing everything in the repertoire.

“Opening these doors, and saying to people, ‘Please come in and see what’s happening here,’ is very important.”

VAN ZWEDEN Well, surely, I’m not going to put dry ice on my shoulder anymore! That was really wonderful. Oh my God, I had to go to a burn center and cancel for a few weeks.

NÉZET-SÉGUIN Yesterday we had a public school from the Bronx, and they came to the rehearsal room, as opposed to just attending the dress rehearsal. They got to see the kitchen. And this is the kind of thing I saw resonating very much in New York, and I want to do more.

VAN ZWEDEN Yes, we did “Phil the Hall” [a series of concerts where tickets were distributed to emergency medical workers and groups including the Coalition for the Homeless, El Centro del Inmigrante and God’s Love We Deliver]. Opening these doors, and saying to people, “Please come in and see what’s happening here,” is very important.

Are you going to conduct each other’s orchestras? That used to be more common, once upon a time.

VAN ZWEDEN It’s so good that you asked this, because he has said no to us many times, probably. But he cannot say no now! So please, Yannick, my orchestra is dying to get you.

NÉZET-SÉGUIN I would love to! It’s only a matter of scheduling. But we have plans for him, too. Of course we’re great neighbors. We will collaborate more. 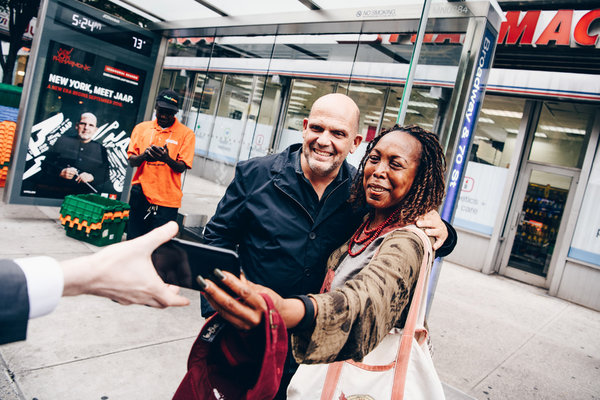 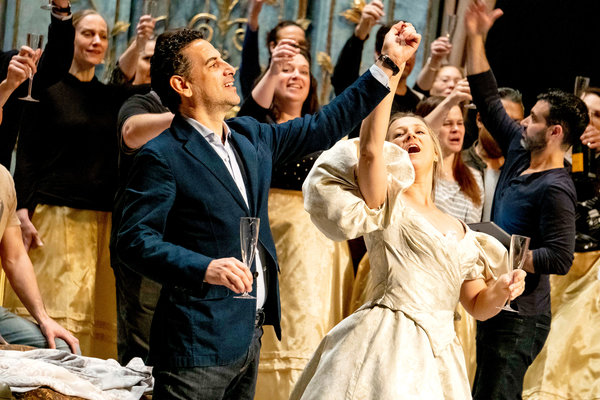 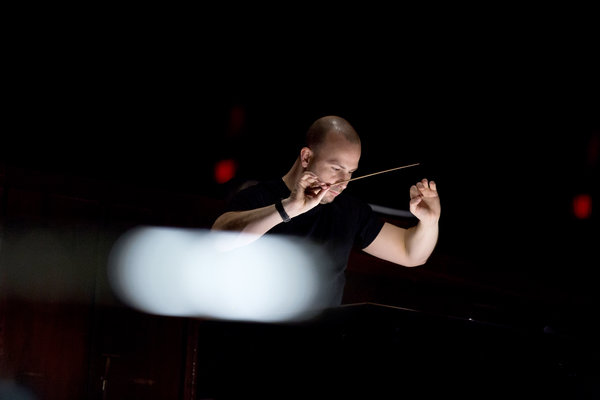 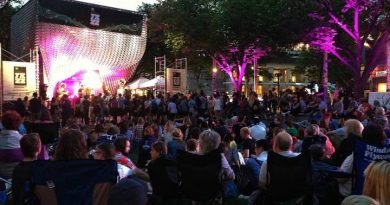 Top three things to do around Winnipeg the August long weekend 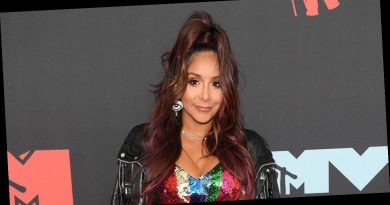 Nicole 'Snooki' Polizzi Has 'Moved On' From 'Jersey Shore'