Home » Entertainment » Welcome to season one of Nobody Told Me, a Stylist podcast 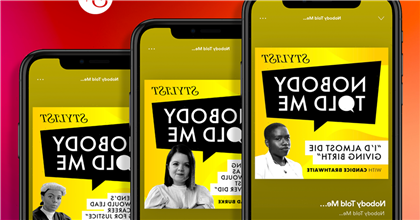 Hosted by Stylist, Nobody Told Me, season one, shares the stories of real women who have learned some of life’s toughest lessons, but have lived to tell the tale.

Just when you think you’ve got life sorted, somebody – or something – throws you a curve ball. Every day we encounter unexpected events that change what we do, how we think and who we are; but it’s how we deal with those moments that really matters.

Hosted by Stylist, Nobody Told Me will share the stories of real women who have learned some of life’s toughest lessons, but have lived to tell the tale. Through their powerful first-person talks they’ll share the details of the moment that changed their lives forever… and the lessons they learned along the way.

Welcome to Nobody Told Me, season one

Episode 1: Nobody Told Me… I’d Almost Die In Childbirth

When author and parenting influencer Candice Brathwaite (@candicebrathwaite) found herself pregnant with her first child she never could have imagined that the holistic birth she had dreamt of would end up with her receiving life-saving surgery. She shares her shocking story, and the lessons she learnt through her survival.

At the age of 18, Jemima met the man she would later marry. But after a fairytale wedding just a few years later, the relationship she had thought was for life hit the rocks. Despite several attempts to save her marriage, Jemima found herself with the most challenging of dilemmas – to prioritise the vows she’d made or her own happiness. This is Jemima’s story, in her own words.

Episode 3: Nobody Told Me… My Friend’s Murder Would Lead Me To A Career Fighting For Justice

Growing up on the Essex/East London borders, Alexandra Wilson (@essexbarrister) had a happy childhood filled with the love and security of a large group of family and friends. But her world was shattered when one of her close childhood friends was murdered at the age of 17. Through a combination of grief and a desire to change the world she saw around her, she set off on a journey which found her on the inside of the justice system.

Episode 4: Nobody Told Me… My Cats Would Lead Me To Success

Lucy’s long-time mission has been to make fitness accessible to everyone. On the face of it, it may appear like she has it all, but her journey to success has been a long and often painful one, wrought out of personal tragedy and emotional hardship. This is Lucy’s story, in her own words.

Episode 5: Nobody Told Me… I Could Work In Fashion

Stylist columnist and Fashion and Beauty Features Director, Billie Bhatia (@billie_bhatia), is one of the UK’s most respected and talented fashion writers. She’s spent the past six years shaking up the fashion world from the inside out, but growing up, Billie never saw herself reflected in the world of fashion magazines, and least of all believed that “someone who looks like me” could ever succeed in the fashion industry. This is Billie’s story, in her own words.

Episode 6: Nobody Told Me… I’d Win Gold At The Paralympics

Kadeena Cox (@kad21) started her sporting career as an able-bodied athlete, competing in numerous athletic championships as a sprinter. At the age of 23, Kadeena suffered a stroke, and later that year was diagnosed with multiple sclerosis, which shattered her sporting dreams. As part of her recovery, Kadeena moved her attention to parasports. She went on to compete in the 2016 summer Paralympics, where she broke records by becoming the first British Paralympian in over 30 years to win golds in multiple sports at the same games. This is Kadeena’s story, in her own words.

Susan Riley (@susestylist) is a journalist and editor with over 20 years experience in magazines and, having already been at Stylist for over 10 years, is our Commercial Editorial Director. Susan’s career in the world of media has been an undoubted success, but the start of her journey was marked by a series of personal tragedies which left Susan grieving and trying to cope with the loss of both of her parents. This is Susan’s story.

Episode 8: Nobody Told Me… I’d Be Abducted At Gunpoint

Originally from Abergavenny in South Wales, journalist Nicole Rayner spent her early 20s travelling in South America. On the final leg of her travels, she found herself in her dream city, Buenos Aires, Argentina – a country she says she fell in love with. But her romance with Argentina came to an abrupt end when a taxi ride turned to total terror and she was abducted at gunpoint. This is Nicola’s story in her own words. 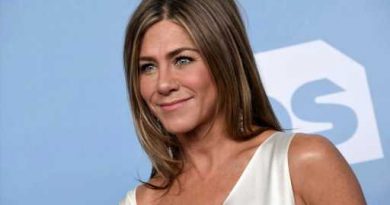 Jennifer Aniston Just Debuted a New Hairstyle (With Bangs!) in a Rare Instagram With Adam Sandler 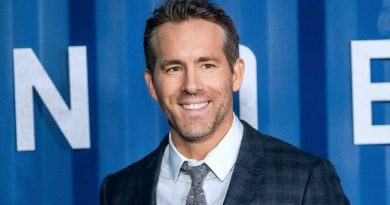 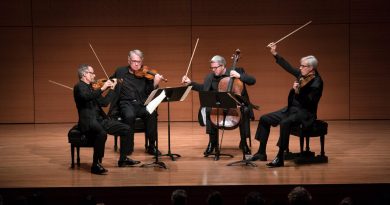