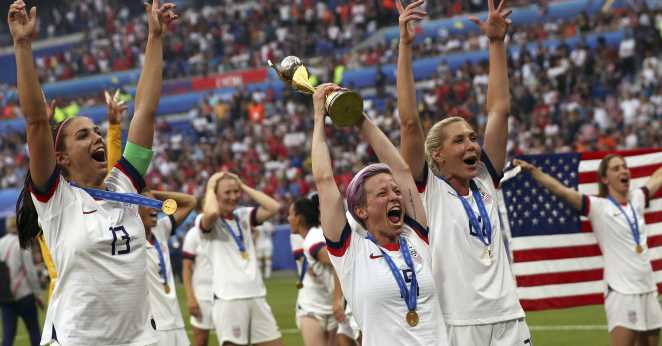 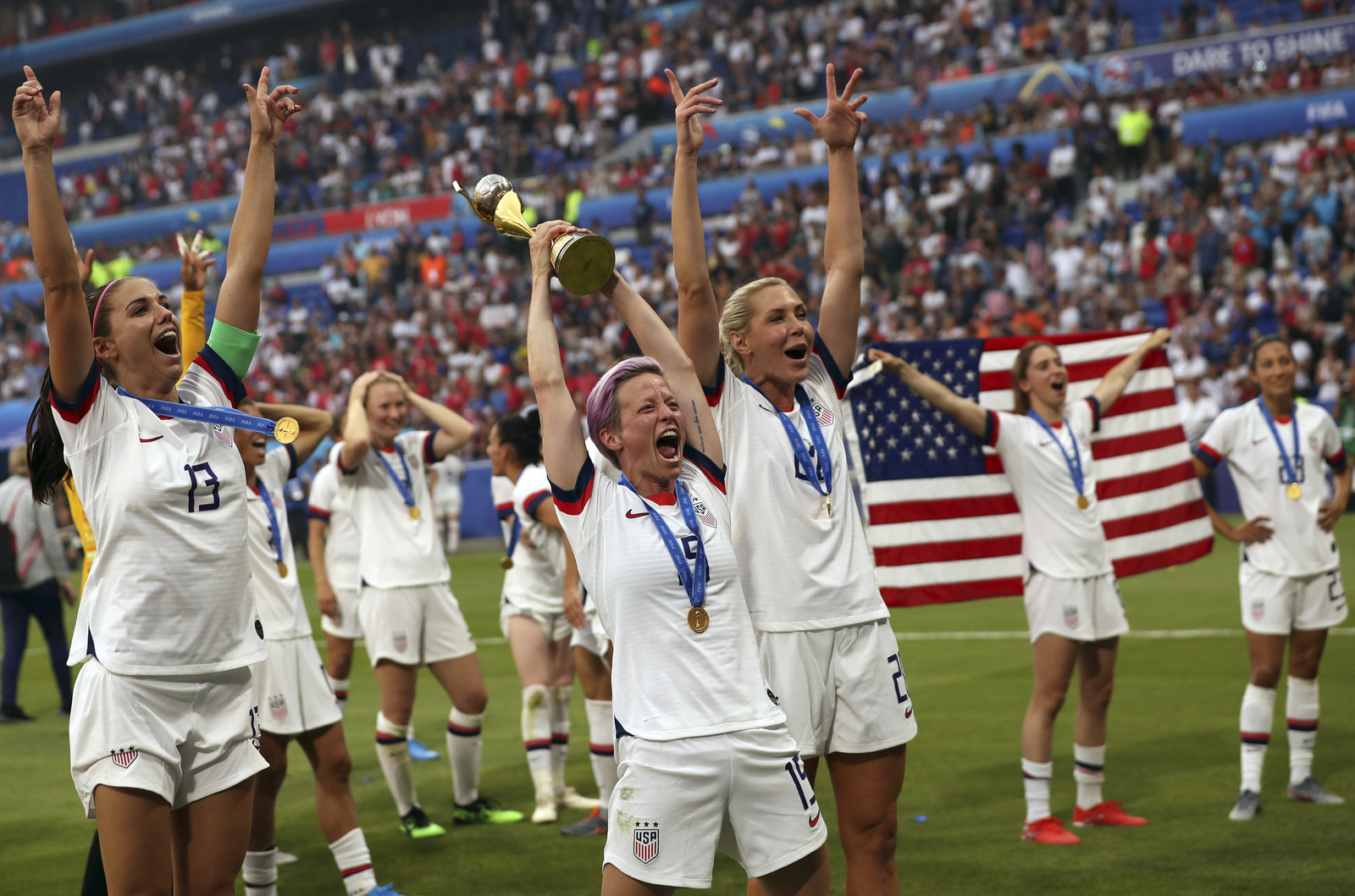 United States’ Megan Rapinoe, center, holds the trophy as she celebrates with teammates after they defeated the Netherlands 2-0 in the Women’s World Cup final soccer match.

Shortly after the final whistle solidified that the US women had clenched their fourth World Cup victory, the packed, exuberant crowd inside France’s Stade de Lyon went from cheering to chanting “equal pay!” a powerful reminder that the record-setting team is still in the crux of another battle for fair treatment.

In March, 28 members of the 2015 women’s team, including current players Alex Morgan and Megan Rapinoe, sued the US Soccer Federation over gender discrimination. In their lawsuit, the players accused their governing body of shortchanging them in pay and working conditions when compared to the men’s national team, which has not played nearly as well, didn’t qualify for last year’s World Cup, and has not attracted anywhere close to the record ratings and audiences as their female counterparts.

In fact, the women’s soccer games have generated more revenue than the men’s over the past three years, as CNBC points out. From 2016 to 2018, women’s games generated $50.8 million in revenue, compared with $49.9 million for the men’s matches.

The women’s fight for equal pay and treatment took on even greater significance this summer as the team, which went undefeated last year and has been basically crushing everything, dominated the World Cup. The team secured the US its second consecutive title and fourth championship, which is a record.

“At this moment of tremendous pride for America, the sad equation remains all too clear, and Americans won’t stand for it anymore,” Molly Levinson, the spokesperson for the USWNT players in their equal pay lawsuit, said in a statement to BuzzFeed News. “These athletes generate more revenue and garner higher tv ratings but get paid less simply because they are women. It is time for the Federation to correct this disparity once and for all.”

According to the New York Times, the prize money for this year’s Women’s World Cup is $30 million. The men’s 2018 World Cup for men had $400 million.

So, after their win on Sunday, the crowd and internet erupted, calling out the disparity and supporting the women’s team in their fight for better treatment.

Videos capture the stadium ringing with calls for “equal pay” as FIFA President Gianni Infantino walked onto the field to greet the winning team. On Friday, Infantino had proposed doubling the prize money for women who play in the World Cup, but it would still be far less than the men’s purse.

A few days before the final game, more than 50 members of Congress wrote a letter to the president of US Soccer demanding to know why the federation pays its women players so much less than the men, pointing out that, despite doing the same job, “the U.S. Men’s National Team, USWNT players are receiving inferior wages, working conditions, and investment from U.S. Soccer.”

“The inequities that these women champions have faced as members of the USWNT are indefensible,” the letter states.

Lawmakers pointed out that the “three-time world championship winning team received $1.725 million for winning the 2015 World Cup, just one-third of the $5.375 million that the US Soccer awarded the men’s team for losing in the 16 round of the Men’s World Cup.”

Furthermore, the letter notes, a woman player’s base salary is about $30,000 less than a man’s and, when including bonuses, comes out to be 38% less than a male player’s income.

Like the members of Congress, people across the internet let out another, collective, “wtf, give them their money,” after the women delivered another impressive performance.

“Speaking of earned — PAY THEM!”

People also pointed out that, not only does the USWNT consistently play better than the men, they bring in more money for the US Soccer Federation.

Several people also described fans’ energy and dedication, noting that bars were packed starting at 7:30 a.m. on the west coast. (This reporter also checked out a bar for reporting purposes and it too was at capacity).

Users also criticized how soccer’s governing bodies treat women’s teams, pointing out that FIFA scheduled two other championship games on the same day as the women’s final, which “never happens during men’s finals.”

Several others also compared the women’s recent victories to the men’s and argued that, based on performance, they should actually be paid more, because #math.

Also, fun fact: This year’s impressive final World Cup match was contested by two female head coaches for the first time since 2003, also highlighting how rare it is for women to lead women’s national soccer teams. As the AP reports, “of the 954,943 coaches worldwide tracked by FIFA, 93 percent are men.”

More on the women's world cup 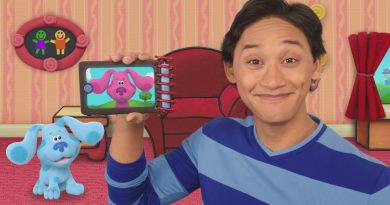 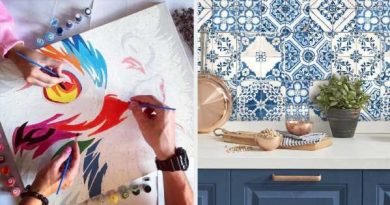 37 Products That'll Make You Say, "Wait, Am I Good At Everything?" 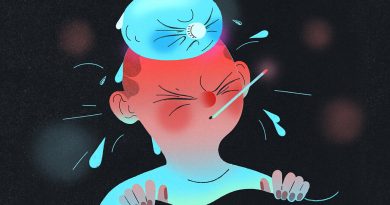 Why Are We So Afraid of Fevers?