The Mystery Of Marilyn Monroe: The Unheard Tapes is Netflix’s latest documentary all about the Hollywood icon. Its aim was to uncover the truth about the mysterious circumstances surrounding her death but we were also left with other interesting findings.

As soon as we hear that a true crime documentary has access to never-before-seen or heard footage, we’re all over it like a rash. In the best possible way, of course.

So we knew Netflix’s latest true crime offering, The Mystery Of Marilyn Monroe: The Unheard Tapes, would be just the kind of documentary that we’d lap up immediately and lose ourselves in. The documentary was released on the streaming platform on 27 April, and since then, it has been added to the recent canon of Monroe-related content that we’re consuming with excited ferocity.

As well as Ana De Armas’ Netflix biopic and Wondery’s Even The Rich podcast delving into the life of the icon, this new documentary comes at a time when the world is developing a growing obsession with the star. But this documentary had one major aim: to clear up the mystery surrounding Monroe’s death. While there has been much speculation about Marilyn Monroe’s death, no evidence of foul play was officially found: on 4 August 1962, Monroe passed away at her home aged 36 after allegedly overdosing on drugs.

But since that fateful night, conspiracy theories have continued to swirl around what really occurred and whether all of the key details concerning her passing have come to light. As the synopsis reads: “Hollywood icon Marilyn Monroe’s tragic death spawned conspiracies and rumours for decades, often overshadowing her talent and shrewdness.

“By piecing together her final weeks, days and hours through previously unheard recordings of those who knew her best, this feature illuminates more of her glamorous, complicated life and offers a new perspective on that fateful night.”

After watching, we may have been left with our suspicions alleviated around her death but still had some pressing thoughts and key takeaways. Scroll on to find out just what they were.

The Mystery Of Marilyn Monroe: The Unheard Tapes is available to stream on Netflix now.

1. Monroe relied heavily on her psychiatrist and his family to provide stability in her own life

It’s no secret that Monroe came from less-than-desirable beginnings. She grew up in 10 different foster homes, had a history of child sexual abuse and overcame pregnancy loss. It’s because of this and her ongoing issues with addiction that she saw multiple psychiatrists throughout her life.

But what was perhaps most profound about the recent Netflix documentary is the fact that she relied so heavily on her psychiatrist and his family. The now late Dr Ralph Greenson was Monroe’s last psychiatrist and the tapes of his wife, daughter and son are the most endearing as they offer a realistic reflection of Monroe in her final months.

His wife talks fondly of their moments together, where Monroe shared anecdotes over her career and dating life. But most interestingly, Monroe relied on the Greenson family to provide clarity over her life. Dr Greenson, after the filming of Something’s Got To Give, even told his family to keep an eye out for her and said: “You guys should try to pitch in.”

His wife adds: “He wanted to make sure that she wasn’t running into some trouble. There was always great danger that she might get involved with somebody or something.”

2. Monroe was more than a determined performer

It’s no secret that to reach the top of Hollywood at the time, you either had to be incredibly talented or beautiful and the starlight quality of Monroe meant that she possessed both qualities in equal supply. The documentary does a great job of highlighting how much of an avid over-worker she actually was. She practised incessantly but led a glamorous social life.

Jane Russell said in one of the tapes: “She was very bright and she wanted to learn and was interested in everything to help her control her career.

“Then when the camera went on, it was like a whole electric light went on – she just came to life.”

3. The conspiracy around her death was debunked but still highlighted some murky half-truths in the name of PR

Rumours have long swirled about the circumstances of Monroe’s death and this documentary will likely be watched by many to see what the answer to all our questions actually is.

Monroe was found dead in her bedroom, having been assumed to have overdosed on sleeping pills. She was known to have a drug problem, but there were also persisting rumours around her affairs with both Robert and John Kennedy. Were the two influential men connected in any way to her death?

Well, Anthony Summers, the investigative journalist at the heart of this documentary, doesn’t seem to think so. Instead, we learn that the timeline around Monroe’s death is the only suspicious thing about it all.

Through a helicopter flight log and some other reporters investigating the timeline, they concluded that Robert “Bobby” Kennedy may have flown out to see Monroe before her death at the beach house they used to frequent. Jim Doyle, a senior FBI agent, says in the documentary that there was evidence of a cover-up: “It had to be someone high up, higher than Hoover”.

Summers concluded: “I did not find out anything that convinced me that she had deliberately been killed. She died committing suicide or taking a huge accidental overdose of drugs.

“But I did find evidence the circumstances of her death had been deliberately covered up… I would say that the evidence suggests it was covered up because of her connection with the Kennedy brothers.”

4. Social mobility was the name of the game in Hollywood and Monroe seemed to be an expert

If there was one thing Monroe knew how to do, it was rise through the ranks of stardom for personal gain. What many viewers may not know, though, is that Johnny Hyde was one of the most influential agents in Hollywood at the time and was totally in love with Monroe.

“He left his wife on her account,” Summers reveals. He was 53 at the time and 30 years older than Monroe, but also very wealthy. He had access to the most powerful people in Hollywood but was also seriously ill at the time of meeting Monroe and had less than 18 months to live. We learn that he devoted those months to her completely and, ultimately, provided her with the basis and contacts to further her career.

5. Anthony Summers sure is one dedicated investigator

Summers is obviously the crux of this documentary, but if there’s anything to take away from this film, it’s that he is one dedicated investigator who is committed to his work.

A standalone out-house for his numerous tapes? Love it. Knowing where everything is filed? We can only aspire. His unflinching desire to get to the truth can only be admired here and makes for one great documentary.

The Mystery Of Marilyn Monroe: The Unheard Tapes is available to stream on Netflix now. 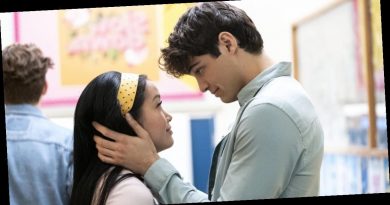 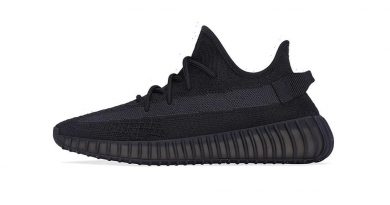 The adidas YEEZY BOOST 350 V2 "Onyx" Gets a Release Date