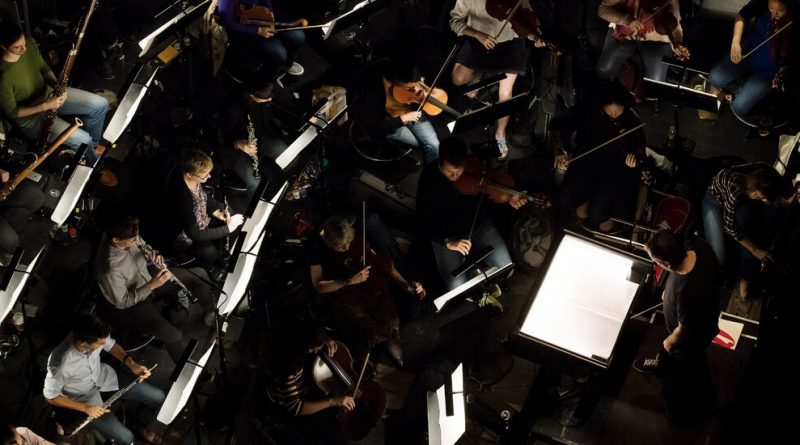 As the months without a paycheck wore on, Joel Noyes, a 41-year-old cellist with the Metropolitan Opera, realized that in order to keep making his mortgage payments he would have to sell one of his most valuable possessions: his 19th-century Russian bow. He reluctantly switched back to the inferior one he had used as a child.

“It’s kind of like if you were a racecar driver and you drove Ferraris on the Formula One circuit,” Mr. Noyes said, “and suddenly you had to get on the track in a Toyota Camry.”

The Metropolitan Opera House has been dark for a year, and its musicians have gone unpaid for almost as long. The players in one of the finest orchestras in the world suddenly found themselves relying on unemployment benefits, scrambling for virtual teaching gigs, selling the tools of their trade and looking for cheaper housing. About 40 percent left the New York area. More than a tenth retired.

After the musicians had been furloughed for months, the Met offered them reduced pay in the short term if they agreed to long-term cuts that the company, which estimates that it has lost $150 million in earned revenues, says it will need to survive. When the musicians resisted, the Met offered to begin temporarily paying them up to $1,534 a week — less than half their old pay, but something — if they simply returned to the bargaining table, a proposal the musicians are weighing.

Now the Met’s increasingly rancorous labor battles — it has locked out its stagehands, and outsourced some set construction to Wales — are adding more uncertainty to the question of when the opera house can reopen after its long pandemic shutdown. 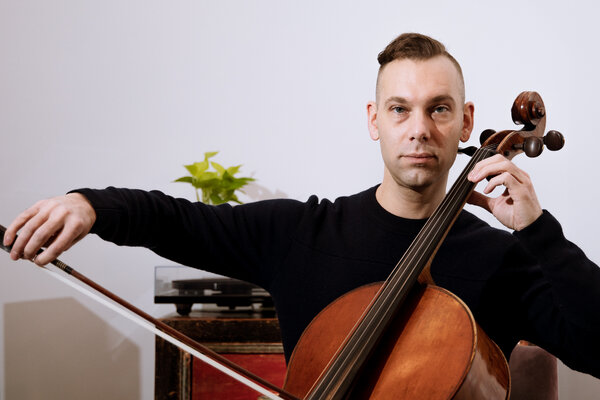 The toll on the players has been steep.

Benjamin Bowman, 41, is one of the orchestra’s two concertmasters — a leader of the first violin section who serves as a conduit between players and maestros. He and his family moved to Stuttgart, Germany, where he took a temporary job with the state orchestra. Daniel Khalikov, 37, a violinist, has been struggling to make the $2,600-a-month loan payments for his two fine violins. Angela Qianwen Shen, 30, a violinist who is not able to collect unemployment because she is in the United States on a visa, picked up some translation work to make ends meet.

And Evan Epifanio, 32, the orchestra’s principal bassoonist, put his belongings in storage in June and left the city for the Midwest, where he said he and his husband have been dividing their time between the homes of his parents and his in-laws.

“I’m living in my in-laws’ basement at the peak of my career,” Mr. Epifanio said. “I’m a one-trick pony, and now I can’t even do that.”

Over the past year, 10 of the orchestra’s 97 members have retired, a stark increase from the two to three who retire in an average year, said Brad Gemeinhardt, the chairman of the orchestra committee, which negotiates labor issues on behalf of the musicians. Prominent figures in the music world are sounding warnings about the peril the orchestra faces: Riccardo Muti, the revered conductor, said in a statement earlier this year that the “artistic world is in disbelief that the very existence of a great orchestra like the Met’s could be in danger and even at risk of disappearing.”

The Met, which was financially fragile even before the virus, was forced to shut its doors on March 12, 2020, and it furloughed most of its workers, including those in its orchestra and chorus, in April. (It continued to pay for their health coverage.) In the fall, the Met presented an offer to its employees: it would resume partial payments in exchange for significant long-term pay cuts and concessions. The unions resisted. By the end of the year the Met orchestra was the only major ensemble without a deal to receive pandemic pay, according to the International Conference of Symphony and Opera Musicians.

Then, in December, the company locked out its roughly 300 stagehands after their union, Local One of the International Alliance of Theatrical Stage Employees, rejected the Met’s proposed pay cuts. (In a letter to the union last year, Peter Gelb, the Met’s general manager, wrote that the average full-time stagehand cost the Met $260,000 in 2019, including benefits.)

Mr. Gelb said that the company had no choice but to seek cuts when the pandemic left it in a perilous financial situation.

“Suddenly we had no revenue, we had shut our doors and we had to do immediate triage so that the company would not fall apart and fold,” Mr. Gelb said. “We are doing the best we can in terms of keeping the company viable so that they will have jobs to return to.”

At the end of last year, the Met offered the unions that represent the orchestra and chorus an olive branch: reduced paychecks for simply coming to the bargaining table. The American Guild of Musical Artists, which represents choristers, dancers and others, accepted the arrangement in January, and its members are receiving paychecks. Local 802 of the American Federation of Musicians has not yet accepted the offer, Adam Krauthamer, the union’s president, said, but it is in the final stages of reaching a deal that the orchestra is voting on.

Jeremy McCoy, who rose to assistant principal double bass while playing in the orchestra for 35 years, retired in May. Mr. McCoy, 57, said that he had been contemplating an early retirement, but not quite this early. When he realized that the Met’s furlough could last a long time, he said, he put in his papers, a decision that would allow him to begin collecting his pension rather than having his expenses eat into his savings indefinitely.

Mr. McCoy said he was repelled by the idea of returning to an adversarial relationship between the musicians and management.

“I don’t want to go back to big concessions and to a toxic environment,” he said.

The Met said it was seeking to cut the payroll costs for its highest-paid unions by 30 percent — the change in take-home pay would be approximately 20 percent, it said — and that when ticket revenues and core donations returned to prepandemic levels, it would restore half of what had been cut. The Met declined to disclose the current average pay of its musicians, but during the run-up to contentious labor negotiations in 2014, officials said that the players had been paid an average of around $202,000 the prior year.

Many orchestras have reached agreements for substantial, lasting pay cuts, including the New York Philharmonic, whose musicians agreed to 25 percent cuts to their base pay through August 2023. Mr. Krauthamer said that the Met Orchestra’s union had put forward its own proposal, which would cut pay but preserve work rules that the Met was seeking to change.

Some orchestra members have said that they felt betrayed that the opera was not using its musicians in “Met Stars Live in Concert,” the pay-per-view recitals it has been producing from opulent settings in Europe. Most feature only piano accompaniment. A Met official with knowledge of the situation said that for the other performances, members of the company’s orchestra were not included because of the difficulties of travel during the pandemic and because of ongoing labor negotiations.

The Met Orchestra has started staging its own virtual concerts and collecting donations to distribute to musicians in need. The most recent, starring the soprano Angela Gheorghiu, singing from Romania, began by clarifying that the performance was “not affiliated with the Metropolitan Opera.”

Between stagehands and management, the temperature is even higher.

Since the lockout, the work of preparing sets for the coming season has gone to nonunion shops elsewhere in this country and overseas. The Met regularly commissions set-building outside the institution, but these jobs had been slated to be done internally.

Sets for two operas scheduled to premiere at the Met next winter, “Rigoletto” and “Don Carlos” are being built by Bay Productions, a company in Cardiff, Wales; the set for “Fire Shut Up in My Bones,” will be built in California. With the sets being built elsewhere, the Met’s scenic painters are losing work even though they have not been locked out because there is nothing for them to paint, so they remain on furlough, said Cecilia Friederichs, a national business agent for the United Scenic Artists union.

But the company will still need stagehands if it wants the show to go on this fall, said James J. Claffey Jr., the president of Local One.

“You don’t even get to an opening night without us,” he said.

The International Alliance of Theatrical Stage Employees has launched a lobbying effort urging lawmakers to support a measure that would block stimulus funds from going to arts organizations that, like the Met, have locked out union employees.

Mr. Gelb said the effort seemed “self destructive” and that “any attempt to damage the institution will only make it harder for the employees once we return.”

Tanya Thompson, a union carpenter who has worked at the Met for 15 years, had planned to return to work there in December. When Local One was locked out, she decided to continue in the new job she had taken over the summer to make ends meet: as an overnight home health aide for elderly patients.

Ms. Thompson, 52, said she plans to go back to the opera house as soon as there’s a deal. 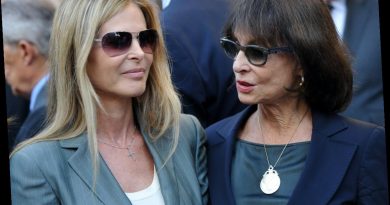 What To Know About Catherine Oxenberg’s Mom, Princess Elizabeth Of Yugoslavia 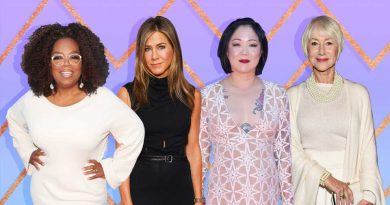 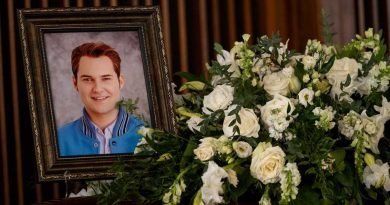