‘He’s Right Behind You!’

With the election two weeks away, late-night hosts are getting antsy. Even though Joseph R. Biden Jr. is leading President Trump by 10 points in the latest polls, Stephen Colbert wasn’t taking any chances. The “Late Show” host tossed some table salt, knocked on wood and said “Beetlejuice, Beetlejuice, Beetlejuice” so as not to jinx the Democrat’s chances.

“I can’t wait for this thing to be over,” Colbert said on Monday night. “It’s like an upcoming surgery, in that I’m planning on being anesthetized for the event.”

“According to most national polls, Joe Biden is leading President Trump by about 10 points. And based on the last election, that means Biden’s losing by four points.” — JIMMY FALLON

“Yep, for Democrats it still feels eerily similar to the 2016 election. It's like ‘Friday the 13th’ when the kids think Jason’s finally dead and you’re like, ‘He’s right behind you!’” — JIMMY FALLON

“Yeah, according to the polls, Trump is getting crushed right now. All of America is wondering who’s going to lose their job first: the president of the United States or the head coach of the Jets.” — JIMMY FALLON

“Today, with infections spiking across the country, Trump hit back at Fauci on a campaign staff phone call with reporters, saying, ‘People are tired of hearing Fauci and these idiots — all these idiots who got it wrong.’ Yeah, remember the guy who said it would go away in April? According to polls, people are really tired of that guy.” — STEPHEN COLBERT

“Trump referred to Fauci and other scientists as ‘idiots’ — then he planned another giant indoor rally in a Covid hot spot.” — JIMMY FALLON

“Trump then added, ‘Listening to scientists is the craziest thing in the whole wide flat world.’” — JIMMY FALLON

“Dr. Fauci is the most trusted person on coronavirus in the United States. I don’t think that’s the attack you think it is.” — STEPHEN COLBERT

“He’s definitely jealous of all the positive attention Dr. Fauci gets, which he wouldn’t even get, by the way, if Trump didn’t constantly contradict him. But I don’t know why Donald Trump still thinks he can ignore this virus and it will go away. I mean that strategy — it didn’t work with Don Jr. and Eric and it isn’t going to work here.” — JIMMY KIMMEL

“But it’s crazy that at the same time Trump is calling Dr. Fauci a disaster and an idiot, he’s running commercials to make it seem like Dr. Fauci said he’s doing a great job. Meanwhile, Dr. Birx is somewhere out there hiding under a pile of scarves hoping she doesn’t get dragged into this, too.” — JIMMY KIMMEL

“He’s basically saying, ‘Don’t listen to the scientists; listen to me, a guy who was just revived by a team of scientists.’” — JIMMY FALLON

“Yeah, Trump said if we listen to the scientists we’d have a country in a massive depression and it’s a good thing we didn’t, because look at us now — we’re thriving.” — JIMMY FALLON

Jimmy Fallon and Lin-Manuel Miranda are two “goats” who will vote. 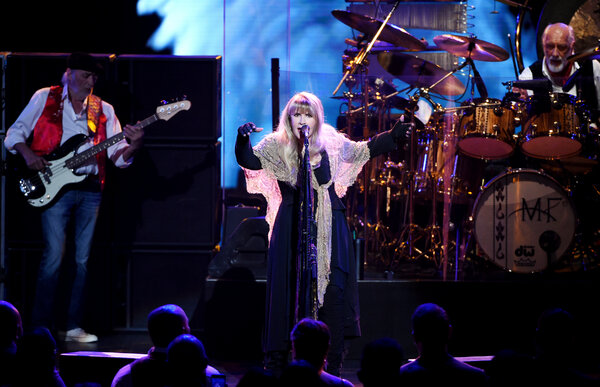 Fleetwood Mac’s classic 1977 album “Rumors” is experiencing a resurgence thanks to TikTok. 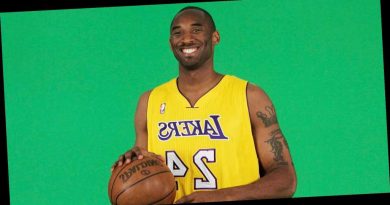 Kobe Bryant Was Left Out of VMAs 2020 In Memoriam Segment 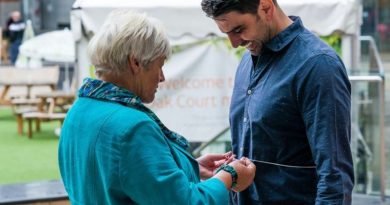