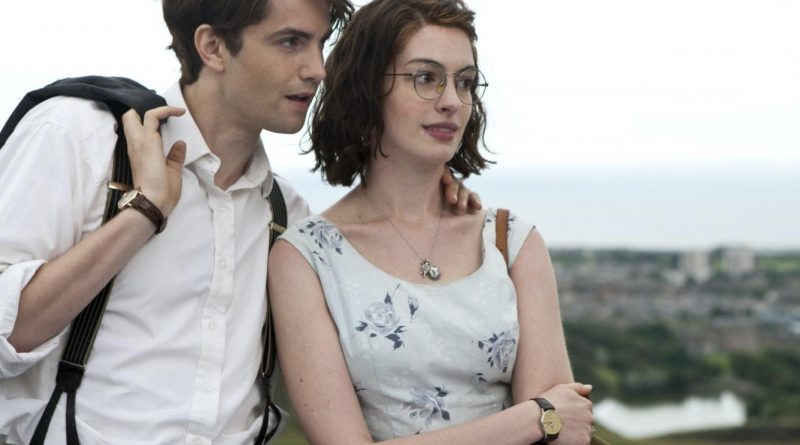 It’s a good day for Netflix fans, as the streaming platform has announced five new scripted series, including an adaptation of David Nicholls’ bestselling romance novel One Day, and a YA series focusing on mental health issues from upcoming writer Ripley Parker.

Including the fabulous second season of Emily In Paris, Sandra Bullock’s turn as an ex-con in blockbuster The Unforgivable, and Jennifer Lawrence and Leonardo DiCaprio’s climate crisis comedy Don’t Look Up, it’s fair to say that Netflix has outdone itself with its December lineup.

But it would be remiss of us if we didn’t admit that we’re always looking ahead to see what small screen treats are on the horizon, too. Because, let’s face it: the new year is but a month away, and we’re going to be in need of exciting TV news to carry us through these strange times.

Netflix in December 2021: the best new films and TV shows streaming this winter

It’s almost as if Netflix heard our prayers, then, because the streaming platform has just revealed that a brilliant new slate of TV shows is heading into production very soon.

In a statement on Wednesday 30 November, Anne Mensah, Netflix’s vice president of UK series, announced that five brand new series will start shooting across Britain in 2022.

“Netflix UK is building on success – it’s hard to top the virtuosity and global impact of our existing, award-winning British series – from The Crown, Sex Education and After Life to Top Boy and Fate,” she said.

Around The World In 80 Days: David Tennant’s epic new BBC period drama will take you on a globetrotting adventure

“Add to this an incredible roster of new shows for our members to view in 2022, from the searing Anatomy Of A Scandal, to Rowan Atkinson’s joyous Man Vs Bee, all the way to Joe Cornish’s outstanding Lockwood & Co – and more.

“We have a huge number of shows which have all shot this year under uniquely difficult circumstances but never lost their bold brilliance. To be able to add such a variety of new titles to our slate, knowing there is more to come, is really a testament to the strength and artistic confidence of the British television industry.”

Without further ado, let’s take a look at the new projects.

First up in Supacell, a six-part superhero drama from writer-director Andrew Onwubolu (aka the south London MC Rapman) who previously created Blue Story, a film which tells the tale of two best friends who wind up on rival sides of a never-ending cycle of postcode gang war.

Supacell follows a group of seemingly ordinary people from south London who unexpectedly develop super powers, with no connection between them aside from them all being Black.

As they deal with the impact on their daily lives, one man has to bring them together to protect the one he loves – all while avoiding the powerful and nefarious agents that have noticed their special abilities.

Based on David Nicholls’ bestselling novel, this tragi-comic love story follows Emma Morley and Dexter Mayhew catching up the same day each year – 15 July – after they first meet at university in 1988, watching how they grow and change, move together and apart, experience joy and heartbreak.

One Day was previously made into a movie starring Anne Hathaway and Jim Sturgess in 2011.

David Nicholls’ bestselling novel One Day was adapted for the big screen in 2011 starring Anne Hathaway and Jim Sturgess.

Abi Morgan, the award-winning screenwriter behind hits such as The Iron Lady, Suffragette and BBC series The Split, is writing Eric, a tense thriller that tracks what happens when a young boy goes missing in 1980s Manhattan.

His father, Vincent, a puppeteer on America’s leading kids’ TV show, finds solace through his friendship with Eric, the monster that lives under his son’s bed.

Anne-Marie Duff And Carey Mulligan as Suffragettes Violet and Maud in the 2015 film Suffragette, written by award-winning screenwriter Abi Morgan

In his quest to find the truth to Edgar’s disappearance, Vincent is forced into the dark shadows of a city rife with corruption to discover that the real monsters live much closer to home.

Set against the backdrop of the 1980s Aids epidemic, Detective Ledroit, tasked to uncover internal corruption in the NYPD, finds himself drawn into the search for Edgar, while privately coming to terms with secrets of his own.

The Fuck It Bucket

Written by upcoming writer Ripley Parker, (the daughter of Thandiwe Newton and Ol Parker) eight-part series The Fuck It Bucket follows 17-year-old London schoolgirl Mia Polanco, who is released from hospital after a lengthy battle with anorexia.

“Suddenly confronted with the realisation that her childhood is racing by without her, Mia decides the only way to catch up is to make a bucket list.”

An eight-part series created and written by Charlie Covell (The End Of The F***ing World), Kaos is a darkly funny, contemporary spin on the Greek myths.

“Zeus has a wrinkle,” reads the synopsis.

“He’s worried it might mean the end of the world… and it might. Because on earth, six humans — unaware of their importance or their connection to each other — learn that they are component parts of an ancient prophecy.

“Will they discover the truth about the gods, and what they’re doing to humans? And, if they do, will they be able to stop them?” 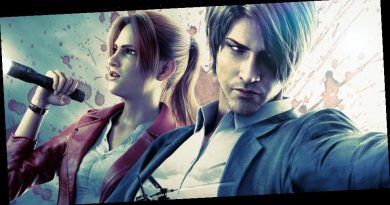 A frank and honest conversation about being a “feminist mum”