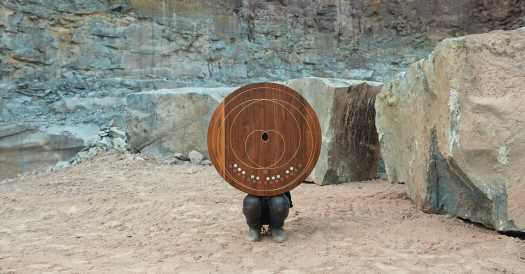 What possesses someone to invent a new instrument? Ask the finalists of this year’s Guthman Musical Instrument Competition, and you get different answers — among them boredom, curiosity, frustration.

The creative impulse is often sparked by a question: What if a piano could sing? How does a guitar learn to play microtones? Can a keyboard instrument be taught to swoop like a cello? Some of the entrants had to widen their skill sets to encompass woodcarving or soldering. One sought help from his plumber; another from his Lego-obsessed 7-year-old.

In a normal year, finalists get to see their creations come to life in front of live audiences. Though the annual competition, organized by the Georgia Institute of Technology, took place online this year, videos submitted by the contestants have allowed viewers to dip into a world teeming with ingenuity. On Friday, the university announced the winners.

The guitarist Kaki King, one of the judges, said in an interview that it had been well nigh impossible to compare and rank entries that included a harp-guitar hybrid and an electronic khipu based on an ancient Andean encryption method using knotted strings. King said that what ultimately guided her was the tactile allure and magnetism of an invention.

“As players, writer and composers,” she said, “you have that desire to put your hand on something, and that determines the measure of its worth.”

Here are five highlights from the competition, brand-new members of the huge family of instruments.

The design for Ulfur Hansson’s electromagnetic harp came to him during a monotonous class in college. He logged into a computer graphics program and drew a doodle: a circular line looping inward, gathering in a heart-like shape at the center.

“It was definitely vision before sound,” Hansson said in a phone interview. That coiled diagram, which emerged from a mathematical ratio, now adorns the flat wooden surface of a shieldlike structure that conceals 24 strings made to vibrate by electromagnets. The magnets can be activated by keys carved into the front panel or remotely by computer, releasing an ethereal hum, like a ghostly organ.

Because the strings can vibrate either at their fundamental frequencies or at one of the harmonics of their overtone series, the segulharpa is “kind of chaotic,” said Hansson, who has carved four of the instruments and solders the electronics by hand. “It’s always evolving as you play. You can feel that it’s shaping itself.”

Experimental pianists have long toyed with hand-held electromagnetic devices called EBows that make the piano’s strings vibrate without direct contact. Prototypes exist of pianos with a built-in electromagnetic component, but their size and expense keep them out of reach of most performers.

The composer David Shea dreamed of an instrument that would turn any concert grand into an electromagnetic piano capable of producing both traditional sounds and the evenly sustained drones of electronic music. “I thought, could there be a traveling version that would be modular and could be constantly adapted by anyone playing it?” he said in a video interview with Monica Lim, a fellow pianist-composer who helped shape the design.

Their breakthrough idea was a mini computer for each note that hovers above the string without touching it. A pianist can play both the electromagnetic component and the traditional keyboard at the same time — “a dialogue,” Shea said, “between the old and the new” — or perform in duet with another person (or a computer) making the drones sing. The device is portable and easy to install.

“It’s more like a layer that sits on top of the other, more percussive sound activated by the keyboard,” Lin said.

For years, Tolgahan Cogulu has been teaching the guitar to play new notes. “I love the guitar,” he said speaking in a video interview recently. “However, I cannot play my own music.”

Turkish music relies on microtones, while the traditional guitar has frets that arrange pitch according to Western tuning systems. In 2008, Cogulu designed a microtonal guitar with movable frets, but it has remained a specialist instrument.

One day his young son Atlas made a Lego replica of his father’s microtonal fretboard. Cogulu immediately realized its potential. “It is a miracle idea,” he said. “It’s the most popular toy in the world, and it’s the most popular instrument. And if you combine them it becomes a microtonal guitar — because you can move the frets on the Lego studs.”

Rusan Can Acet, an engineer and graduate student at Istanbul Technical University, came up with the idea to 3D-print a base plate for the fretboard. The Lego pieces are snapped into place, and a set of 3D-printed movable frets are attached on top. Production was almost laughably cheap, Cogulu said, and only briefly halted when they had used up all the thin single square pieces in Atlas’s Lego collection that are essential to their design.

In lessons with his students, Cogulu realized he had hit on a tool for teaching music theory. With its movable frets, the Lego microtonal guitar makes visible the changing intervals in various Western, Turkish and Balinese modes. Cogulu and his team are making the 3D-printable files available to anyone for a modest contribution. He also plans to build fully assembled versions that he hopes will be useful in music schools.

“I’m basically an unreasonable cellist with guitar envy,” Clark Battle said. As an improviser, he admired the chordal flexibility of a piano or guitar. But, as he explained in an email exchange, he wasn’t willing to give up the flexible pitch of his chosen instrument, the cello. He began to wonder what a piano might look like that allowed a musician to vibrate and slide notes — as you can on the cello.

The result is the Evolano — an “evolved piano.” The instrument has keys, action and hammers like a piano, aligned along a central ruler. The strings move with the keys, sliding over a curved fret that determines pitch. Chords are played much in the traditional way of a keyboard, by pressing multiple keys. But by moving the hands, the entire chord structure can travel smoothly, as in a cello glissando.

Battle said that his study of kung fu had impressed upon him the importance “of honoring the natural vertical symmetry of the human body.” As for the sound, he added, “I honestly had no expectation for the tonal aspects of the instrument. Since there’s no precedent for the tonality it would sound like whatever it did.”

Steve Parker’s musical instruments make no sound. Instead, this trombonist repurposes brass instruments as sculptural listening devices. His inspirations are the early-20th-century military sound locaters — some called war tubas — that were used to detect approaching enemy aircraft before the invention of radar. Parker’s instruments exude a similar gangly menace, with yards of Seussian tubing ending in the flared bells of trombones and sousaphones.

Parker’s devices — some wearable, some attached to a gallery wall — become part of compositions that play with the dimensionality of sound. They also connect music with aggressive modes of listening like surveillance and espionage.

“They are picture frames — but they are more than that,” Parker said in a video interview from the American Academy in Rome, where he is currently a fellow. “They not only select and amplify certain sounds; they also resonate at certain frequencies. Because the instrument vibrates when the sound hits it, it harmonizes it in a subtle way.”

Parker says the effect on the listener is disorienting. He likes how the repurposed marching band instruments — rich in associations with warfare, protests and modern gladiator sports — can be transformed into tools for communal listening. And he enjoys the “bit of bricolage” that goes into disassembling instruments and soldering their components with copper pipes from the hardware store. In the process, he said, “I’ve become quite friendly with my plumber.” 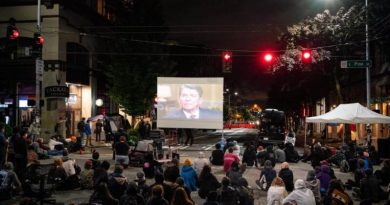 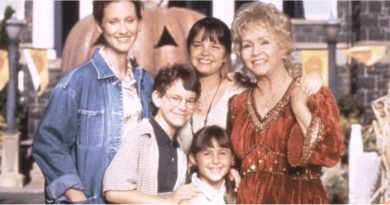 Why Halloweentown Is Easily the Best Disney Channel Original Movie 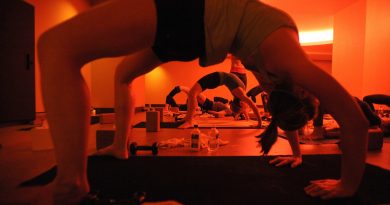