Home » Entertainment » Joe Biden’s Time As A Public Defender Was A Brief Line On His Resume. Now It’s A Virtue Signal For His Campaign. 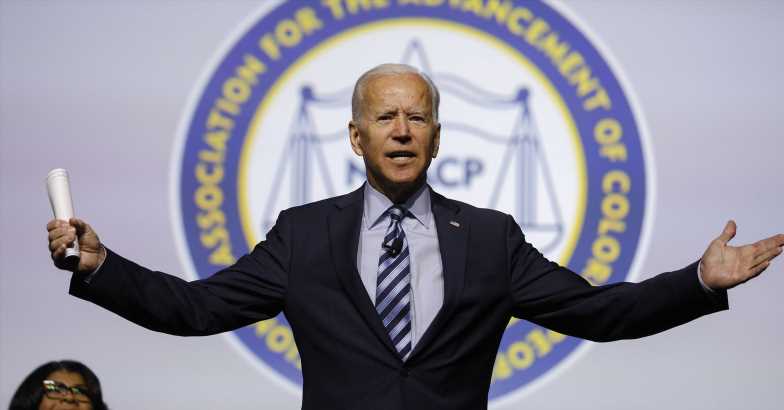 Biden has turned his long-forgotten legal work in Delaware into a response to Kamala Harris and other critics questioning his dedication to social justice issues. 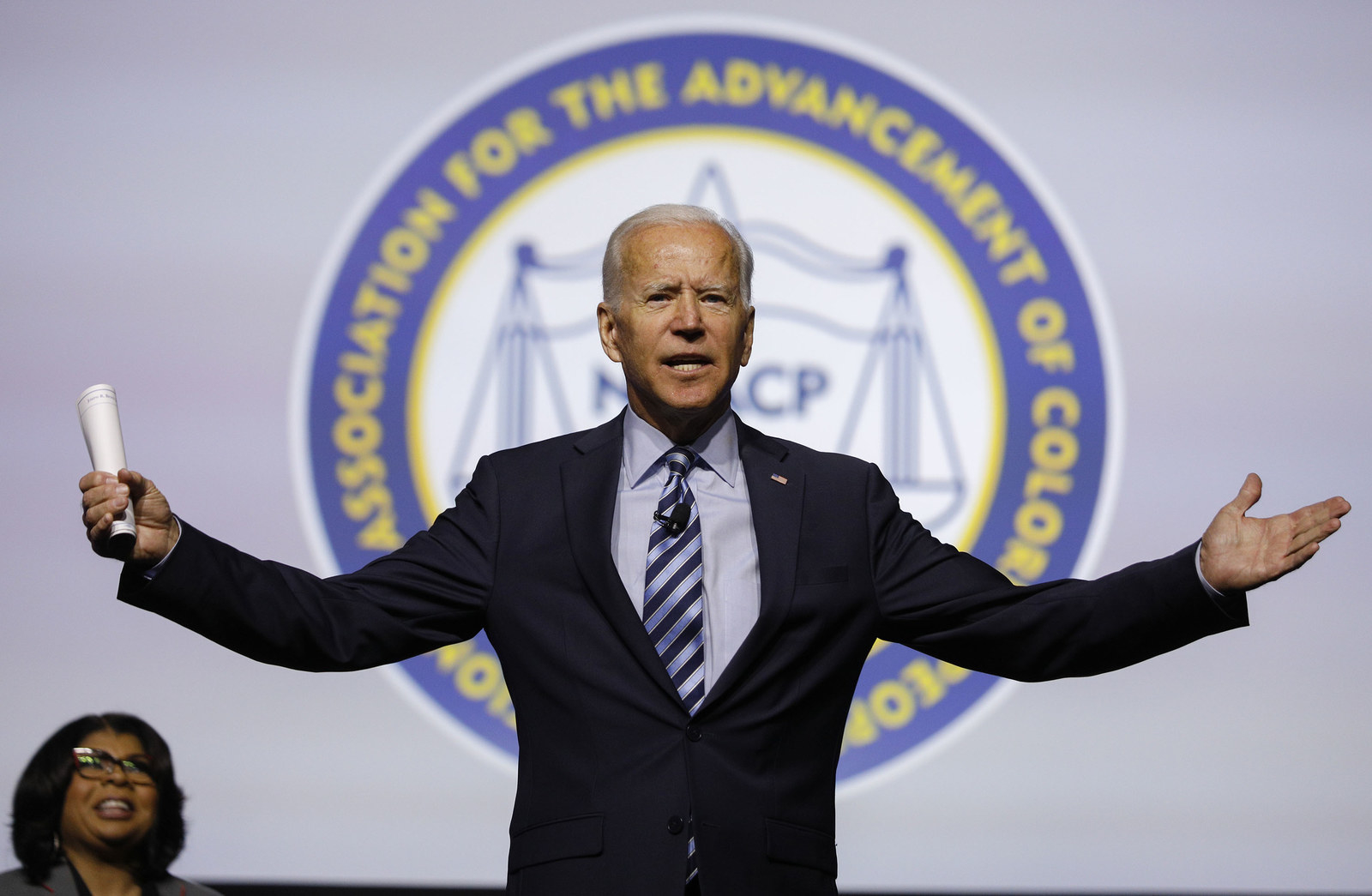 WILMINGTON, Delaware — Joe Biden owes the first big headline of his career to a cow thief.

It was a colorful case, worthy of page two that Saturday in Wilmington. Biden, then a 26-year-old lawyer in the Delaware public defender’s office, had represented a 25-year-old fisherman struggling to support his wife and four children. The client, who sold carp and turtles to the markets in nearby Philadelphia, was “not a very adept criminal,” Biden asserted.

The champion Holstein cow — valued at $1,000 and property of a farm on the tranquilly named Lazy Lane Road — seemed like a quick buck at the time. After boosting it into his pickup truck, the fisherman drove it about 20 miles downstate and sold it to another farm. He admitted his crime after the missing cow was recovered. Biden, noting his client’s financial troubles, asked the judge for leniency and got it. The client served no jail time.

Fifty years later, as he swats at criticism of his record on race and criminal justice issues in a Democratic presidential primary, Biden has turned his brief service as a public defender into a virtue-signaling talking point. During the first debate last month, the former senator and vice president brandished the resume line in response to an attack from Sen. Kamala Harris, who highlighted his opposition to desegregating schools through mandatory busing.

“I was a public defender,” Biden retorted, teeing up a contrast with Harris, whose record as a prosecutor has opened her to scrutiny from progressives. “I didn’t become a prosecutor.”

The contrast could continue next week during the second round of Democratic debates in Detroit. Biden will not only again face off with Harris, but will also share a stage with Sen. Cory Booker, who just this week reignited a clash with the former vice president over his criminal justice record. In the month since the last debate, Biden has attempted to reconcile his long reputation as a tough-on-crime, law-and-order guy with the changing times. (A plan he unveiled Tuesday softens and potentially would undo the hard lines he established decades ago.) Biden also keeps calling back to his public defender days, and emphasizing how they reflect his values on social justice issues.

“Civil rights, the Vietnam War, and President Nixon’s rampant abuse of power were the reasons I entered public life to begin with,” Biden said this month in Sumter, South Carolina. “That’s why I had chosen at that time to leave a prestigious law firm that I had been hired by and become a public defender — because those people who needed the most help couldn’t afford to be defended in those days.”

Biden moved on quickly from public defense work, though. Records kept by the Delaware Office of Defense Services show he started Jan. 1, 1969, but do not list an end date. Campaign officials said Biden stayed in the part-time job for about a year but were unable to verify when, precisely, he left.

“Vice President Biden has dedicated his life to fighting for core American values like equal opportunity, dignity, and respect for those of us from every walk of life,” Jamal Brown, a national press secretary for Biden’s campaign, said in a statement to BuzzFeed News. “During his time as a public defender, taking up the cause of those who could not afford to defend themselves, he saw firsthand how those values cannot be taken for granted. He carried that with him throughout his career and it’s why the core of his campaign for president is about rebuilding the backbone of the country and giving ordinary Americans a fighting chance so they can do extraordinary things.”

Given how long ago and limited it was, the depth of Biden’s work as a public defender is difficult to plumb. Databases available to the public at the Wilmington courts where Biden practiced do not allow for searches by attorney name. Newspaper archives show several stories, including the case of the stolen cow, that identified Biden as a public defender between June and July of 1969. Campaign officials and other Biden allies did not recall other specific cases.

In Promises to Keep, a 2007 memoir published ahead of his last presidential bid, Biden described — with the kind of noblesse oblige you read in a John Grisham courtroom novel — a confluence of events that led him to public law. It was 1968, a year of political assassinations, civil unrest, and a lingering National Guard presence in Wilmington. Biden, fresh out of law school, worked for a prominent firm where he was expected to plan the annual Christmas party for Young Republicans. As he watched a top lawyer at the firm defend a client in a civil suit, Biden found himself sympathetic to the plaintiff, a welder burned on the job.

“So I walked across Rodney Square and into the basement of a three-story building, and applied for work in the public defender’s office,” Biden wrote. “This seemed like God’s work to me.”

Most of the clients Biden represented as a public defender were “poor African Americans from East Wilmington, and whether they were guilty or innocent, I did my best to make sure they were well represented at trial,” Biden recalled in his book, which, aside from a brief story of how a judge hastily assigned him a robbery suspect before Biden finished his orientation, did not meander into the specifics of his casework.

The work served as a bridge between his time at a Republican law firm and his career in Democratic politics, where he became known in Wilmington — and later nationally — as an ally of working-class blacks and whites.

“He would take the case for black folks, for poor whites,” Richard “Mouse” Smith, a longtime NAACP activist in Delaware who has been friends with Biden since the 1960s, said in an interview. “He was a hero to the black community when it came to the public defender.”

Said Ted Kaufman, a longtime adviser to Biden and his campaigns: “There was kind of a match there. It influenced him in terms of making sure that people that were powerless got a fair shake in the legal system.”

News coverage of Biden’s cases did not identify the race or ethnic backgrounds of his clients.

A few weeks after Biden persuaded a judge to go easy on the cow-stealing fisherman, he won an acquittal for a 15-year-old charged with drug possession. Police found pills in the teen’s jacket after arresting him in an unrelated matter. The teen testified he had declined drugs offered by “an older dude” before taking off the jacket to play basketball.

“His lawyer, Asst. Public Defender Joseph R. Biden, theorized the youth was approached by a pusher offering free samples to ‘hook’ potential customers,” the Morning News reported. “He added it was unlikely for someone who knew [he] possessed illicit drugs to willingly hand them over to police.”

Biden had less luck later that July when he represented a 54-year-old Wilmington man who had shot a fellow boarder at a rooming house. The client pleaded guilty by reason of insanity, but was found competent for trial, the Evening Journal reported at the time. Biden argued his client had suffered brain damage and was “crazy drunk” at the time of the shooting, which cost the victim his leg. The judge rejected Biden’s request for probation — Biden had suggested treatment or admission to a hospital — and sentenced the man to five years in jail.

Public law didn’t pay well, and Biden was encouraged to moonlight at another law firm in Wilmington, so long as he didn’t work on criminal cases. “God’s work,” Biden wrote in his 2007 book, “wasn’t full-time work in 1969.” (Public law still doesn’t pay well, as Biden’s campaign emphasized this week when, as part of a criminal justice policy proposal, he called for more investment in public defenders: “And as Vice President Biden knows from his own experience leaving a law firm to be a public defender, the wage disparity for prosecutors and defenders limits the ability of defenders’ offices to recruit the best and brightest.”)

Biden soon left the office outright to focus on private practice and politics. Come 1970, he was preparing for his first campaign: a successful run for the New Castle County Council.

Two years after that, at age 29, he won his Senate seat. Over his next half-century in public service, Biden’s experience as a public defender became a footnote. 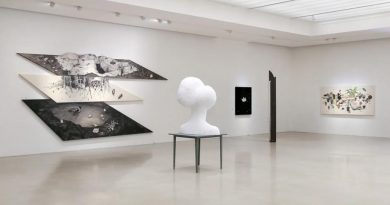 Arario Gallery Invites You Into “The 13th Hesitation” 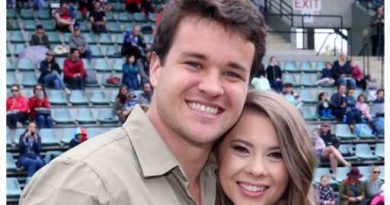 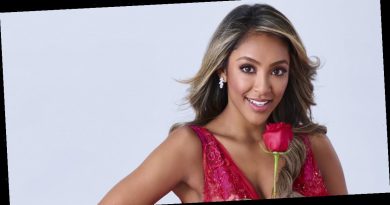 A Brief History of Tayshia Adams's History With The Bachelor Franchise