Home » Entertainment » Is Anyone Going To Push Elizabeth Warren? And Other Big Questions For Tonight's Debate. 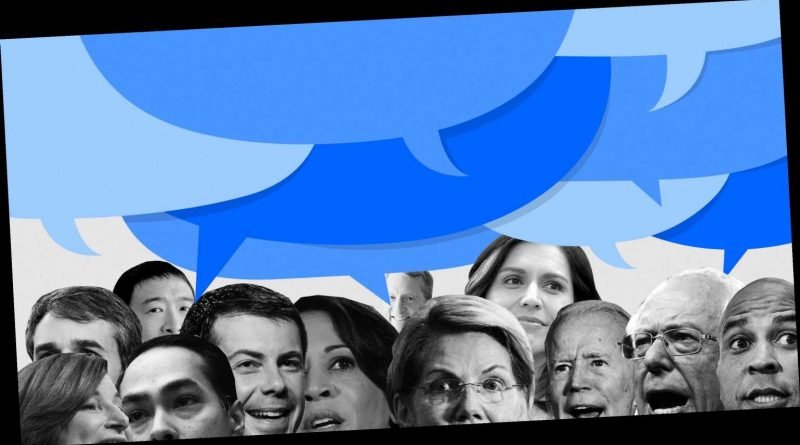 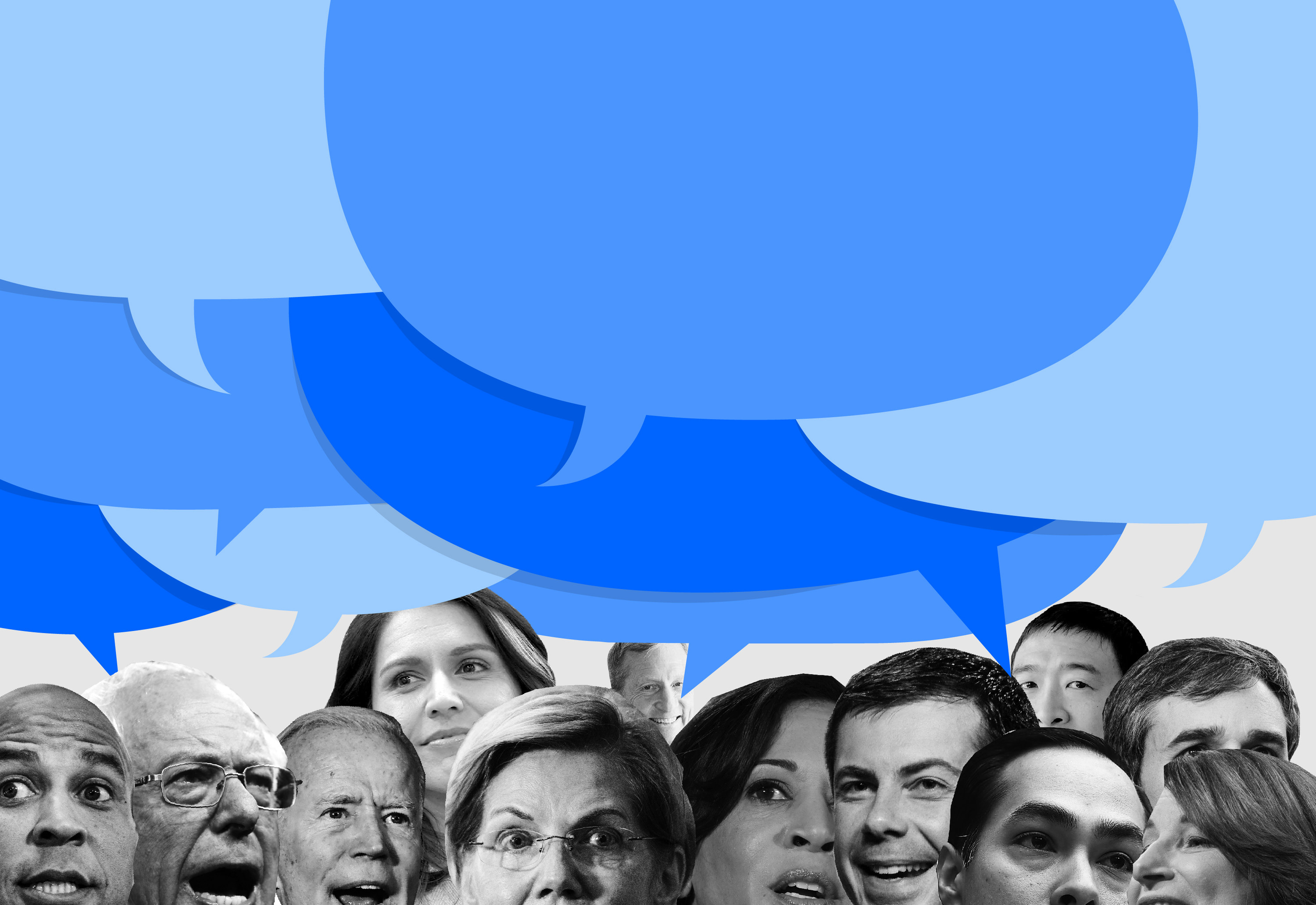 The fourth Democratic presidential primary debate is Tuesday night, and we don’t really know what to expect.

The race itself has been in something of a stasis for the last several weeks, as impeachment and what’s happening in Washington have dominated political news. There have been few real polling swings at the top of the field since the last debate in September — Elizabeth Warren has continued to rise, and Joe Biden and Bernie Sanders have remained mostly flat, despite the president’s constant needling of Biden’s family and Sanders suffering a heart attack. The rest of the candidates still mostly have single-digit support.

Stasis isn’t good for anybody (except for, maybe, Elizabeth Warren — more below on that). And tonight could prove to be the best chance this fall for candidates to change things up.

Here are five of the biggest questions for tonight’s debate, hosted by CNN and the New York Times from Westerville, Ohio at 8 p.m.

Will anyone try to take on Elizabeth Warren?

Warren is the only candidate in the primary who has steadily gained support all year, to the point where national polling averages have her in a near tie with Biden at the top. She’s the center of the race right now, and, along with Sanders, is driving its policy and focus on systemic change. She hasn’t had a big debate “moment,” hasn’t had a breakout or surge. She’s just been rising.

Warren’s so far succeeded in debates by sticking out of fights, avoiding interruptions, and hitting her anti-corruption message and personal story hard in her openings and closings. No one has really pushed her to do much more.

So who is going to try and change her trajectory? So far, Warren has only really faced criticism in the debates from moderates like John Delaney, who didn’t hit the polling threshold for this debate. Tonight could be different — she for once could be easier for lower-tier candidates to attack than Joe Biden or Bernie Sanders, with most Democrats rallying in defense of Biden against President Donald Trump and Sanders seeming vulnerable all on his own because of his health.

One area where this could come up: How Warren would pay for Medicare for All. Pete Buttigieg has poked at this recently: “I think you should be straightforward about what your plan is going to do,” he told the Wall Street Journal, “and we haven’t seen that.” Biden has also riffed on the idea that having “plans” is not enough.

How will Joe Biden defend himself and his family?

Biden is in a uniquely weird place Tuesday night. He is central to why Trump is facing impeachment, after the president and his allies pushed Ukraine to investigate Biden and his son Hunter, who made thousands on the board of a Ukrainian gas company. Even though there’s been nothing to substantiate Trump’s allegations of corruption, Biden is left defending both his image and his family.

Biden’s been rocky throughout the debates so far, with sharp or personal moments (his defenses of Obama, his reflections on his family) interspersed with confusing ones (record players, word gaps, his time being up). He’ll now have potentially his most difficult assignment on stage, standing up for his family and convincing voters that there was nothing untoward about what his son was doing in Ukraine or China. The questions from moderators are almost a given (CNN was particularly conflict-focused in its first debate this summer), and the questions from other candidates could be sharper.

Adding to this: On Tuesday, just before the debate, ABC will begin airing an interview with Hunter Biden.

How healthy is Bernie Sanders after his heart attack?

Sanders had a heart attack just two weeks ago. Tonight’s debate is his first major campaign appearance away from his home in Vermont, after previously keeping one of the most vigorous schedules of any candidate in the race.

What he has to prove is obvious: Is Sanders, recovering from a serious health scare at 78, physically up for the rest of this campaign, to say nothing of being president?

That’s not an easy thing to tell from TV (I am not a doctor). But expect a lot of body language experts on cable and Twitter and a handful of concern trolling about the senator’s health.

Sanders’ heart attack also is likely to put more focus on the age of the top candidates: Biden, 76, is just a touch younger than Sanders, and Warren is 70.

How much time will impeachment eat?

The Democrats don’t want to just run a campaign against Trump. They want time to introduce themselves, detail their own visions, explain why what they want is best for the country. But it is almost a lock that some percentage of this debate will be dedicated to questions around the impeachment inquiry in Washington, even though there’s little daylight between the candidates on the big impeachment issues. If this takes up a lot of time, expect some very frustrated candidates come Wednesday.

A possible exception: Kamala Harris, Amy Klobuchar, and Cory Booker all serve on the Senate’s Judiciary Committee and would be able to talk up what role they could potentially play later in the impeachment process. Harris in particular has leaned heavily on impeachment in the last two weeks.

Will the debate begin with another 30 minutes on health care and Medicare for All?

Every debate so far this year has opened with a long, meandering discussion on health care. It’s been the central policy focus, for decent reason — people really care about health care (it was a defining issue in last year’s elections) and candidates have meaningful differences on how they want to change the system.

The debate, though, has frequently been impossible to follow, with arguments about specific plans that most viewers have not read. The defining example of this was probably in the September debate, when Castro accused Biden of forgetting something that he hadn’t actually forgotten and Castro had actually just misunderstood, all of which was a puzzle with an unrewarding solution.

There’s a lot of big deal policy! Housing policy has barely been mentioned in the campaign so far, foreign policy often glossed over. The candidates have meaningful distinctions on how they’d handle the growth of Big Tech, among many other things. But the policy debate is being mostly swallowed up by a circular conversation on health care. Maybe this time will be different. 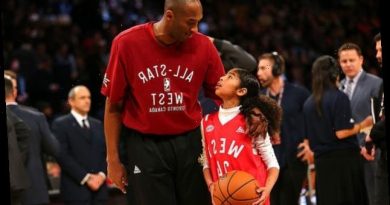 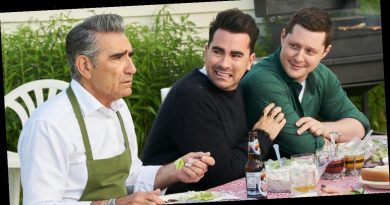 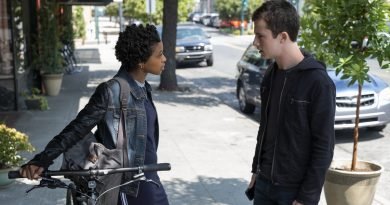