Home » Entertainment » In Oaxaca, a Meal to Celebrate a Pioneering Artist’s Legacy 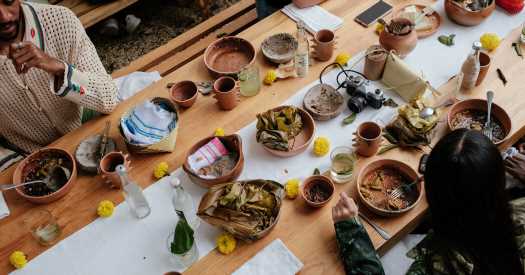 To fete the opening of a new exhibition of work by — and inspired by — Ana Mendieta, the curator Su Wu gathered friends for a comal-cooked brunch prepared by chef Thalia Barrios Garcia. 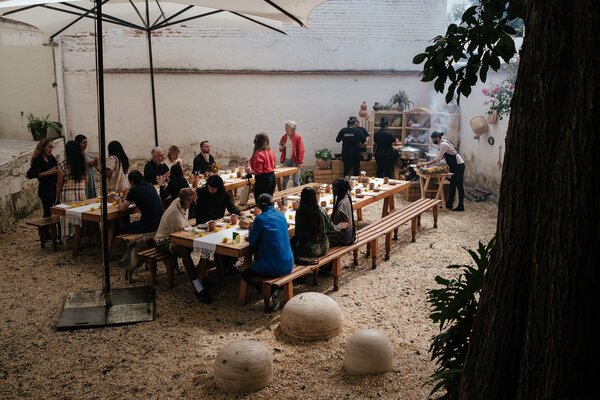 On a brisk October morning, a crowd of 30 artists, designers and curators gathered in downtown Oaxaca, Mexico, to toast a new public art space. The curator and writer Su Wu, who has lived in Mexico City, some 280 miles northwest, since 2017, had brought the group together to celebrate, too, the boundary-breaking Cuban-born artist Ana Mendieta’s “Siluetas” series of photographs and films (1973-78), from which five works appear in the inaugural show at La Clínica, a onetime medical office that was recently reimagined by Ramón Jiménez Cuén, the former director of the Museo de Arte Contemporáneo de Oaxaca, as an unconventional exhibition venue.

The show marks the first time these works from the series — a turning point not only in Mendieta’s career but also within the wider contexts of performance and feminist art — are on view in the area in which they were created. “Mendieta grew up partly in exile, in the United States, and this was her first time returning to a Spanish-speaking place,” Wu said of the artist’s pivotal trip to Mexico in 1973, during which she traveled to Oaxaca to visit pre-Columbian archaeological sites and to learn about Indigenous spiritual practices, capturing her interactions with the region in photographs and films (including several “Siluetas”) that explore themes of both violence and transcendence. “The circumstances of her death have overshadowed the significance of her life and the work she made,” said Wu. (Mendieta died in New York in 1985, at age 36; her husband, the sculptor Carl Andre, was charged with second degree murder but later acquitted.) “And I especially wanted to celebrate the work she made in Oaxaca,” Wu continued.

To organize the exhibition, titled “Elementos Vitales: Ana Mendieta in Oaxaca,” Wu joined forces with Masa, a nomadic gallery that bridges the worlds of art and design, and presents experimental shows in unusual, often disused spaces. In addition to the “Siluetas” films, there are also pieces by five contemporary artists — all Latinx or living in Mexico — whom Wu selected to create site-specific installations that engage with Mendieta’s work. Wu explained that the artist’s oeuvre has an intensity and universality to it that has long elicited a wide range of responses. “A lot has been written about her,” she said, “and that writing changes in different eras, as people project onto her what they need.” The acclaimed Mexican architect Frida Escobedo answered Wu’s prompt by creating an elegant chain-draped bench to complement Mendieta’s 1974 Super 8 film “Creek,” which shows the artist nude and adrift in a pool of water. In another room, the Mexico City-based artist Adeline de Monseignat installed half-moon-shaped travertine seats in front of a projection of Mendieta’s beautiful but unnerving film “Ocean Bird (Washup)” (1974) — in which the artist, covered in white feathers, is seen bobbing along a shoreline — and blanketed the floor with pebbles.

“I think there’s a special sensation when you see things in the place they’re made,” said Yola Jimenez, a founder of Yola Mezcal, who traveled from her home in Mexico City to see the show and provided locally distilled mezcal for the comal-cooked opening brunch, served in La Clínica’s leafy courtyard. The food, which in honoring Oaxacan culinary traditions, was its own creative testament to place, and was the work of chef Thalia Barrios Garcia of the nearby restaurant Levadura de Olla. Garcia learned from her grandmother how to construct a traditional ceramic comal — a flat, smooth griddle typically made from sandstone or earthenware — as well as how to make Oaxacan-style tamales, which are characterized by their fluffy dough and large, squarish shape. Mole-stuffed versions of the latter featured on the menu alongside an array of other seasonal, fire-roasted dishes including griddled corn tostadas and charred tomatoes, as well as frijoles de la olla (brothy beans cooked in a pot). “There are a lot of physical and spiritual benefits to cooking with clay,” Garcia said. “To be in contact with clay is to be in contact with the earth.”

As Garcia and her team set up their open kitchen in the courtyard, guests wandered in and out of the gallery rooms as others sipped margaritas, mixed with activated charcoal, under a towering mandimbo, or Mexican oak tree. When a local marimba band began to play, everyone sauntered out to the courtyard for the meal. The tamales were served at the tables along with a sharp queso fresco, then guests were invited to walk up to the kitchen, where a procession of nourishing dishes were ladled out directly from atop the comales. Here, Wu and Garcia share their tips for hosting a similarly warm and meaningful gathering.

Fifty years ago, on archaeological sites and monastery complexes around Oaxaca, Mendieta traced her body’s silhouette with flowers, smoke, mud, shells and blood to create what she called “earth-body works,” which she documented in photographs and films, including several “Siluetas.” “While macho man artists were carving their mile-long holes in the ground, Mendieta was also using the earth as her canvas — but in a much more intimate way,” said Wu. Garcia’s cooking practice also comes from a desire to commune with the natural world. To build the kitchen and three comales for this meal, for example, she gathered adobe bricks and wet clay from her hometown, San Mateo Yucutindoo, in the mountains outside Oaxaca City. The clay cooking surfaces not only heat food evenly but also imbue dishes with a layered, earthy flavor.

Wu set up four rows of wooden benches in the building’s sun-dappled courtyard and some dishes were passed along the tables by the guests to create a communal feel. “We built the kitchen in the corner of the yard, expanding to the sides so that everyone could see us,” explained Garcia, who spent eight months preparing for a series of meals, including this one, that will take place at the gallery, procuring rare ingredients and fresh clay for the cookware. “We tried to lay out the adobe bricks and the comales in a way that felt like you were in your grandmother’s kitchen in a garden,” Garcia said. “There was just earth under our feet.” Even the tall ceramic dishes used to serve the tostadas were made with family-style proportions in mind: The oval shape allows Garcia to stack many pieces vertically at a time.

Garcia collaborated with a female ceramist in her hometown to design special bowls, cups and plates that would complement the meal’s dishes. The tamales were served on rough-hewn rounded plates with enough depth to keep them plump and upright, and a mushroom soup arrived in very smooth, hand-size bowls because it contained poleo, a digestive herb that is only meant to be consumed in small portions on account of its potency.

The corn that went into the tostadas and tamales was grown and harvested by Garcia’s parents just outside their home. “It’s corn season, and in my village, everyone plants their own,” she said. “You can’t buy it because no one would sell you their own corn. It’s a very sacred food and it’s treated with deep respect. We’re also very happy because mother nature has blessed us with epazote, hoja santa and a lot of other herbs, too.” Continuing the theme of locally produced ingredients, the drink offering included flower-topped margaritas made with mezcal distilled on Jimenez’s family agave farm in San Juan del Río, Oaxaca.

Garcia served agua de maíz, a spiced corn drink, in thick-walled clay pitchers that kept it fresh throughout the day. It was poured into bespoke clay cups shaped like the branches of a pochote tree, which has special resonance in Oaxaca. “It’s a sacred tree with a lot of myths around it,” said Garcia. Mugs were created in the traditional Oaxacan style with no handles, so that guests could cradle them with both hands and slowly sip hot cafe de olla, or sweet, spiced Mexican coffee.

By working with people whom she admires and who care deeply about Mendieta and this region, Wu was able to host a gathering that was not only convivial but also emotionally resonant. “I think in Mexico it’s still quite rare to have a women-run event like this,” said Jimenez. “And the famous Oaxacan artists are all men, so it was really refreshing to see women’s work showcased in a way that felt modern and important. I think it’s why the event had such a different energy. It just felt really joyful.” 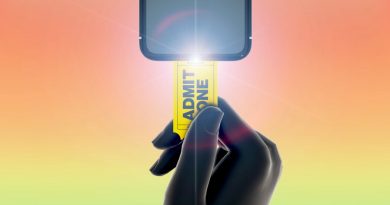 What to Do This Weekend 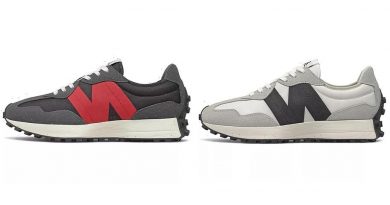 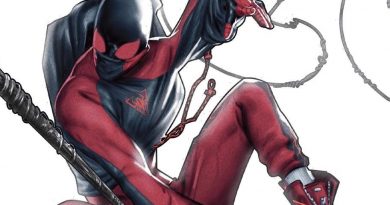