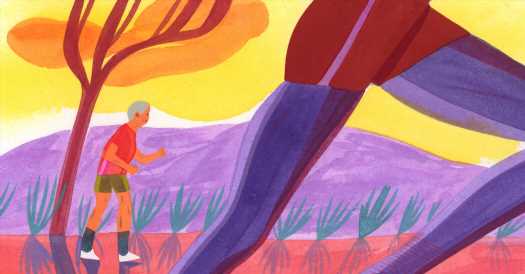 I only began to understand why I was so stubbornly devoted to running when I couldn’t do it anymore. That’s where I was when I woke up in an emergency room on the morning of April 6, 2020, with a traumatic brain injury sustained during a dumb middle-of-the-night fall.

The last thing I remember I’d gone downstairs to the kitchen at 4 a.m. to get a snack. My husband heard a crash and found me unconscious, blood pooling from a large gash at the back of my head. When I woke up six hours later in an E.R., my left side was a bit weak, but more important, my muscles on that side couldn’t properly coordinate basic movements.

At first, my steps were jerky and off balance, like those of a marionette. A tentative snails-pace walk was doable, but the faster I moved the more awkward my gait became. Running was, literally, a non-starter.

In the two days before the accident — a weekend — I had run 4 miles around Washington’s famous Mall, because, well, I was angry and frustrated and didn’t know what else to do. My mother was dying of Covid-19 in a locked-down elder care community in New York, and a former colleague who was about my age had just died of the disease. My son and his roommates in Brooklyn also had Covid-19. I couldn’t see friends or shop without fear, and I was learning to direct a 60-person newsroom covering the Administration’s tepid response to an evolving pandemic remotely and from my bedroom.

But running on the Mall that day, the sky was a glorious blue and the marble of the Washington Monument and the Capitol glistened. Lockdowns meant there were no tourist mobs. The cherry blossoms, in full bloom, didn’t care that the world was being ravaged by disease and hatred. And in their presence — for 40-minutes — neither did I.

At 63, I’d ignored decades of advice from doctors that I should give up running and find a more suitable hobby. That was in part because during a brief career as a college soccer player, I’d had most of the cartilage in my right knee surgically removed after a small tear, leaving me (in theory) at high risk of degenerative arthritis. (At the time, orthopedists considered the medial meniscus a vestigial organ, like an appendix. So once it was damaged, they just whipped it out.)

Over the years, I had tried and rejected multiple exercise alternatives — yoga, Pilates, spinning, biking, Zumba, barre, elliptical. But I was as stubborn as a smoker who keeps puffing despite the risk of lung cancer. Running — through marriages, raising kids, job changes, life on three continents — had remained the one constant in my life. Though I never had the slightest desire for a coach or to do sprints to improve my form or get faster. I have only ever signed up for two races, and both were just to accompany friends. Competition and speed were not my thing.

When friends asked me why I kept running against medical advice I easily ticked off practical reasons: I needed exercise. It was a great way to get a sense of the cities I visited as a reporter. With a busy job and two kids, time was precious and hours unpredictable; I could run whenever I found a window. When I ran with my girlfriends it was a great way to gossip and catch up, while exercising and being outdoors for a bit each day. (Three birds with one stone — you can’t say that about a spinning class, right?)

But my accident, and not being able to run these last 18 months of pandemic, helped me appreciate the deeper reasons behind my stubborn devotion, which it turns out are more spiritual than pragmatic.

I run because during that one brief interval, in a hectic world filled with responsibilities and worries, running turns off my thinking brain and allows it to roam free and float in the moment. When I run alone, as I mostly do (or did, and hope to again), I prefer to run the same route, because that way I’m familiar with every random tree root, metal grate and trail segment prone to mud or puddles, so I don’t have to think about being careful. At what pace? No idea and it doesn’t matter.

In that mental state, I absorb the world I too often forget — whether the beauty of the Capitol and the majesty of the Hudson River, or the smaller things, like the tinkling of the tacky carousel in front of the Smithsonian. And problems are solved seemingly out-of-the blue. The perfect sentence to start an article I’ve been struggling with. A birthday gift for a friend who has everything. How to resolve a sibling conflict. When I finish the three to four miles, I feel physically tired but emotionally energized — excited about plans now waiting to be activated.

The need to recapture that emotional sustenance running provides is what’s motivated me through months of tedious physical therapy and rehab.

Physical rehab from a head injury is the opposite of running’s mental freedom. You have to think every single time you plant your foot to walk and consciously strategize how to avoid a small root or rock on a sidewalk. Turn your head to observe the scenery, and it throws you off-balance.

You concentrate on each muscle group so that it learns to move properly again. It involves tens of thousands of repetitions to teach your brain a simple movement, and there are hundreds of muscles that need to relearn their proper roles. Even a walk along the beach isn’t freeing — it involves hard work and concentration: heel strike first, then roll to the ball of the foot. Pay attention to hip muscles and adjust to stabilize for the tilt of the sand and the tiny push of an arriving wavelet.

The good news is that the brain is miraculously pliable, often able to rewire its damaged circuits through intensive training — an ability called “neuroplasticity.” The bad news is that it’s a slow learner, nerves grow at 1 millimeter a day, and the brain takes time to search for workarounds to those circuits irreparably damaged. So healing can take years. My progress is slow but palpable, and I can’t know when or if it will stop.

Today, with care, I can walk (if a tiny bit awkwardly) at a normal speed. I can swim, drive and cook dinner. I can navigate stairs without clutching the banister. Most patients my age might be content. Not me. Being able to run again is my Mt. Everest. (And to all the doctors who’ve discouraged my running: Studies in the last decade have shown that running may actually be beneficial to knees, maybe even preventing degenerative arthritis.)

This month, after 18 months of endless physical therapy in hospitals, pools and gyms, I took my first little jogging steps on land, running small circles at a rest stop on the New Jersey Turnpike while waiting for our car to charge. How fast? Not much faster than walking. But for me — and I suspect for most older Americans who cling to what is often regarded as an age-inappropriate habit — that was never the point anyway. 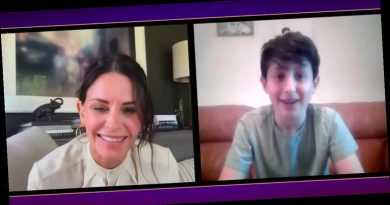 Courteney Cox Surprised a 13-Year-Old Friends Superfan, and His Reaction Is Too Pure 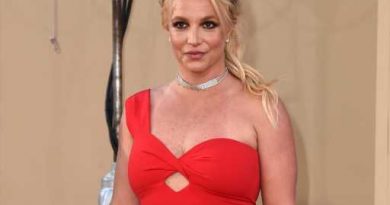 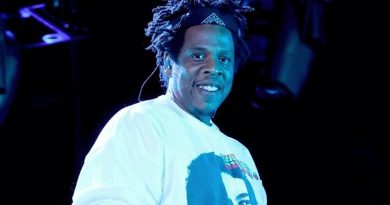