Home » Entertainment » How a Scrappy Arts Group Survived the ’90s 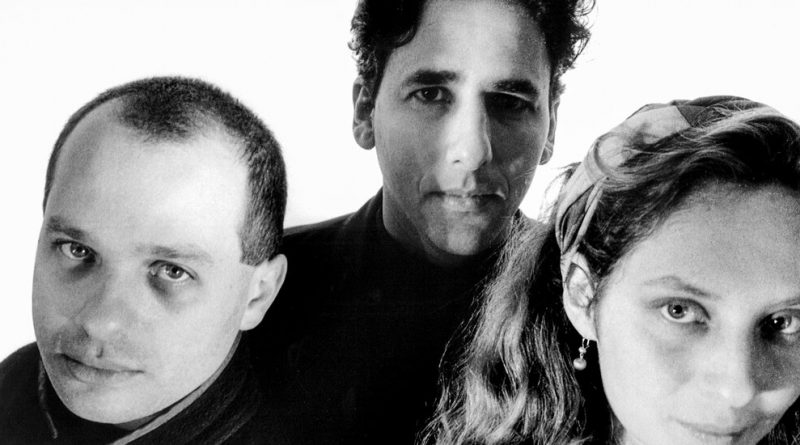 “When things are tough all around us, we dream,” the composers Michael Gordon, David Lang and Julia Wolfe wrote in a letter to potential donors in 1996.

Bang on a Can, the contemporary music organization they had founded a decade before, had recently lost about a fifth of its budget because of massive cuts to the National Endowment for the Arts. But Gordon, Lang and Wolfe were undeterred.

“It’s a Bang on a Can thing,” they added in the letter. “Just as arts funding is collapsing, we’re mounting new projects to build a new audience for a new kind of music.” Within a year, the group had started one such project: the People’s Commissioning Fund, an innovative program which pooled small donations in order to commission composers to write works for a house ensemble, the Bang on a Can All-Stars.

This venture was a direct response to the perilous climate for American artists in the 1990s. When Newt Gingrich’s legislative manifesto, Contract With America, swept a Republican majority into Congress in 1994, the N.E.A. was on the chopping block. Since the late ’80s, when evangelical Christians denounced the photographs of Andres Serrano and Robert Mapplethorpe on obscenity grounds, the arts endowment had been a central target of conservative ire. In 1995, Congress voted to slash the N.E.A. budget by 40 percent — and, even more drastic, to eliminate nearly all grants awarded to individual artists. 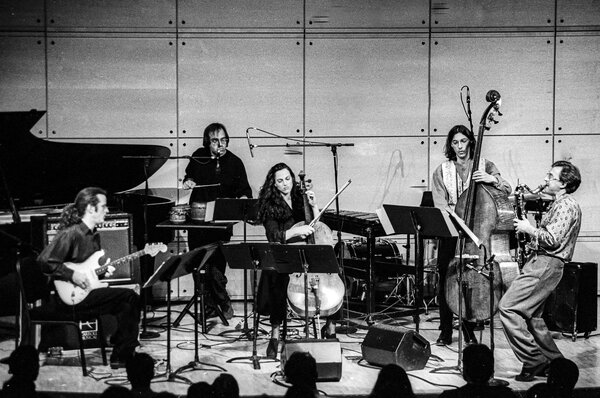 For American composers, who had relied on those grants for decades, the dangers were clear. “There is no art without artists,” representatives of the American Music Center wrote to Jane Alexander, President Bill Clinton’s N.E.A. chairman, before the congressional cuts. “Direct support to artists makes possible research and development in the arts, not only for artists themselves but for the future of art. The resulting work of individual artists can sometimes be messy or controversial, but it is necessary.”

After the cuts, institutions scrambled to adapt to getting even less support than the middling assistance the government had previously offered. “Funding for individual artists has been under attack for years, and with N.E.A.’s ongoing cutbacks the situation has become even more grim. We decided to take matters into our own hands, and began appealing directly to the people to support new work,” Michael Gordon wrote in 1999 of the creation of the People’s Commissioning Fund two years earlier.

The directors of Bang on a Can had long been taking matters into their own hands, creating a home for avant-garde music amid a decline in public funding. Arriving in New York in the mid-1980s fresh from graduate studies at Yale, Gordon, Lang and Wolfe had tired of the kind of new-music concerts that seemed to cater exclusively to a small circle of fellow musicians.

They wanted to reach a broader public. In 1987, they put on the first Bang on a Can Festival, a 12-hour marathon that they billed as an “eclectic supermix of composers and styles from the serial to the surreal.” They heavily promoted the concert, mailing out fliers, hanging posters and pitching newspapers for coverage. They kept ticket prices low, sold beer at the venue — a gallery in SoHo — and skipped traditional concert niceties like program notes. It worked: The gallery reached capacity, with more than 400 people dropping by into the early hours of the morning.

Bang on a Can soon grew into a multi-event annual festival for which large crowds showed up to hear everything from the participatory meditations of Pauline Oliveros to the dissonant hockets of Louis Andriessen. “The audience was everything a presenter of classical music could hope for,” the New York Times critic Allan Kozinn wrote of the 1991 marathon. “Predominantly young, open to a broad range of styles, and enthusiastic but discriminating.”

In 1992 Bang on a Can founded its All-Stars ensemble, an amplified sextet that expanded the organization’s footprint outside New York and carved out a hard-rocking, Post-Minimalist aesthetic. By the late ’90s, the organization had signed a recording contract with Sony Classical, held its marathons at Lincoln Center and commanded a budget of nearly half a million dollars.

Though they saw themselves as emblematically do-it-yourself, the founders of Bang on a Can were not alone in believing that contemporary music could find a bigger audience. It was an ethos that suffused the era. At the Brooklyn Academy of Music in 1981, nearly 10,000 people took in a sold-out run of Philip Glass’s opera “Satyagraha.” At the New York Philharmonic two years later, a contemporary music festival unexpectedly became a box-office sensation. The organization Meet the Composer dotted the country’s orchestras with composers in residence, paid for with millions of dollars from Exxon, the Rockefeller Foundation and the N.E.A. A 1992 album featuring a lachrymose symphony from the ’70s by Henryk Gorecki sold a million copies for Nonesuch, igniting a new-music rush in the record industry.

And as public funding for the arts shrunk through the Reagan years and after, some began to argue that American composers actually didn’t need such subsidies: They could survive, perhaps even thrive, in the marketplace.

“The healthiest thing for the arts is for them to be profit-making,” John Duffy, the founder of Meet the Composer, said in 1991. “Composers should come to a certain point where they earn a living from their work and they don’t have to rely on government or private support.”

Through its first decade, Bang on a Can had pursued fund-raising with a single-minded devotion rare in the contemporary music world, appealing to foundations and donors by showcasing their artistic merits and their success with audiences. So the loss of federal funding in 1996 was seen as a temporary setback. The organization designed the People’s Commissioning Fund in part to mitigate the disappearance of N.E.A. support for the creation of new works by individual composers. Instead, as one description of the new fund stated, “Our audience members and supporters become commissioners themselves, actively shaping a world where emerging composers can flourish.”

A glossy postcard from 1997 announcing the project and soliciting donations said, in typically cheeky Bang on a Can style, “Yes! I have passionate feelings about the future of new music! No! I am not a materialist! I don’t need another tote bag, or umbrella, or toaster! I want opportunities to get closer to the music I support, the composers who write it and the performers who play it!” Donor-members could contribute as little as five dollars, with benefits ranging from access to open rehearsals to an invitation to a dinner with the commissioned composers. By 1999, membership had reached 300.

The fund was aligned with Bang on a Can’s larger mission to support experimental musicians, who may not have been selected for N.E.A. grants in the past. Among the first round of commissioned artists was Pamela Z, a composer-performer who ingeniously manipulates and merges her voice with electronics. “I didn’t have a lot of experience composing chamber music,” she recalled in a 2019 interview. “The Bang on a Can People’s Commissioning Fund was a really key part of my growth as an artist.”

Bang on a Can described the new project as a more democratic alternative to the distant foundations or wealthy patrons who typically subsidized new works; one proposal pitched the fund as “new music for the people.” (Archival records show that someone suggested it be renamed, since the People’s Commissioning Fund sounded “too socialist.”) But while it was a success, there is something troubling about the circumstances of its emergence: an era of public goods refigured into private enterprise.

Even if it was part of a massive government bureaucracy, the N.E.A.’s funding of individual composers really was new music for the people. By virtue of paying taxes — Jane Alexander frequently remarked that each citizen’s contribution to the arts endowment cost the equivalent of two postage stamps — the American people commissioned new art, and were invested in the democratic governance of a national system of cultural patronage.

Like many of its peers, Bang on a Can was attempting to salvage vestiges of the N.E.A.’s support for individual artists in the wake of the endowment’s decimation by free-market conservatives and the religious right. The People’s Commissioning Fund was crowdfunding before Kickstarter, and Bang on a Can was anticipating the default mode of arts financing in the 21st century: patching together income streams from many small sources, scrambling for grants and, more and more, petitioning people to open their wallets. But just as GoFundMe campaigns cannot substitute for public health insurance, private commissioning endeavors can only do so much without robust government support for the arts.

The People’s Commissioning Fund has continued to provide vital aid for emerging voices in contemporary composition, having commissioned over 70 works since its founding. If not for the pandemic, its annual concert, performed by the All-Stars, would have happened in January. Bang on a Can has moved its events online, though, and will host its next in a series of livestreamed marathons on Feb. 21, including the premieres of 16 works.

The world that the organization has built over the past few decades has served as a crucial model for subsequent generations of entrepreneurial musicians. But in the wake of the Great Recession and now amid the existential threat of the pandemic, the methods by which Bang on a Can survived the 1990s may no longer be sustainable. Do-it-yourself can only go so far without the government lending a helping hand. Now, when what little remains of this country’s support for culture has been imperiled, it is time for America to make a new contract with its artists.

William Robin’s book “Industry: Bang on a Can and New Music in the Marketplace” will be published on Feb. 22 by Oxford University Press. That evening, he will discuss it with the music critic Allan Kozinn in a livestreamed event hosted by the 92nd Street Y. 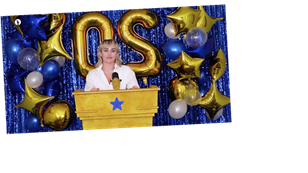 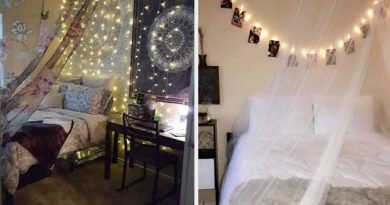