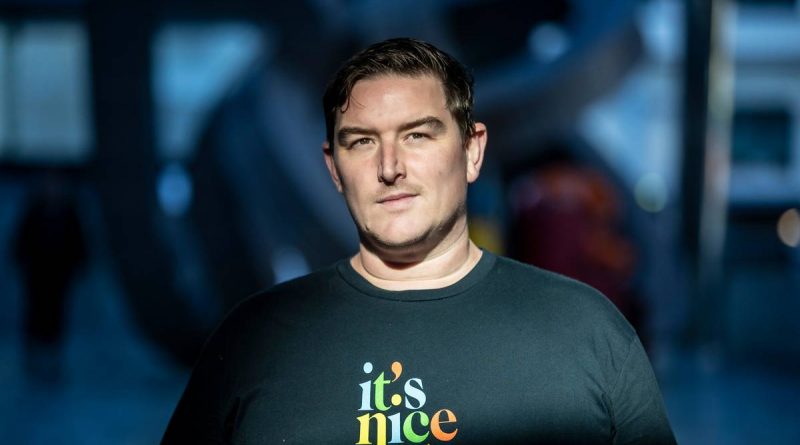 Australian comedian Heath Franklin aka Chopper is as popular in New Zealand as he is in his homeland. A comedy icon, and a regular on 7 Days, he’s won awards and sold over half a million tickets worldwide. His latest show, The Silencer, is finally touring Aotearoa on June 17-18

I had an idyllic, slightly Tom Sawyer-esque childhood in the affluent Sydney suburbs. Surrounded by bushland, we rode bikes, picked mulberries and played knock and run. Sometimes we’d sneak off into the bush to smoke cigarettes we’d stolen off someone.

In year 10, my science teacher called me aside one day and said, “You keep interrupting in class. And the problem is, it’s actually quite funny. So if you could limit yourself to just one good interruption every lesson, that’d be appreciated”. And I was like, “All right, sure, I’ll mostly keep my thoughts to myself”.

I was in trouble a fair bit. I had after-school detention at least once a week, to the point that, when I went to get on the school bus one afternoon, the teacher didn’t believe I didn’t have detention and said I should just do one anyway. It was mostly just general smart-arsery and a bit of mischief. I didn’t burn anything down. Although one time, my school was hosting interschool sports day and the naughty kids, me and my mates, were sent to clean up the sports shed, as we were not considered positive ambassadors for the school. I fired an arrow through the wall of the sports room, and it went straight through to the music lesson next door.

At university, I studied law and it was incredibly fascinating till the third year when we started constitutional law and intellectual property. Both sets of lectures started with the lecturer saying: “This is the most boring subject you’ll ever do”. Couldn’t they have found a way to make it not boring? I looked around the room at all the pretty people with their jumpers tied neatly around their shoulders and I thought: “I can’t spend the rest of my life with these people”.

In 2000, I remember staggering around at uni – I’d switched from law to media – still unsure what to do with myself, when I saw auditions for the comedy revue. Me and a friend tried out and I got in. We spent a couple of months writing sketches and coming up with silly ideas for the show and that’s where I got a taste for comedy. I’d found my people.

From then on, I gave most of my attention to the drama society. I neglected classwork to rehearse plays and be theatrical. I even did some performance studies papers, but that was never as much fun as getting stuck in and doing stuff. But if I couldn’t do comedy, I’d have settled for drama, which is really just comedy without the jokes.

One friend who’s quite tenacious and ambitious, he decided to produce some shows for us in 2001. He did all the hard work, the PR, promotions, booking venues, selling tickets. Then he booked us for the Melbourne International Comedy Fest. Chris was the driving force, and I was just a passenger who came along for the ride. He was instrumental in us getting the TV show where he became head writer and is still my manager today.

I bought the Chopper DVD, the movie with Eric Bana, and I watched it a lot in my third year at uni. The girl I was dating, now my wife, suggested I do something with the Chopper thing. So I found a kid’s picture book and wrote a sketch where Chopper is reading about dogs and cats. It was well received at the Melbourne Comedy Festival that year and I was given a TV show off the back of it. At first, I was only doing it to friends and family, then one moment early on, I was about to do Chopper on TV and while there are no problems legally with impersonating someone, should I have sought permission? This is pre-social media so how would I have done it anyway? “Hi, can I make fun of you on TV?” Although I wasn’t too worried about him being aggressive, but I assume he has fans, and I was a little worried one of them might be unhinged and say: “Hey Chopper, look, I murdered that comedian guy for you”. It’s not like I was checking over my shoulder, but I imagine his fans are pretty mad.

Meeting the real Chopper was very forgettable. I’d hoped I’d get a story out of it, but he was this monosyllabic man who didn’t really do much. I’d ask: “What have you been up to?’ and he’d say: “Not much”. He gave one-word answers all day. I think he was keen to assert himself as the alpha, the top dog which, when you consider it, is so strange that he should care to be bigger than the person who pretends to be him.

For summer jobs, I worked as a labourer on construction sites and because I never finished my degree, I was incredibly lucky the TV show came along or I could’ve been one of those guys who’d started 15 degrees, finished none and is living with his parents. When Covid hit, and a year’s worth of work was cancelled, I did assess my skills. I thought hard about what I could do if comedy never came back. Because I didn’t have a backup plan, I kept myself busy with the kids – my wife, a deputy principal, was still working – and we have two boys aged 8 and 10 who had to be home-schooled. My walks with the dogs got longer and longer, and I also started making YouTube videos, for something to do. The only problem with that, people on the internet are the worst.

One of the reasons I enjoy playing such a bastard, I’m a polite, boring person in real life, so it’s nice to go onstage and swear and tell people to stick it. But because I’m very sweary onstage, I made a conscious decision never to swear offstage in front of the kids. There’d be nothing worse than them being in the playground and they’re swearing and people would be pointing: “Look, they’re the kids of that sweary guy”.

I don’t walk my dogs on a leash. They’re well trained but some people lose their brain when they see this. “Your dog should be on leash”, they’ll say. “But they’re well-behaved”, I say. “Yeah but they should be on a leash”, and I ask if they want me to mime a leash, as they’re walking right next to me.

My standard line is: “Okay, so call the police, I’m sure they’ll be here directly. Also, I saw a car parked illegally up the road, so if you’re being the neighbourhood vigilante, maybe you could get on to that too”.

I don’t get recognised a lot, and the people who do recognise me are right into what I do, but I’m never casually recognised just walking around. Sometimes I do wish someone would notice me and give me a compliment, but the attention you get from the general public is almost never super supportive. That’s the reality. Hanging out with other comedy friends like Ben Hurley, when people drive by in cars and they recognise him, they never yell out: “Hey, I love your work”, it’s more like: “Be funny you dickhead”. 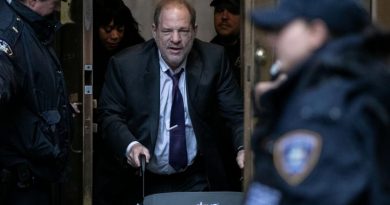 Gwyneth Paltrow Speaks Out On ‘Smells Like My Vagina’ Candle Uproar