Home » Entertainment » He Helped Create Lollapalooza. Now He Wants to Save Live Music. 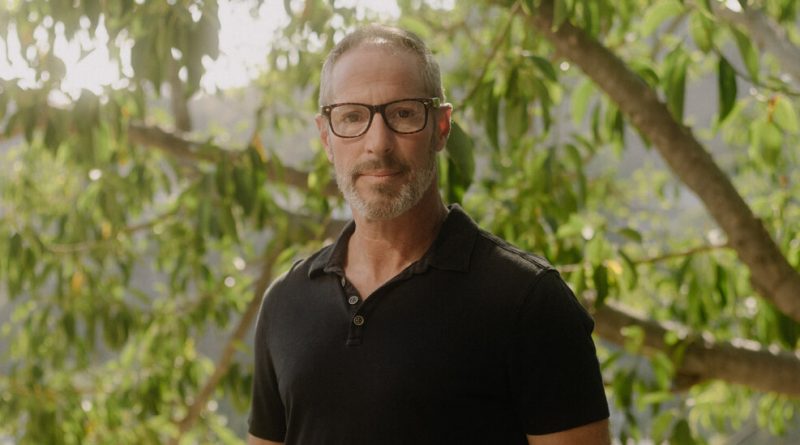 Many small venues where artists get their start are in peril. Marc Geiger, a longtime music executive, is starting a venture he hopes lives up to its name: SaveLive. 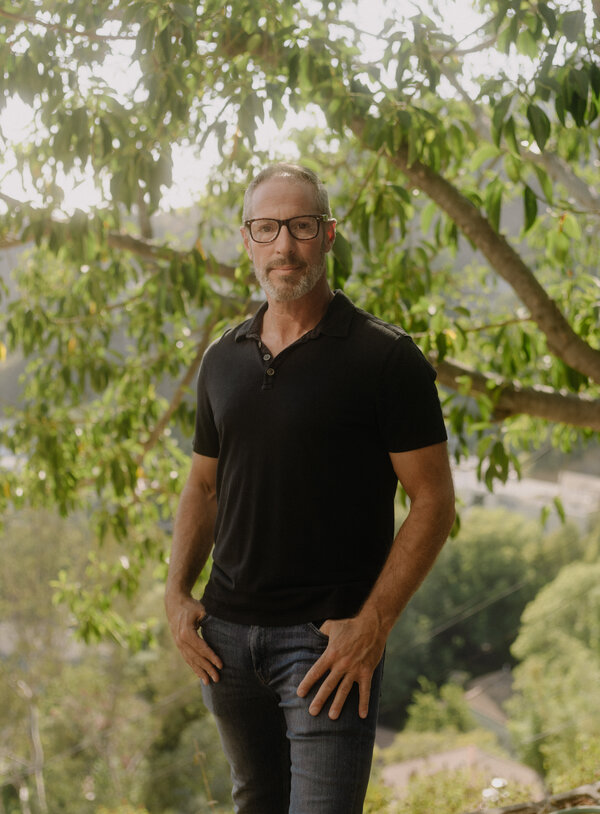 For small music venues, the situation is dire. Starved for revenue since March, and with no lifeline from Congress, independent clubs across the country are shuttering by the dozen — devastating fans and artists alike and delivering a brutal blow to the ecosystem that develops tomorrow’s Grammy winners and underground heroes.

One music executive, however, thinks he can save them, through a plan to invest in small clubs and build an indie touring network.

Marc Geiger, the former global music chief of the giant talent agency WME, has quietly amassed a war chest to fortify empty clubs during the pandemic and help them grow once they reopen. One of the most charismatic figures behind the scenes of the music industry — a motormouth futurist who helped create Lollapalooza and was an early proponent of how the internet could help musicians — Geiger portrays his latest venture as a kind of personal crusade.

“One of my favorite things in the world is to go to a club, be treated well and see an incredible band,” Geiger, 58, said in an interview. “So I thought, ‘OK, I’m going to raise a bunch of money and I’m going to backstop all these clubs. I’m going to be a bailout solution for them, and I’m going to call the company SaveLive.’”

His plan for SaveLive is to invest in dozens of clubs around the country — buying at least 51 percent of the equity in those businesses — and help them expand into regional forces once concerts return at full steam, which he does not expect until 2022 or later. SaveLive has secured $75 million in available capital from an initial investment round, Geiger said, and is already negotiating with a number of venues around the country.

“The hope here is to create a network effect,” Geiger said. “To be a long-term backer, helper, grower of these businesses, and enjoy the wins.”

The night-after-night churn of club gigs is less lucrative and glamorous than the world of superstar arena tours. But it is a vital feeder for the entire industry, and clubs often inspire a passionate devotion that can be measured by the names and band logos scrawled on backstage walls.

The prospect of losing a large swath of the nation’s small venues — to bankruptcy or forced sales — has drawn wide alarm. This month the National Independent Venue Association, a new advocacy group, raised nearly $2 million from an online festival, hosted by YouTube, that featured artists like Dave Matthews, the Foo Fighters and Brittany Howard performing in their favorite spots and pleading for relief.

Since June, when Geiger left WME after 17 years, his next move has been one of the most buzzed-about questions in the industry. For three decades, he has been a power broker and an aggressive visionary, often among the first in the business to glimpse — and proselytize over — the potential of new trends in music and technology.

“I think Marc has consistently been ahead of the game,” said Trent Reznor of Nine Inch Nails, which Geiger booked for the first Lollapalooza tour, in 1991. “He knows that music should be revered. It isn’t just an asset — it is a special thing that deserves to be presented to people in a way that helps them discover the magic.”

For SaveLive to be successful, Geiger needs a critical mass of venue proprietors to sign on his dotted line. Under normal circumstances, that would be a tough sell for lone-wolf club owners, who have spent decades resisting corporate consolidation. But even Geiger’s skeptics admit there may be few other options.

“Geiger’s solution on some level scares me,” said Frank Riley of High Road Touring, an indie stalwart who books artists like Wilco, My Bloody Valentine and Robert Plant. “He is going to buy distressed properties for money on the dollar and end up owning 51 percent of their business. Is that independent? I don’t know. But it does save the platforms on which things grow and where artists are sustained.”

Geiger, who founded SaveLive with John Fogelman, a fellow WME alumnus, insisted that his venue deals would be partnerships, and that despite controlling a majority share he would not seek to flip assets. That was seconded by Geiger’s primary backer, Jordan Moelis of Deep Field Asset Management, who said he is committing his company’s money as well as his family’s. (He is a son of Ken Moelis, a prominent Wall Street investment banker.)

“We don’t see this as a distressed-asset play,” Moelis said in an interview. “We see this as a business-building play, a play to be a long-term partner and to be around for a long time.”

Even with clubs now dark, SaveLive projects that it will be profitable within four years.

To a degree, indie venues’ vulnerability is rooted in their very independence: most operate on thin margins and have limited financial resources. As SaveLive partners, Geiger said, they would gain economies of scale as well as access to favorable deals for ticketing or sponsorship — suggesting that SaveLive would, to some degree, resemble a mom-and-pop version of Live Nation or AEG, the giant companies that now dominate the touring business.

In some ways, Geiger fits the stereotype of a high-octane Hollywood insider, spewing jargon and quotable hot takes — “There’s power in the underground” — while his phone buzzes with the Who’s “Baba O’Riley” as its ringtone.

Yet despite his longtime perch at WME, where he oversaw a team booking tours for some of the biggest pop acts on the planet, Geiger comes across as a consummate fan of under-the-radar music. He still raves about the New Order and Cocteau Twins shows he booked as a junior agent in the 1980s, when few others saw much commercial potential in so-called college rock.

“The best thrill in our business is when an artist is breaking,” he said. “It doesn’t get any better than that.”

With Lollapalooza — which he created with Perry Farrell of Jane’s Addiction and another agent, Don Muller — Geiger helped crystallize the alternative market just as it was about to explode. The success of those tours had a lasting impact, said Paul Tollett, the promoter behind the Coachella festival, who said that he and fellow regional promoters “cut our teeth” on the early Lollapalooza tours.

“When I first heard about Lollapalooza,” Tollett said, “I called my friends and said, ‘They have everybody — Jane’s, Siouxsie,’ you go down the list. Now you can release 150 artists on the poster and the public’s like, ‘Eh.’ When Lolla came out, they had seven names. Seven. And it seemed like they had everyone for the summer. It was just super influential.”

By the mid-1990s, Geiger became one of music’s loudest voices predicting — and inviting — technological disruption. ArtistDirect, the company he co-founded in 1996, pushed the then-radical idea that artists should control their own online “channels” of communication and commerce. It signed up the Beastie Boys, the Rolling Stones, Beck, Tori Amos and many other artists.

“My head looks at broken systems,” Geiger said. “For 25 years I screamed that there was a better system through the internet to listen, follow, consume, attend.”

He may have been too early. The company went public in March 2000, on the eve of the dot-com market crash. Geiger lost millions and, he said, others in the business reveled in schadenfreude.

“People told me the internet was over,” he said. “‘You’re a fraud. The internet is a fraud. Thank God the old business is back.’ I was broken.”

By 2003, Geiger was back as an agent at William Morris — which later merged with the Endeavor agency to become WME — and became a key player in a vast expansion of the concert industry, including the growth of festivals and the rise of electronic dance music.

Although the concert world is now largely mothballed, Geiger is bullish on the eventual return of live music, saying that the “claustrophobia economy” of lockdown will give way to a renewed joy — and big business — once artists hit the road again. SaveLive, he said, is a bet to make sure that smaller venues survive to play a part in its return.

“I believe the artist economy is going to be very big when it comes back,” Geiger said. “Artists will want to tour to get their cash moving again, and people are going to love going out more than ever.” 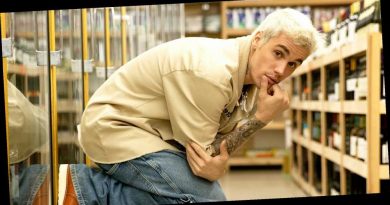 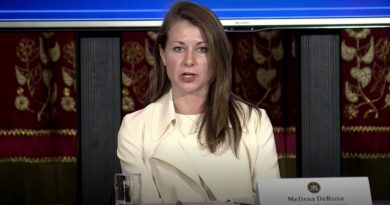 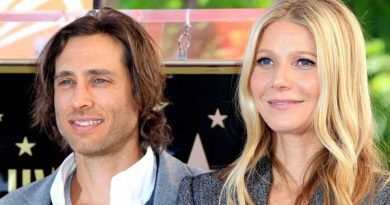 Gwyneth Paltrow Opens Up About Taking MDMA With Her Husband