“The Walking Dead” had to wear a lot of hats in its return to TV.

In addition to creating a television version of the apocalypse, the AMC zombie show had to deal with work during a real pandemic. And that presented its own unique challenges.

“I don’t want actors to feel uncomfortable whatsoever at all, so I stuck basically a bag on my head so that they can feel good, and I can talk to them,” David Boyd, who directed the first of the new Season 10 episodes, explained to HuffPost.

The director credited producer Joseph Incaprera for putting together a system that allowed everyone on set to feel comfortable. “All of those concerns dissipated pretty quickly,” he said.

It was all about the details, such as giving those protected with PPE a different path to walk from those who weren’t.

Here are some behind-the-scenes details to know:

Yes, Hershel’s scene was a tip of the cap to Glenn.

After Maggie’s son is lost for most of the episode, Hershel makes an adorable return, bopping his stressed-out mom on the head with an acorn from his perch in a tree.

And if you thought Hershel looked like he was trying to cosplay as Glenn (Steven Yeun), there’s a reason for that. He was apparently wearing his dad’s old hat, Boyd confirmed.

“Yeah, that’s what we had to do, right? I said let’s put some of that echo in him,” Boyd explained. “Maybe it’s genetic, it’s instinct. Could be, right? How does he get that stuff? Could be choosing from a pile of clothes somewhere? So yeah, we stuck that on him.”

The director said the scene brought back memories of filming on Steven Yeun’s first day of work on “Walking Dead” years ago, back when Boyd was running behind the actor with a camera in the scorching heat.

“Here it is, 10 years later ― a decade, right? And I’m looking up going, ‘Wow,’ standing in the swampland, looking up at this kid and thinking about that.”

There’s a reason Negan was wearing his leather jacket in that scene with Maggie. Boyd directed the Season 7 episode in which Negan bangs on the gate of Alexandria, and remembers the early struggles with the character’s trademark leather jacket.

“Here we are in the 10th hour in the Georgia heat. It was the middle of summer, and he’s wearing a black leather jacket. And he’s saying to Andrew Lincoln, ‘Come on, man. You’ve been doing this for six or seven years like this?’ And he’s sitting on a curb, perspiring.”

Sweating or not, Negan’s jacket made a return for the scene in which he finally interacts with Maggie again, calling back to his look on the night he killed her husband, Glenn.

It wasn’t the impression he wanted to make.

“Before we did that scene, internally we had talked about whether [the jacket] should return for her to see,” Boyd said. “And ultimately, everyone decided, yep, jacket’s on, which hadn’t been on for a while.”

The director explained that Cohan and Morgan didn’t go near each other the day the scene was shot until it was finally time to get the moment. The jacket, he said, was “pretty darn effective” in spurring a “reaction from Maggie’s point of view.”

“That certainly can be thought of like, he didn’t expect to run into her that day. Maybe he put that thing on as part of a work group or something,” Boyd said. “I think it was an interesting, good thing to do.”

The Reapers may be tougher than you thought. 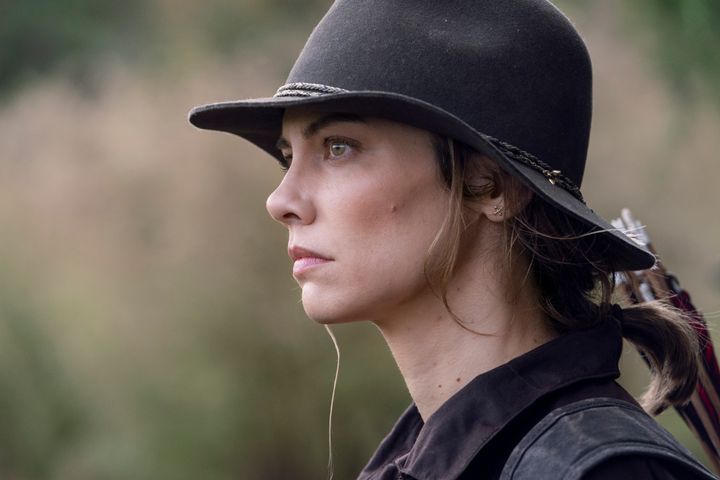 The episode introduces new villains called the Reapers, who’ve apparently been killing off Maggie’s group. One later blows himself up with a grenade when facing capture and questioning.

Describing the villains as formally trained military types, Boyd said: “These cats are bad.” And he means it.

“Our one guy, soldier, [Mike Whinnet], has to be a stunt guy really, but this guy came out of British special forces. He protected the queen on her yacht, for example, as one assignment,” Boyd said.

Wait. He protected the queen!? Really!?

“Yup,” Boyd said. “He was two, three months protecting the queen on her yacht when she goes, so you can imagine the training that goes into that. There’s scuba stuff, there’s underwater stuff, there’s mines there ― all that stuff that they have to train them on. This guy was trained up. And you look at his face, Jesus, he’s been through stuff. You can tell by looking at him.”

The director didn’t want to give away what’s coming in the future, but added: “These people are some of the most powerful adversaries I think this group’s ever gonna run across.” 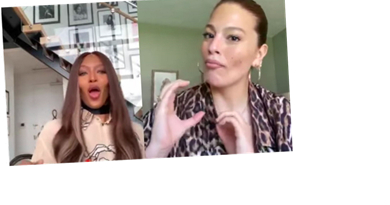 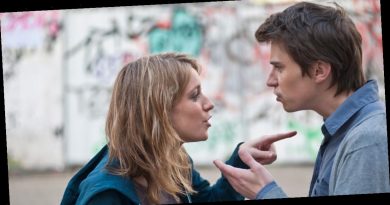 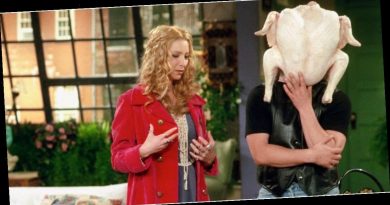