Home » Georgia Anne Muldrow Builds a Musical World of Her Own 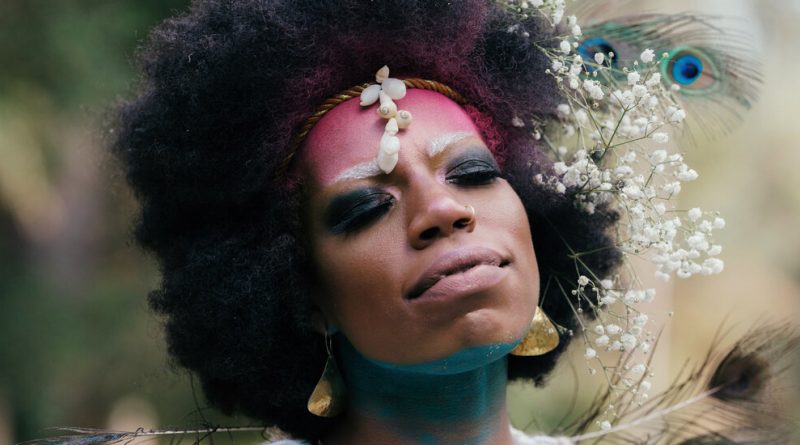 Georgia Anne Muldrow still had her mask on when she sat down at Blackout Studios in Los Angeles for a video interview this month. It was a black cloth mask covered in glittery studs: protection with flair. “That’s kind of my way since I was a kid,” Muldrow said, settling in and unmasking behind the studio’s professional vocal mic. “Whatever difficulty there is, to try to bring something sparkly to it.”

As a songwriter, singer, rapper, musician and producer, Muldrow has addressed serious ideas with drive, hooks and sonic creativity throughout an extraordinarily prolific career. Her music encompasses R&B, jazz, hip-hop, funk, rock and a broader Pan-African diaspora; it can be lean and earthy, harmonically labyrinthine or richly disorienting, swirling with reverb. Like Prince, Stevie Wonder and Paul McCartney, she makes many of her tracks entirely on her own, using instruments and computers to turn herself into a one-woman studio band.

Muldrow has released a torrent of full-length albums since her 2006 debut, “Olesi: Fragments of an Earth.” Titles like “Umsindo” (Zulu for “noise” or “rage”) from 2009, “Oligarchy Sucks!” from 2014 and “Black Love & War” from 2019 make clear her career-long concerns: Black and African diaspora culture, justice, strength, liberation, exploration. Her 21st studio album, “Vweto III” — vweto means “gravity” in the Congolese language Kikongo — is due on Friday.

Muldrow has also produced other performers and made EPs, singles and numerous guest appearances with, among others, Mos Def (who reworked Muldrow’s song “Roses”), Bilal, Dev Hynes and, most notably, Erykah Badu in their 2008 collaboration, “Master Teacher.” That song popularized the phrase “Stay woke,” which had been Muldrow’s admonition to herself at a low point in her life.

In 2021, Muldrow enjoys seeing right-wing figures treating “woke” as a toxic epithet. “It makes me have faith that I’m doing something correctly if these little two-bit politicians have even got anything I’ve said in their mouth,” she said. “I want to be a thorn in their side. I want to keep them up at night.”

Badu offered powerful praise for her collaborator. “She’s the truth,” she said by phone. “It’s as if she’s from another time somewhere, an ancient future where it meets and warps together, and she walked out of it looking like the female Jimi Hendrix, the young Marcus Garvey, swinging music like Stevie Wonder.”

Badu added, “Her main focus is on freeing the African mind. It makes us want to be like her, to be as strong and have as solid a message as she does in everything. It’s Georgia’s bravery and sincerity, because she does this thing as fearlessly as she does. She’s not afraid of confrontation when it comes to what she believes.” 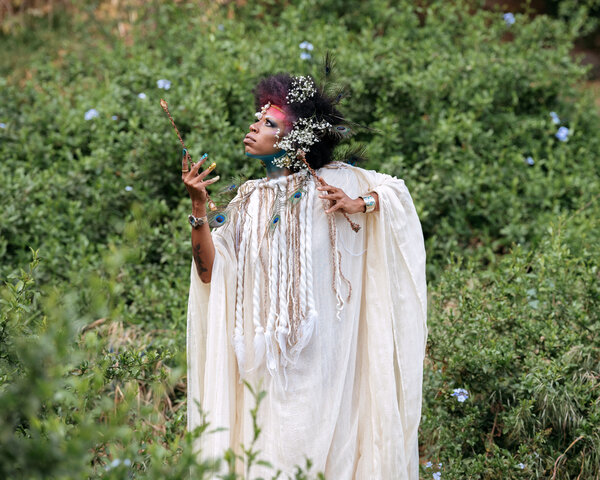 Muldrow, 37, grew up in a family of jazz musicians in Los Angeles. Her father, Ronald Muldrow, was a guitarist who worked for decades with the soul-jazz saxophonist Eddie Harris. Her mother, Rickie Byars-Beckwith, sang with the saxophonist Pharoah Sanders and the pianist Roland Hanna.

Alice Coltrane, a family friend, gave Muldrow the spiritual name Jyoti, which can mean “light” or “celestial flame”; Muldrow has billed herself as Jyoti for her most jazz-influenced albums, including last year’s widely praised “Mama, You Can Bet!,” which included daring remakes of Charles Mingus compositions alongside her own songs.

In the early 2000s, Muldrow came to New York City to study jazz at the New School, majoring in voice. But she dropped out, she said, because, “I didn’t like the boxes they have for people. I feel as though we go out of the box just to survive emotionally as Black folk. We’re doing this for our emotional upliftment. The searching for one’s inner power and one’s inner ownership and one’s language — that’s what brings this music forward.”

The teenage Muldrow delved into electronic music, building beats and devising abstract sounds on drum machines, synthesizers and computers. “The allure of technology and sound design and sound creation with computers was my experience as a composer of being listened to,” she said. “Regardless of how I look, regardless of my gender, regardless of my race, the computer listened to me.”

One of her mentors and collaborators was Don Preston, who had played keyboards for Frank Zappa’s Mothers of Invention in the 1960s and ’70s and was Meredith Monk’s musical director. He encouraged her to work with the experimental synthesis that she now considers a “cornerstone” of her music. On “Fifth Shield,” a manifesto from her 2015 album “A Thoughtiverse Unmarred,” she rapped, “I know I’m abstract — it ain’t for everybody.”

In Muldrow’s tracks, it’s often impossible to tell what was recorded on live instruments and what was sampled, looped or programmed. Her first electronics were drum machines, but from the start, she wanted to defy the quantization — built into much music software and hardware — that regularizes pitches and rhythms.

“I wanted to find a way to get off the grid,” she said. “I didn’t like that I was playing something a certain way, and then it’s telling it back to me in a ‘corrected’ way. Time doesn’t work that way. When you talk about grief or healing or heartache, it doesn’t happen on a grid. It’s an upward spiral, it’s a roller coaster — it’s all these different things.”

She added, “If everything is perfectly done, then where is the undifferentiated chaos that made everything? Where is the creativity?”

Muldrow was the first woman signed to the hip-hop label Stones Throw Records, for her debut album. Brainfeeder, the label founded by the producer Flying Lotus, released her aptly titled 2018 album “Overload,” which was nominated for a Grammy as best urban contemporary album. Most of her other output has been released on her own labels: SomeOthaShip Connect, which she started with her husband, Dudley Perkins (they are now separated); and her own Epistrophik Peach Sound.

“It’s a lot of music,” Muldrow said. “I never expect anyone, even if they’re my dearest friends, to know all my work. That comes with a downside, though. I’ve faced burnout, I’ve worked through it, I’ve beat it. Workaholism is a very real thing. But the expectation for someone that looks like me is so high, even from the people in my own community and beyond, that I have got to be a six-armed goddess in order to make a proper living. And I thank God that I have morphed into the six-armed goddess.”

After making “Mama, You Can Bet!,” Muldrow said, “I was at this place where I’m like, ‘I have literally said it all.’ This allows me the space to just feel and simply speak my piece and be off of it.”

She intends the album as an open invitation. “I can have fun on hooks,” she said, “and then they’re like D.I.Y. songs that people can have for themselves. I want to see the sisters rapping up a storm.”

The album’s cover art — an illustration by the South African artist Breeze Yoko with a mountain lion and a leopard peering from Muldrow’s shoulders — will be auctioned as a nonfungible token; half of the proceeds will go to Critical Resistance, an organization seeking to abolish what it calls the prison industrial complex.

“I want to promote consciousness — I’m not trying to promote myself per se,” Muldrow said. “Music gives me a world to walk through. And I hope for other people, that I can help them to do this — to remember that their minds are powerful. There’s a lot that you can do in there.” 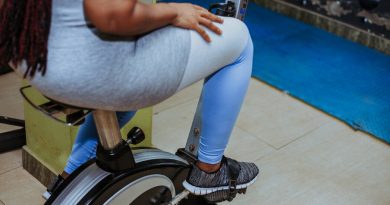 Why Exercise Can Be So Draining for People With Rheumatoid Arthritis 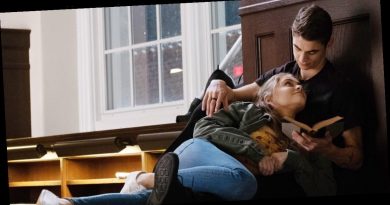 The Similarities Between After and Twilight Are Uncanny, Don't You Think? 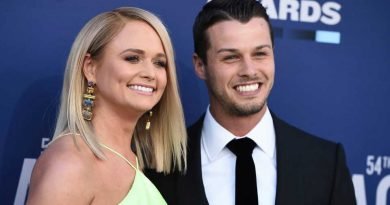