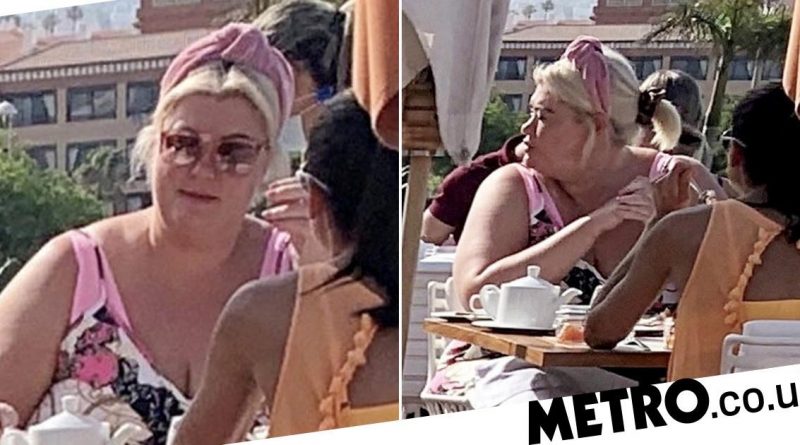 Gemma Collins is treating herself to a much-needed getaway, following her split from ex-boyfriend James Argent.

The Towie star, 39, has jetted off to Tenerife with one of her pals and was seen enjoying an al fresco breakfast over the weekend, ahead of another day of topping up her tan and no doubt clearing her head.

Digging out her holiday wardrobe, Gemma was seen rocking pink swimwear underneath a floral patterned jumpsuit and a cute headband to match.

She was spotted having a cuppa on her hotel’s terrace, after jetting off overseas and telling fans she has been left ‘absolutely heartbroken’ by her break up.

In now-deleted Instagram stories, Gemma revealed she and her long-term on and off boyfriend Arg have split again, while sharing cruel texts he had sent her calling her a ‘hippo’.

Gemma told her followers: ‘Hey guys as you can imagine I am absolutely heartbroken right now shocked totally in pain and can’t ne pretending I’m all smiles over the gram [sic].’

She said: ‘I am so upset and devestated and hurt, I need some time off the gram to heal x [sic].’

The Essex star had shared screenshots of messages sent between her and Arg, where he was seen mocking her weight, before she ended their relationship.

It’s claimed Arg had asked Gemma for an open relationship and she calls him out in the texts for buying another woman dinner and not her.

Gemma wrote: ‘And that woman that saved your life has to pay for herself!!!’

‘You are supposed to be treating me you hippo,’ Arg replied, while Gemma responded: ‘We’re over.’

In more messages, Arg called Gemma a ‘fat f**k’ after she told him she didn’t want to go away with him when he sent her a picture of flight details.

Sources told The Sun: ‘Gemma is completely shocked and has been left absolutely heartbroken, especially after sticking by him for so long.

‘Gemma feels like she’s done everything she possibly can to help Arg but enough is enough.’

Their break up comes after Arg praised Gemma for showing him ‘tough love’ at the height of his cocaine addiction and support him, along with his best pal Mark Wright, after he suffered two near-fatal overdoses.

Gemma and Arg starred alongside each other on ITVBe reality series Towie and dated for the last three years. 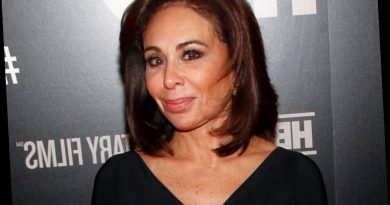 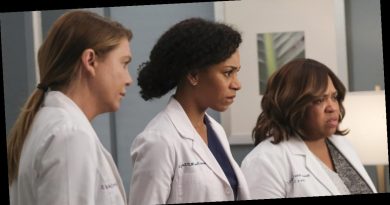 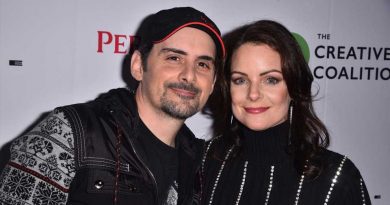 Brad Paisley May Have Found His Second Calling in Quarantine