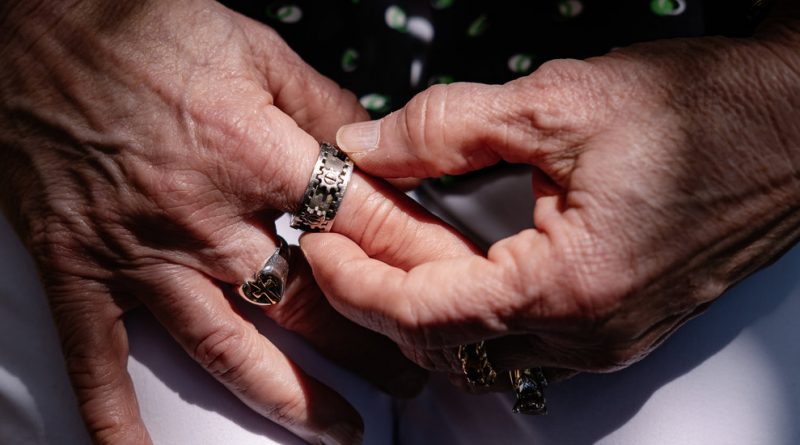 When Deborah Huffman went for her annual physical a few years ago, she saw a new doctor who handed her a paper gown, instructing her to leave it open in the back. The doctor returned a few minutes later to find Ms. Huffman wearing the gown, sobbing.

“I pick at my skin,” Ms. Huffman, who is now 65, remembers saying. The doctor peered at Ms. Huffman’s exposed back, which was dappled with scabs and open lesions.

It was the first time that Ms. Huffman, a retired administrative assistant and former teacher who lives in Dripping Springs, Tex., had told anyone about the habitual behavior that, since childhood, had made her feel ashamed.

She had long taken pains to conceal the damaged skin on her back, hiding it even from her former husband throughout their 21-year marriage. At the pool, she’d cover up with a T-shirt. During sex, “I wanted it totally dark, and I just wanted to lay flat,” she said in an interview. “I never could let myself go.”

Ms. Huffman had assumed that the skin-picking behavior was unique to her. It never occurred to her to seek treatment.

In fact, it’s relatively common. So, too, are a family of related habitual behaviors that include hair pulling, nail biting and cheek biting, among others. While there’s no easy fix, they can typically be treated in a psychotherapy setting by a clinician trained in habit-reversal therapy and other behavioral-therapy methods.

Yet we hear little about these conditions, which makes them more difficult to identify, treat and study. The intense shame that affected individuals experience is a contributing factor.

Nearly everyone picks at the occasional scab or plucks a stray hair now and then. But mental-health professionals make a distinction between those normal grooming acts and a habit that an individual is unable to curb despite attempts to do so, or which causes distress. Habits that meet these criteria are known collectively as body-focused repetitive behaviors. Some patients engage in more than one behavior.

Habitual skin picking is formally called excoriation disorder (in the past, it was known as dermatillomania). It affects roughly 1.4 percent of the population, according to the fifth edition of the Diagnostic and Statistical Manual of Mental Disorders (D.S.M.-5). (Some studies put the rate higher.) Hair pulling, or trichotillomania, occurs in about 0.5 to 2 percent of people, according to the same manual. The behaviors are classified in the chapter covering obsessive-compulsive and related disorders. This edition, published in 2013, was the first in which the American Psychiatric Association included detailed information about skin picking.

Because patients often work to hide evidence of the disorders, researchers and clinicians suspect that those rates represent an underreporting. But even at these levels. they add up to a more prevalent disorder than some others that tend to be more familiar, such as anorexia nervosa, which affects only 0.4 percent of young women, according to the D.S.M.-5.

These repetitive behaviors typically emerge around the onset of puberty, though they can begin earlier, and are more common in girls and women. They tend to occur along with mood disorders like anxiety and depression, or with obsessive-compulsive disorder. Patients report feeling an urge to pick or pull, followed by a physical sensation of relief or gratification while engaging in the behavior itself. (They might use their fingers or a tool like tweezers.) 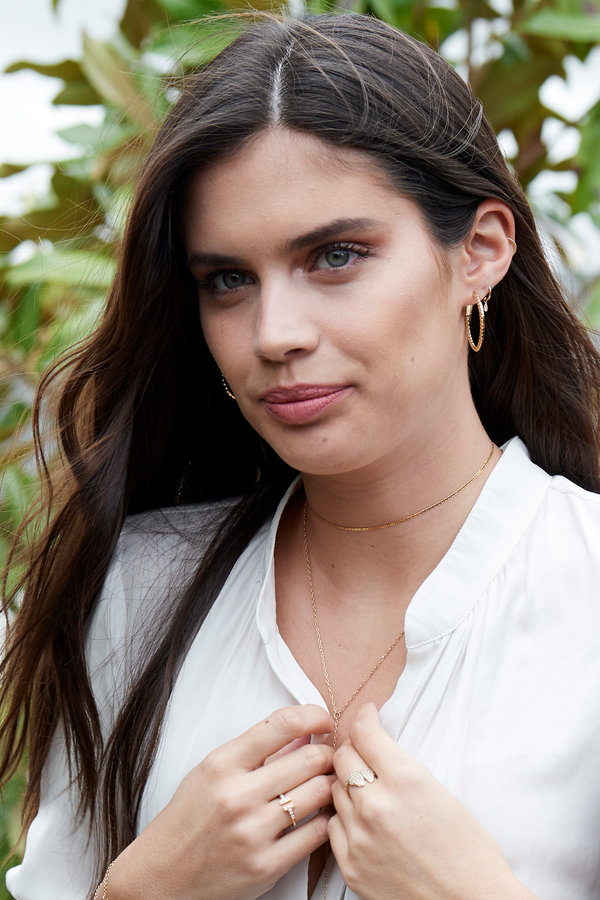 But the consequences of having pulled or picked repeatedly — bald patches on the scalp, missing eyelashes or eyebrows, injured skin — can elicit feelings of self-disgust and embarrassment. Over time, those feelings might hinder a patient’s ability to form relationships and function out in the world.

Last year, one of Sara Sampaio’s 7.5 million Instagram followers asked about her eyebrow-grooming routine. Ms. Sampaio, a 28-year-old Portuguese model who has walked in Victoria’s Secret and couture fashion shows, responded with a series of posts explaining that she struggles with trichotillomania and frequently pulls hair from her brows. (She fills them in with brow pencil.)

The response from fans with similar issues was overwhelming.

“One of the main reasons that people don’t talk about it is they’re afraid to be judged,” Ms. Sampaio said in an interview. “Hearing me talk about it gave them courage to go speak to their family or friends or a doctor.”

At their most severe, the conditions can put patients at medical risk, said Dr. Katharine A. Phillips, professor of psychiatry at Weill Cornell Medical College. For skin pickers, she said, that could mean serious infection or blood-vessel injury. Some hair pullers ingest the hairs they pluck; accumulation of hair in the gastrointestinal tract could cause digestive issues requiring surgery.

For many people with body-focused repetitive behaviors, though, the predominant effects are cosmetic, and the consequences emotional and social.

Mindy Mitchell, an insurance agent who lives in Shelbyville, Tenn., noticed in August 2017 that her elder daughter, Alyssa, who was 9, had begun to pull hair from her scalp. Within six months, Alyssa was bald but for a strip along her crown.

Ms. Mitchell, who is 36, was alarmed, but unsure of what to do. Kids at school began to tease Alyssa for her baldness, calling her names like “cancer girl.”

“Her having to explain that 20 times a day is really upsetting,” Ms. Mitchell said. She took Alyssa to be fitted for a wig.

When Ms. Mitchell eventually searched online, she came across the nonprofit TLC Foundation for Body-Focused Repetitive Behaviors, a patient-advocacy organization for the disorders. The organization works to promote awareness of the behaviors so that affected people can better understand their conditions and seek evidence-based treatment, said Jennifer Raikes, its executive director.

The group maintains an online database of clinicians with relevant experience, and convenes an annual conference for patients, family members, clinicians and researchers. Ms. Mitchell and Alyssa were among more than 440 attendees at this year’s gathering in Chantilly, Va., in May. Alyssa befriended other kids who came — some of whom also wear wigs. Ms. Mitchell left with some recommendations for treatment options for Alyssa close to home.

Government grants to study the disorders have been hard to come by. Ms. Raikes recently oversaw a patient-led fund-raising effort of more than $2 million for a precision-medicine study that aims to index roughly 272 patients with body-focused repetitive behaviors in search of commonalities such as genetic biomarkers that could lead to more targeted treatments. The study — a collaboration between researchers at Harvard University, the University of Chicago, the University of California, Los Angeles, and Stellenbosch University in South Africa — is underway, and researchers said they hope to publish related findings by next year.

As for Ms. Huffman, when she told her doctor that she struggled with skin-picking, the doctor recommended she see a psychologist. She found a local therapist skilled in habit-reversal and cognitive-behavioral techniques. After going to weekly sessions for a year, she learned some strategies for resisting the urge to pick, such as noticing when the urge strikes and having fidget toys at the ready. She’s picking much less now, she said, but still feels self-conscious about scarring.

The therapist also told Ms. Huffman about the annual TLC Foundation conference, which she attended for the first time in 2017. There, Ms. Huffman saw a hotel ballroom full of people who were working to address behaviors like hers. She was moved to tears.

When she returned home, Ms. Huffman worked up the nerve to approach her husband.

“I have something I want to tell you,” she remembers saying. “I want you to see my back.” 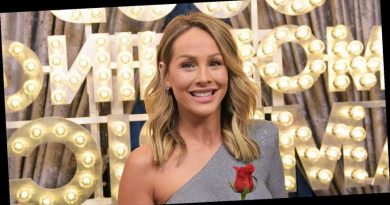 How 'Bachelorette' Producers Are Trying to Salvage Clare Crawley's Season 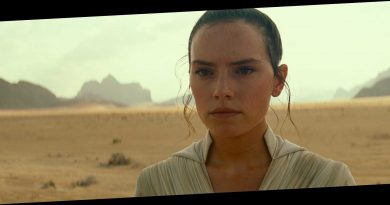 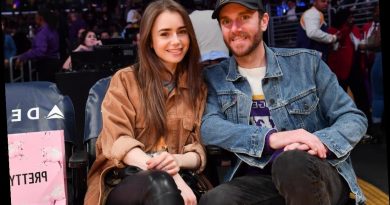