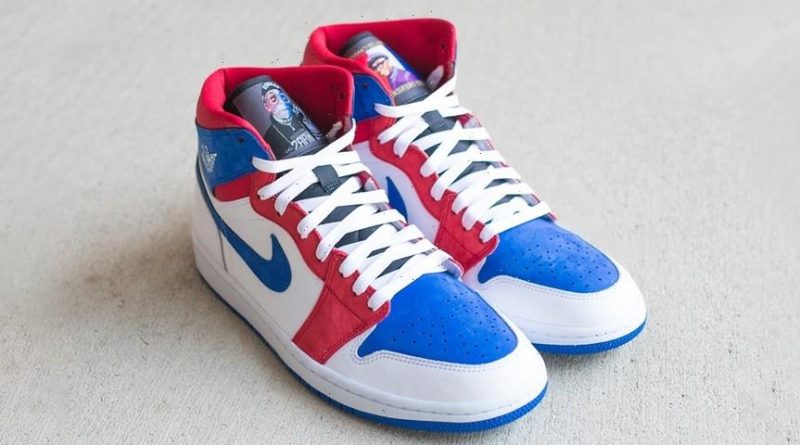 Spike Lee has been an official Jordan Brand family member since 1988, when, as Mars Blackmon, he hawked the Air Jordan 3 in the first of many legendary Spike-and-Mike Air Jordan commercials. Since then, Lee has received many a PE (player edition) sneaker from Jordan Brand, and the latest to surface is an Air Jordan 1 designed for the 2020 installment of the Cannes Film Festival — where Lee was set to serve as the jury president before COVID-19 necessitated the event’s cancellation.

Showcased by PE collector and seller English Sole, Lee’s Cannes Film Festival Air Jordan 1 is done up in white, blue and red suede and leather for a nod to the colors of the French flag. Though the color scheme may be bright and bold, the shoe’s signature detail is undeniably its unique tongue tags. The left shoe’s tag shows a classic shot of Mars Blackmon, altered to match the colors of the French flag. Sharp-eyed observers may also note that the underside of Mars’ hat reads “Cannes” instead of “Brooklyn,” and his shirt says “President Mars.” On the right shoe, Spike is shown in the purple suit he wore to the Oscars in 2020 to pay tribute to the late Kobe Bryant. Spike’s suit even features a #24 pin for a nod to the Mamba, and the graphic is surrounded by a French flag plus gold “Festval De Cannes” and “Jury President” hits.

According to English Sole, under five pairs of this Air Jordan 1 were made. Though it’ll never see a retail release, you can check it out in detail above. 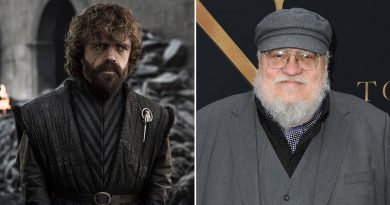 George R.R. Martin Swears the Game of Thrones Finale Won't Affect the Ending of His Books 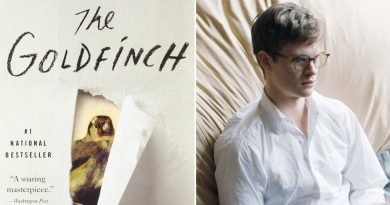 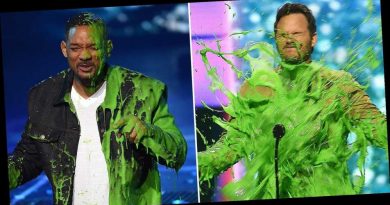 Stars Getting Slimed at the Nickelodeon Kids' Choice Awards