Home » Entertainment » Before the Release of the Air Jordan 11 Low IE "Bred," GOAT Explores Iconic Colorways of the Model 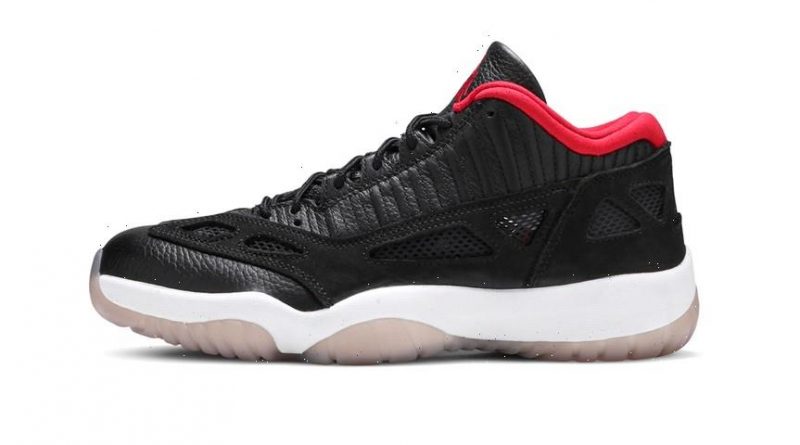 As fans gear up for the upcoming release of the Air Jordan 11 Low IE “Bred” 2021, GOAT is looking back at iconic releases that make up the model’s rich history. The drop marks the 25th anniversary of the lowtop IE, an iconic take on the silhouette originally designed by Tinker Hatfield. This version of the AJ11 sets itself apart with lightweight material choices that cater to warmer months, and its many releases have been the source of much fanfare over the years. Providing Air Jordan aficionados with something to talk about, the 2021 “Bred” version brings back the original colorway, not seen since 1996.

25 years later, and the Air Jordan 11 Low IE has proven itself a mainstay. To celebrate the milestone, GOAT is revisiting a few of the past colorways and releases that have helped to keep the model top of mind for decades. 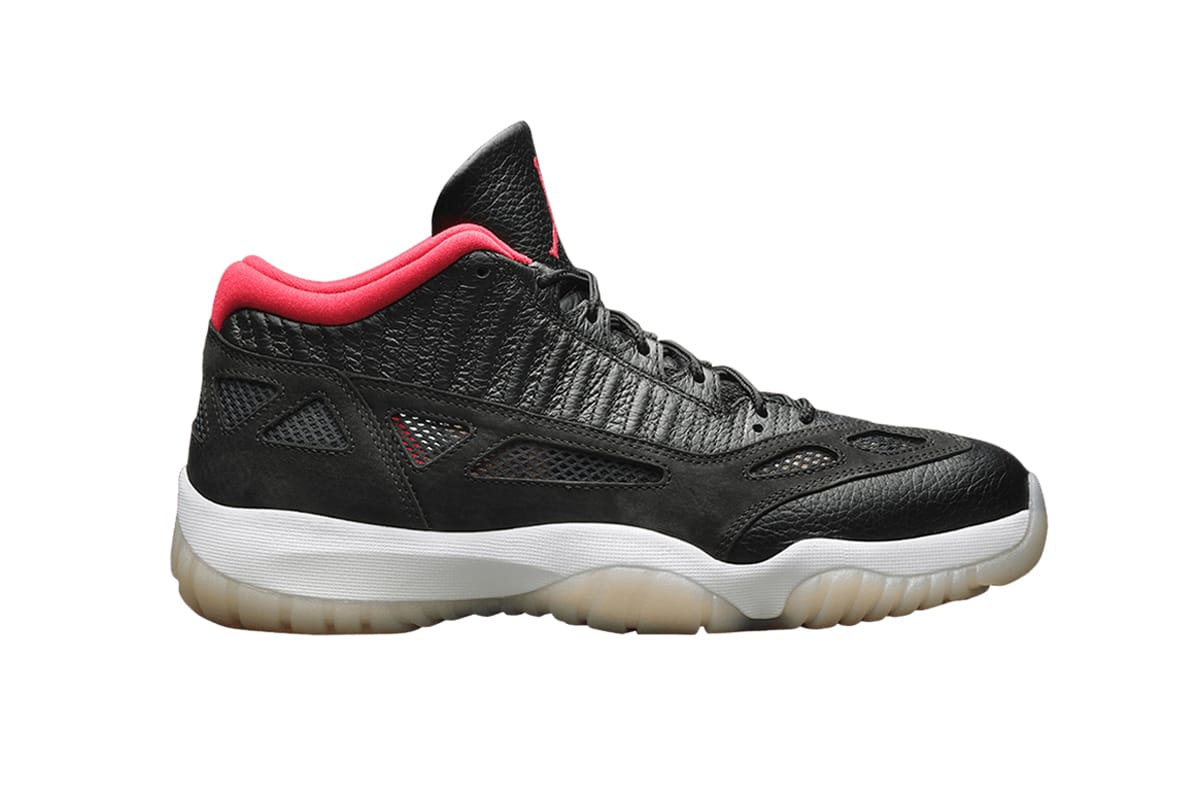 The highly coveted 2021 Air Jordan 11 Low IE “Bred” marks a re-release of the 1996 Chicago-inspired shoe. The true-to-the-original sneaker sets itself apart from other AJ11s with black cut-out overlays and mesh netting on the upper. This is complemented by a crimson Jumpman embroidered on the tongue and the sneaker’s collar lining, completing the “Bred” colorway. The sneaker is finished with a translucent rubber outsole and signature Air Jordan 11 midsole. 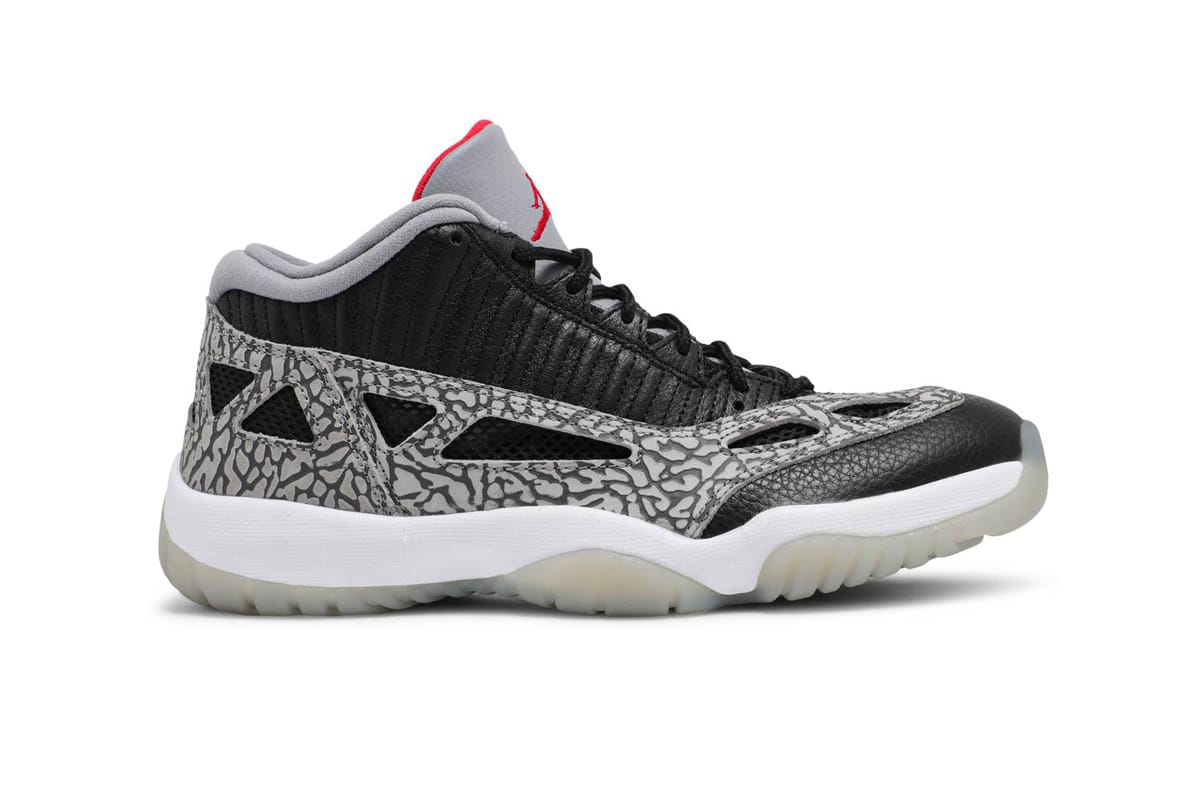 The gray elephant-print overlay on the Air Jordan 11 Low IE “Black Cement” features a pattern originally found on the Air Jordan 3. The bold, unmissable Nike motif is accented by signature mesh inserts. Like other pairs of Air Jordan 11s, this colorway includes a white foam midsole that’s reinforced by a translucent rubber outsole. 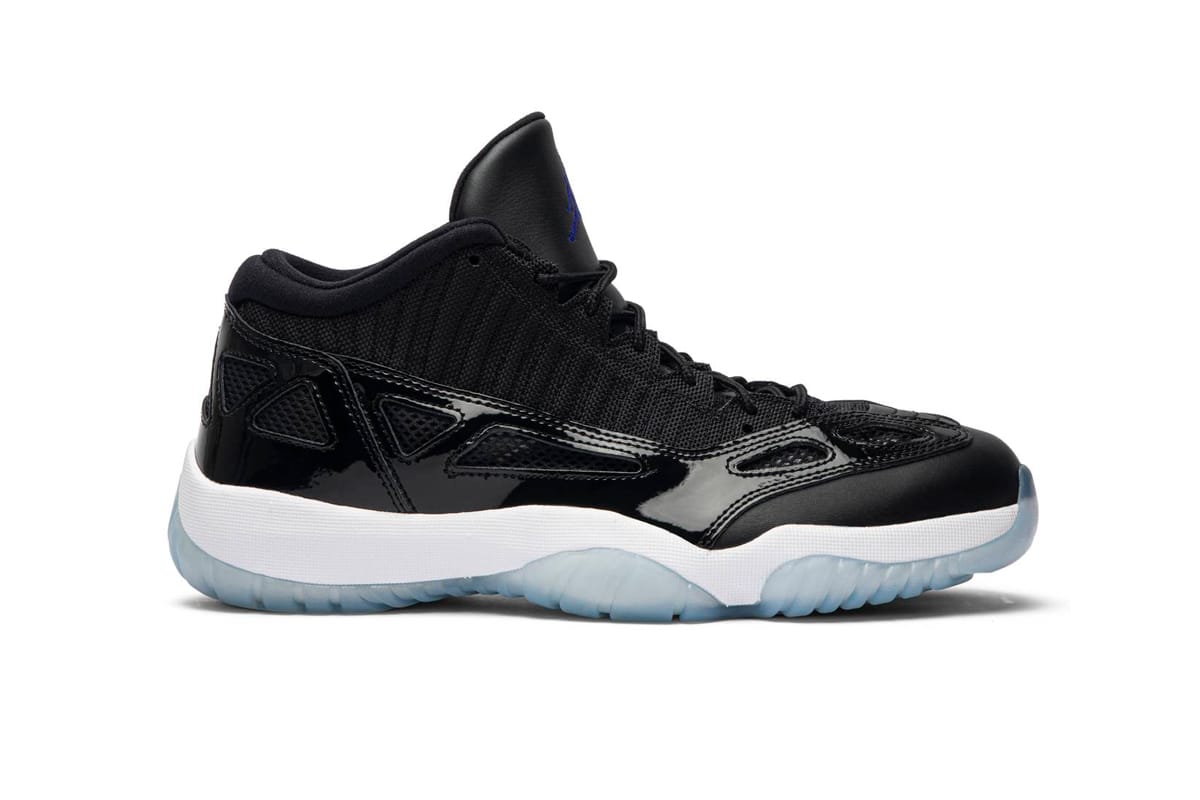 The Air Jordan 11 Low IE “Space Jam” references the 1996 film starring Michael Jordan, during which he wears a version of the shoe in the movie’s final matchup with the Toon Squad. This particular take, released in 2019,  is notable for its iced-out “Concord” sole that offsets the black upper, comprised of mesh, patent leather and smooth leather. On the tongue, a purple Jumpman logo pops against more smooth black leather. 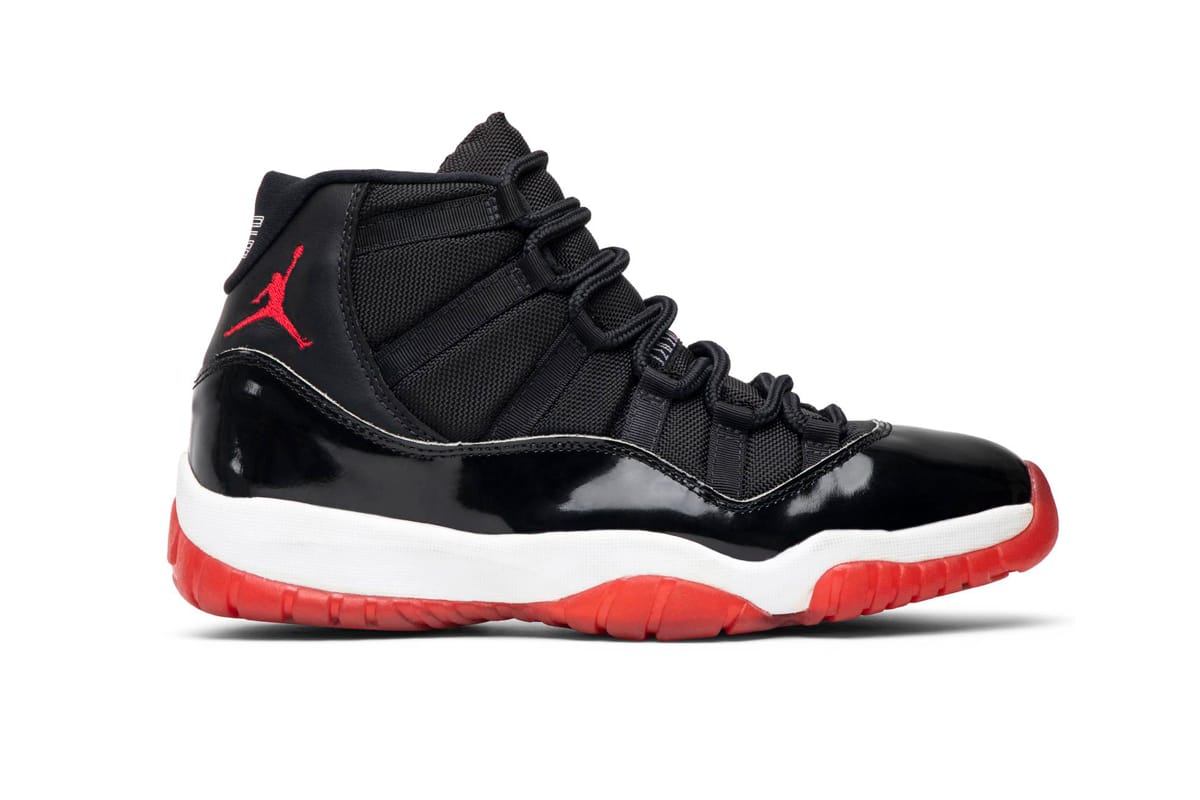 This classic Air Jordan 11 is dressed in the Chicago Bulls’ iconic black, white and red color combination and harkens back to the 1996 NBA championship when Jordan won his fourth NBA title with the team. A “True Red’ outsole is matched by the Jumpman logo, which comes through in the same color at the heel. The mostly black upper, featuring mesh, patent leather and smooth leather, allows the crimson details to pop. 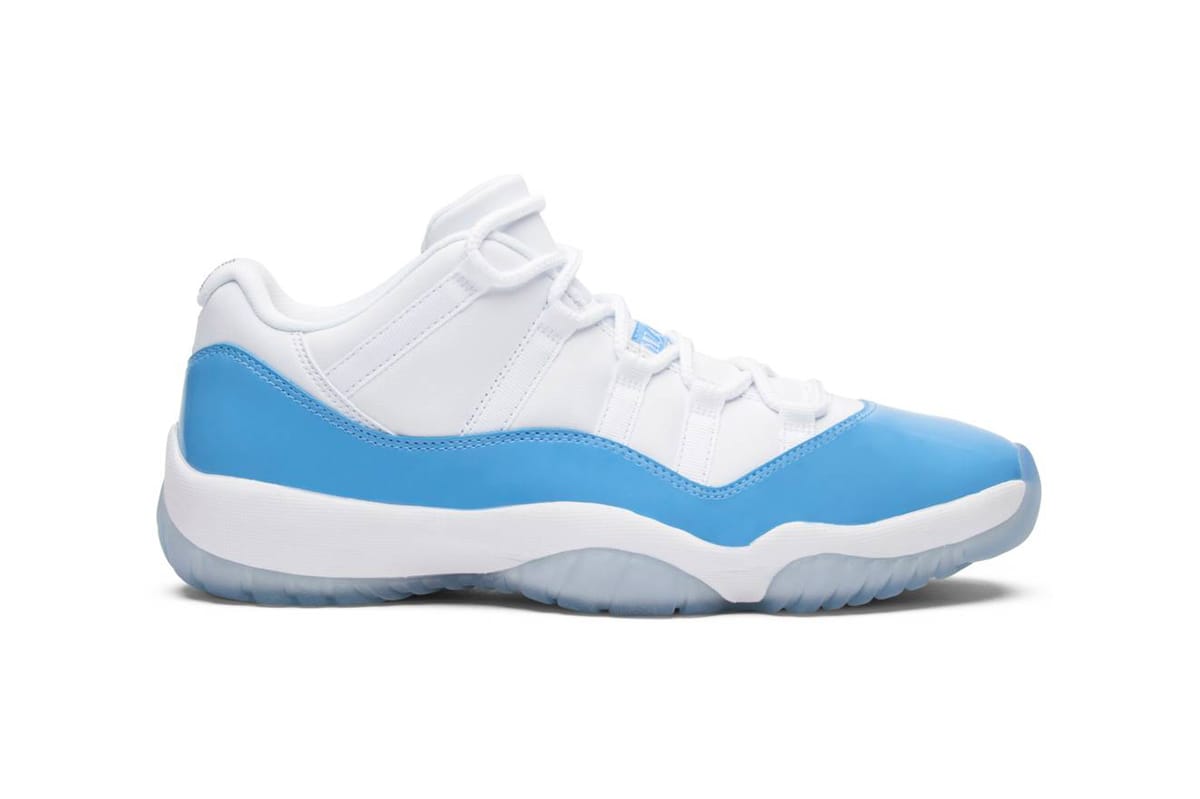 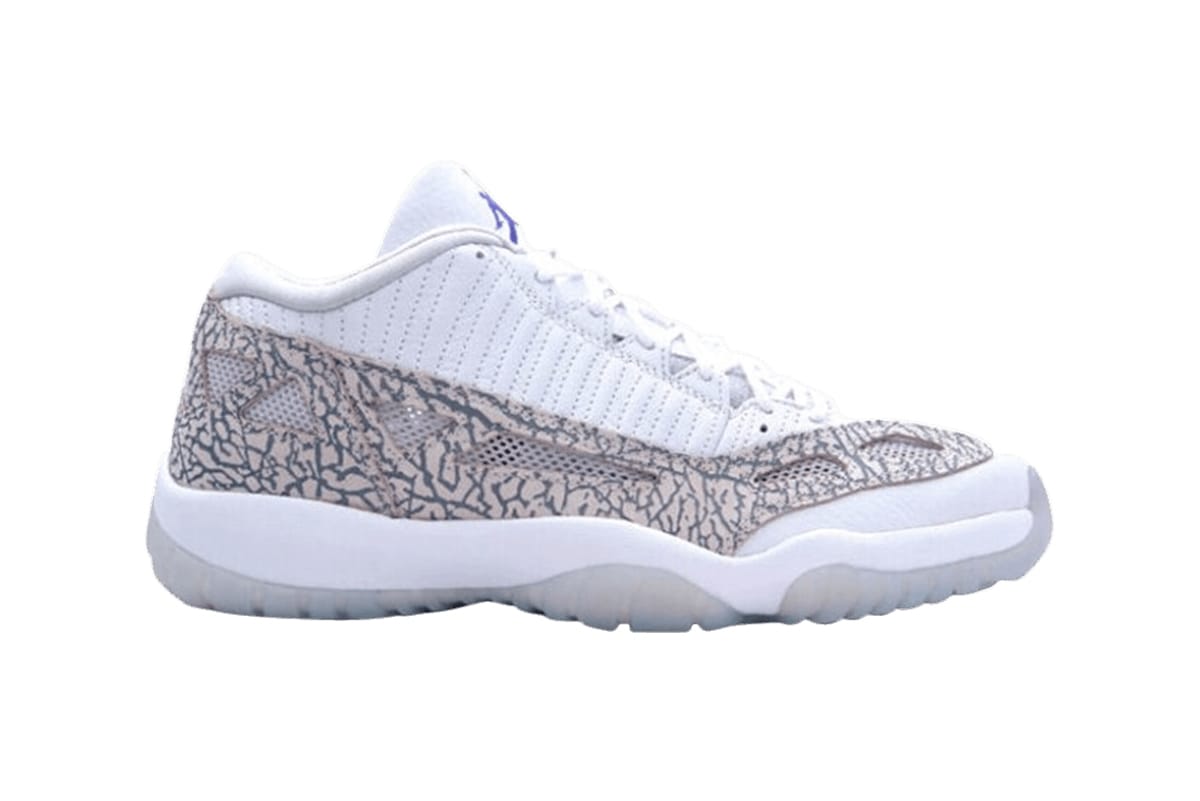 Originally released in the summer of 1996, Jordan Brand’s “Cobalt” edition of the Air Jordan 11 Low IE made a triumphant return in 2015. True to the OG, the release shows off a tumbled white leather upper and a grey elephant-printed mudguard. Perforated windows, an icy outsole and blue Jumpman branding on the tongue round out the model. 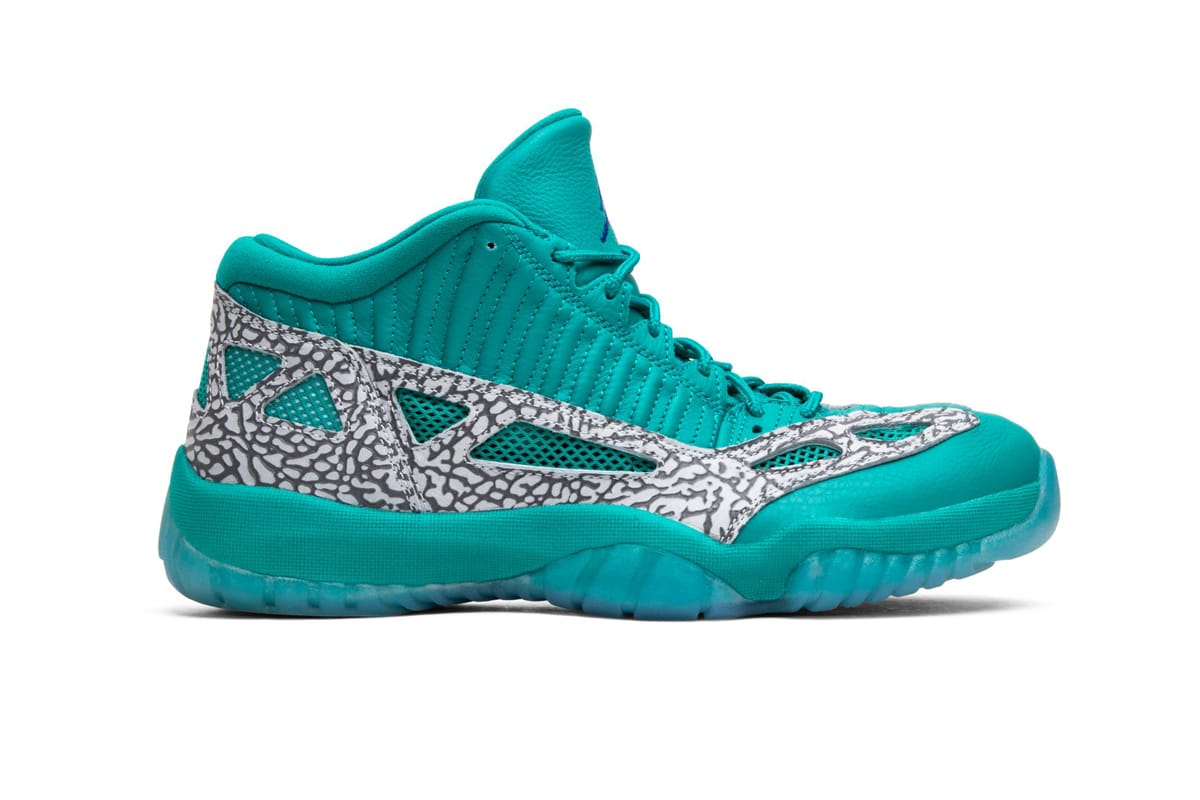 The Air Jordan 11 Low IE “Rio Teal” presented a bright twist on the timeless classic when it dropped in 2018 as part of the “Highlighter” pack. In this release, the typically patent leather mudguard is replaced with Nike’s elephant print pattern. Other signatures of the IE, like its ribbed paneling, mesh windows and translucent outsole, are swathed in a bright turquoise color.
Source: Read Full Article 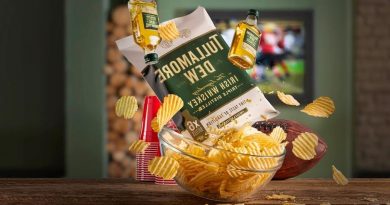 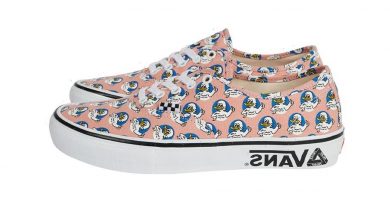