Home » Entertainment » All the most moving, magical moments from the Harry Potter reunion special 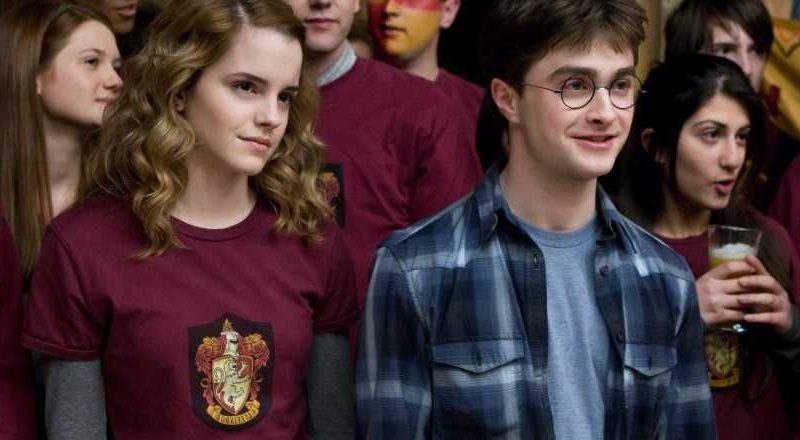 Emma Watson, Daniel Radcliffe, Rupert Grint and the original cast of the Harry Potter films have returned to Hogwarts for HBO Max’s forthcoming reunion special – and there are plenty of magical moments. Warning: this story contains spoilers.

It’s the one Potterheads have been impatiently waiting for ever since HBO Max announced that the original cast of the Harry Potter series would be reuniting to celebrate the 20th anniversary of the franchise’s first film.

We are, of course, talking about Return To Hogwarts, which traces the franchise’s journey through all eight films by way of memories from its beloved alumni, including the core trio, Emma Watson (Hermione Granger), Daniel Radcliffe (Harry Potter), and Rupert Grint (Ron Weasley), as well as supporting cast members such as Tom Felton (Draco Malfoy), Alfred Enoch (Dean Thomas), Evanna Lynch (Luna Lovegood), and Bonnie Wright (Ginny Weasley).

Return To Hogwarts: everything we know about the 20th anniversary Harry Potter TV special

Harry Potter fans will be pleased to know that the TV special is exactly the kind of nostalgic reunion we’d hoped for. At the beginning of the the nearly two hour show, we see members of the cast, including Emma Watson (who played Hermione Granger), Matthew Lewis (Neville Longbottom), and Robbie Coltrane (Hagrid) receive invitations bearing telltale wax seals and unusually precise locations, alongside the familiar tune of John Williams’ iconic score that soundtracked the Harry Potter film series.

The fun really begins, though, when the familiar faces reunite for conversations about the films’ legacy. Once sat down in their armchairs, there are plenty of insights about the casting process, behind-the-scenes footage from each film, and emotional conversations between its stars as they reminisce. Here are just a few of the standout moments.

When Emma, Rupert and Daniel talked about their on-set chemistry

In the first chapter of the reunion, The Boy Who Lived, we see Daniel Radcliffe, Emma Watson and Rupert Grint sit down together in the Gryffindor common room to discuss their initial thoughts at coming back together.

“How do we all feel being back and talking about this?,” Radcliffe asks his co-stars.

Grint then interjects with a joke. “It doesn’t feel like we’ve kind of earned a reunion yet… I have had kidney stones and a baby so time has obviously passed… I feel my age.”

The trio then reflect on the casting process, in which they remember the first time they acted together at an early audition.

“There is a such a collection of shared memories and stuff that we just all did together that it’s immediately very easy to slip back into where you were,” adds Radcliffe.

When talk turned to teenage angst 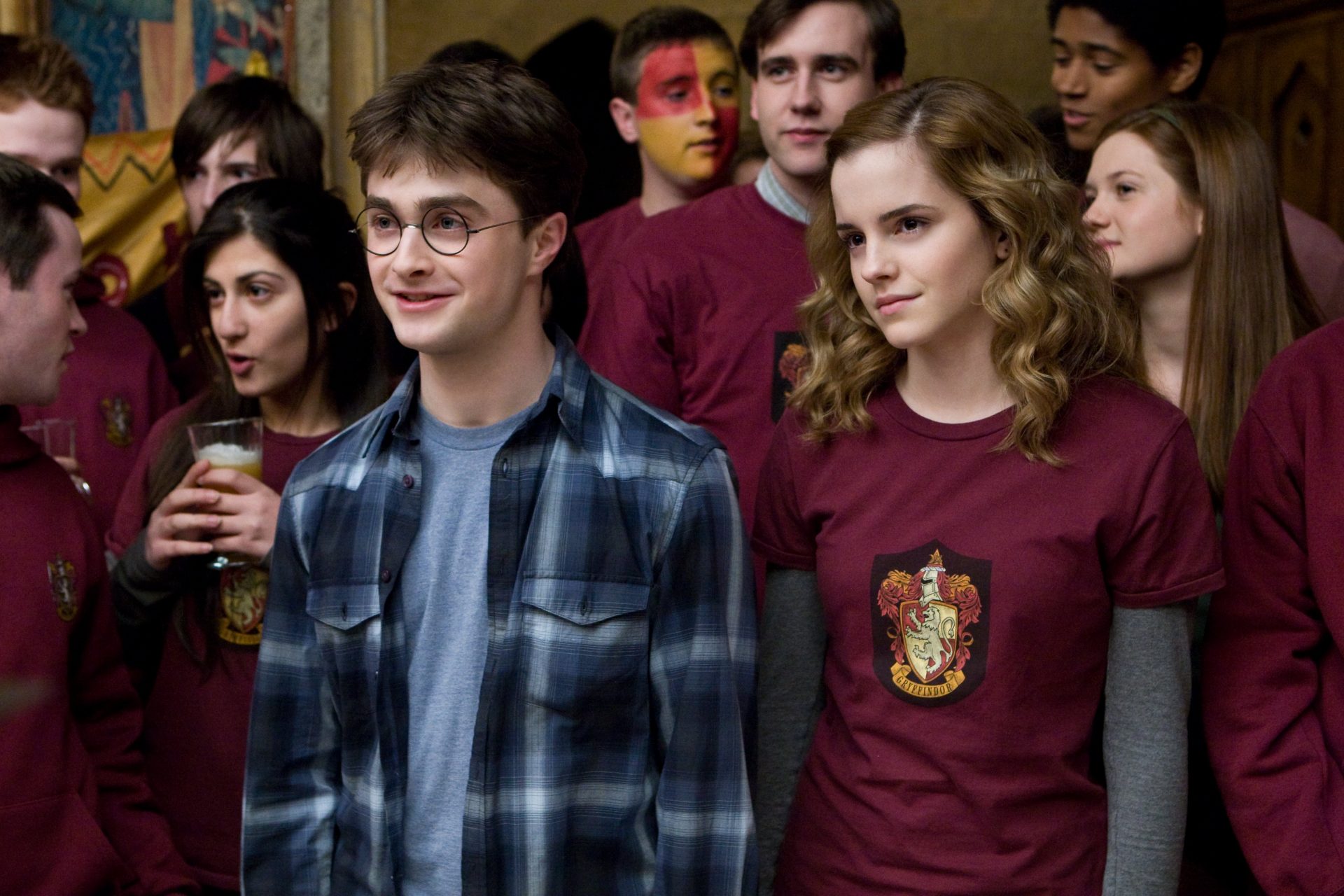 In the chapter Coming Of Age, the cast discuss their memories of filming Harry Potter And The Prisoner Of Azkaban and Harry Potter And The Goblet Of Fire, which are collectively remembered as the transition point into adulthood – both for the actors and their characters.

Radcliffe explains that working on The Goblet Of Fire, surrounded by “extremely hot” newcomers who had arrived to play the students of Beauxbatons, was “probably peak hormone, at least for me”.

He went on to explain that he and Watson would give each other advice on their teenage relationships.

“The amount of prep and coaching Emma and I would give each other on texting to the opposite sex… if she was texting a boy or I was texting a girl, I’d be like ‘she sent me this many kisses back, what do I do? This is a nightmare’”.

Watson also looks back fondly on the way she bonded with Radcliffe during this time. “We had that kind of older brother, younger sister thing,” she recalls.

When we learned about a beautiful friendship

At one point during the special, Watson reflects on the exact moment she developed a crush on Tom Felton, who played her arch enemy Draco Malfoy.

“I walked into the room where we were having tutoring,” she begins. “The assignment that had been given was to draw what you thought God looked like, and Tom had drawn a girl with a backward cap on a skateboard. And I just don’t know how to say it — I just fell in love with him.”

“I used to come in every day and look for his number on the call sheet it was number seven, and if his name was on the call sheet, it was an extra exciting day,” she continues. “He was three years above me and so for him, he was like, ‘You’re like my little sister.’” 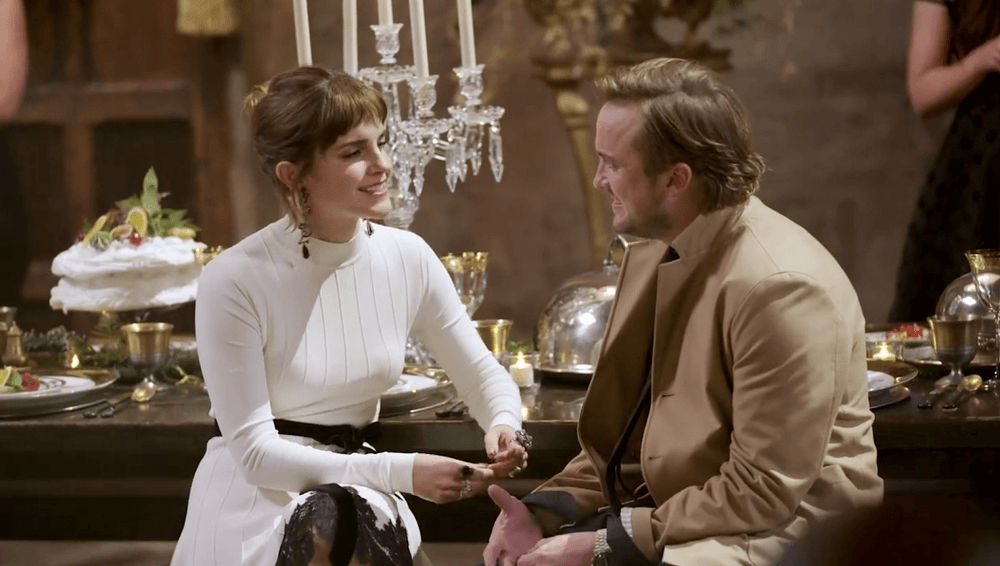 Emma Watson and Tom Felton reunite in Return To Hogwarts

Felton then explains that while he knew about Watson’s crush on him, the pair simply developed a close friendship.

“I think I was in the hair and make-up chair and someone said something along the lines of, ‘Yeah, she had a crush on you,’” he recalls. “I became very protective over her. Yeah, I’ve always had a soft spot for her and that continues to this day. There’s always been something that’s like, I don’t know, a kinship.”

Watson then says that although nothing “ever, ever, ever happened romantically”, the pair “just love each other”.

While Watson opens up about her crush on Felton, Radcliffe reveals that he his own crush on Helena Bonham Carter, who played Potter’s sworn enemy Bellatrix Lestrange.

In the special, he reads a love letter he sent to Bonham Carter after completing work on the final film – a momento she reveals that she’s kept safe for years.

“Dear HBC,” Radcliffe reads aloud. “It was a pleasure being your co-star and coaster in the sense that I always ended up holding your coffee.”

The pair then laugh about the pun, and Radcliffe gets embarrassed at the rest of the note. But Bonham Carter urges him to continue.

“I do love you and I wish I’d just been born 10 years earlier so I might’ve been in with a chance,” he continues.

When the cast discuss their enduring friendship 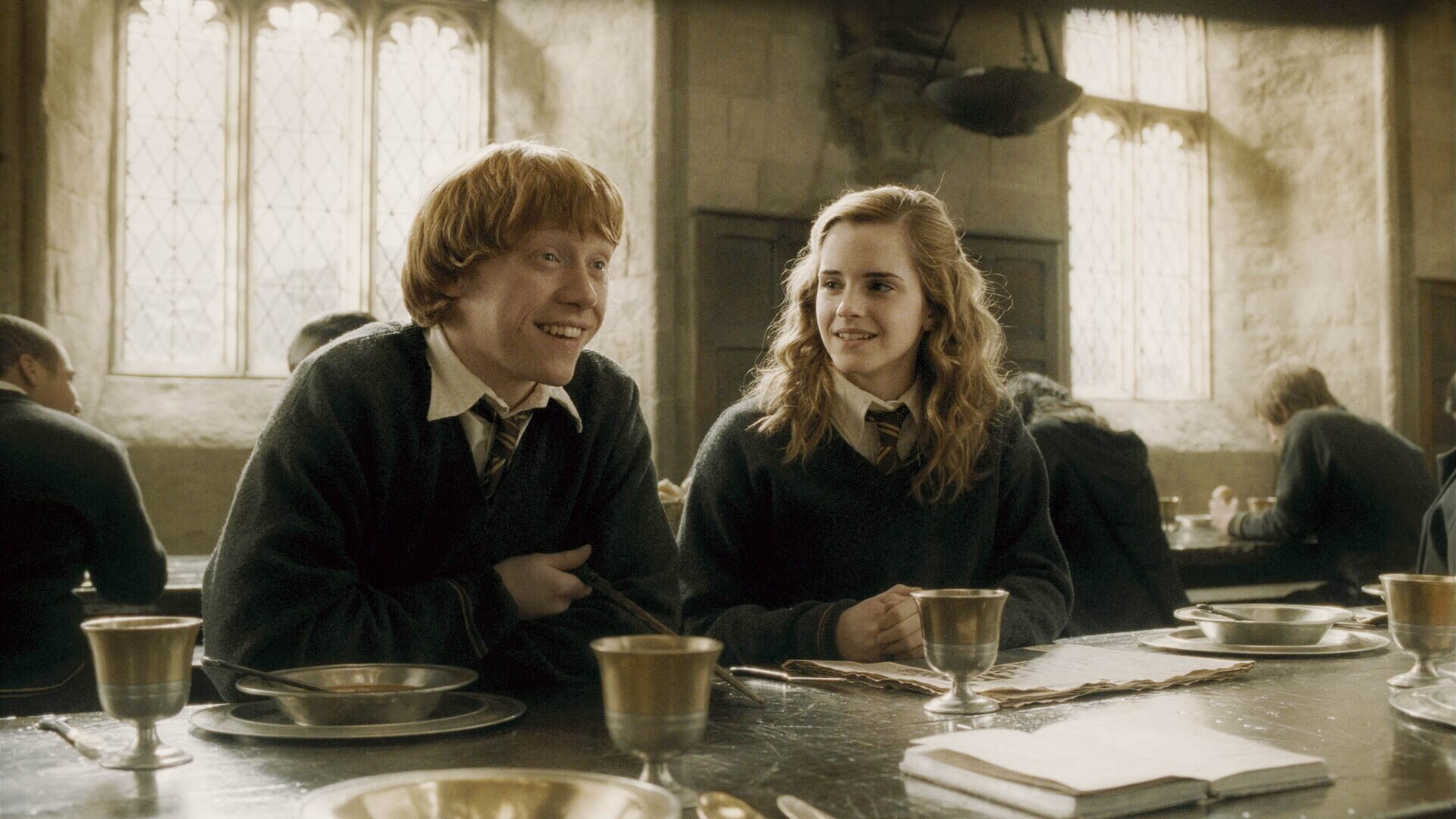 One of the most moving parts of the special is when Watson opens up about how she almost exited the role of Hermione Granger due to the pressures of fame.

During a candid conversation with Grint, the actor reveals that she was “scared” about being defined by the success of the franchise.

“I don’t know if you ever felt like it got to a tipping point when you were like, ‘this is kind of forever now,” she says to Grint.

Like Watson, Grint also admits that he had thoughts about leaving the franchise.

“I also had similar feelings to Emma,” Grint says later on to the camera. “Kind of contemplating what life would be like if I called it a day. But we never really spoke about it. I guess we were just kind of going through it at our own pace and we were kind of in the moment at the time. It just didn’t really occur to us that we were all kind of having similar feelings.

Emma Watson and Rupert Grint in Return To Hogwarts

Watson goes on to explain that although the fame had hit home in a “big way”, ultimately, she decided to continue filming because of the supportive environment.

“No-one had to convince me to see it through,” she says. “The fans genuinely wanted you to succeed, and we all genuinely have each other’s backs. How great is that?”

Grint then elaborates on the the deep understanding between himself, Radcliffe and Watson.

“No-one else can really quite understand what we experienced, it’s a very unique thing”, he explains. “I think David Yates used to describe us as astronauts because no-one else has really experienced this on this scale, and we’ll be forever bonded by that.”

Harry Potter 20th Anniversary: Return To Hogwarts is available to stream on 1 January on Sky and NowTV. 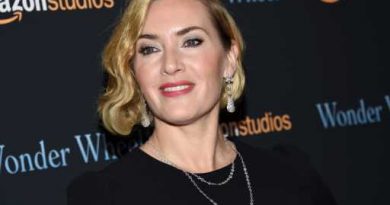 29 Fabulous Pastel Things You'll Want To Wear All The Time