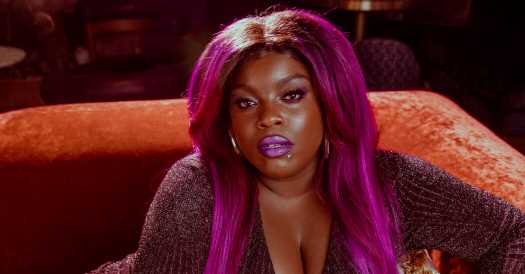 Calculus is hard. Parallel parking is hard. Meeting and working with people who don’t look like you — that’s a breeze. “It’s. Not. Hard,” the singer and songwriter Yola emphasized during a recent call, clapping her hands in between each word. “I literally came from another continent, and remedied it in six months. Even my manager, from remotely in England, found writers of color for me.”

The music industry promised to face its inequities over the past year in the wake of George Floyd’s murder and decades of complaints that a business built on the creative powers of people of color hasn’t always empowered them. Yola, the 38-year-old country-soul musician who leapt to national attention with a host of nominations at the 2020 Grammys, said one solution is an obvious one.

“When you start feeling in your soul that something’s missing, and that feels gross and weird, then go out in the streets, go to bars with your friends, and just talk to people in the world,” she said, her mellifluous voice building momentum. “Actually ask to work with people that are different, and hire people that are different — and by working and building it into your natural life, you will then have loads of people of color.”

This kind of thinking about big problems — and ways to fix them — went into “Stand for Myself,” Yola’s new album out Friday, as she was navigating another set of sizable challenges: improving on a Grammy-nominated debut LP during a global pandemic.

Yola and her producer, the Black Keys guitarist Dan Auerbach, like to work out a song in person, so her team underwent extensive coronavirus testing. She was living with a friend, the singer and songwriter Allison Russell, after the sudden travel shutdown left her in between places. She even got accustomed to lighting herself when performing over Zoom. “The first integer of the pandemic was us becoming tech savvy,” she joked.

But finding a way is what Yola has done throughout a musical career that began when she was a teenager. Born Yolanda Quartey in Bristol, England, she worked with groups like the dance-music collective Bugz in the Attic and the electronica stalwart Massive Attack while looking for avenues to pursue her own music. “There wasn’t this wonderful track record of women that looked like me in the U.K.,” she said. “It’s not that there weren’t loads of artists that had potential — it’s just that they were never invested in.”

A pivotal moment came in 2018 when Yola moved to Nashville to work with Auerbach, who owns and operates Easy Eye Sound, a label that specializes in left-of-center Americana artists. “When she walks into the room, she lights up the room,” Auerbach said over the phone, “and she has an uncanny ability to just connect with people.” Their collaboration resulted in “Walk Through Fire,” a record that earned four Grammy nominations, including best new artist. (She lost, to Billie Eilish.)

“Walk Through Fire” was praised for its fusion of Memphis soul and Nashville country, fueled by Yola’s powerhouse voice. But it was guided firmly by Auerbach’s familiarity with his surroundings, and Yola’s lack of familiarity with hers. Yola didn’t pick any of the co-writers on the record; she didn’t even know there would be co-writers until she walked into the studio. Though Auerbach brought in local legends like Dan Penn and Bobby Wood, it was hard not to notice that every writer in the room was not only older, whiter and male-r, but American, too.

“I’m like, ‘I’m a Black lady from England, we’re going to have to find some middle ground here,’” she said.

Before the pandemic, Yola had just finished filming Baz Luhrmann’s upcoming Elvis Presley biopic — she plays the rock progenitor Sister Rosetta Tharpe — and was preparing to tour with Chris Stapleton. The forced time off allowed her to figure out how to take a meaningful leap forward.

“I realized that I’d been too busy to be creative; I’d almost killed that part of my brain through sheer activity,” she said. “The stillness was giving birth to all of these ideas, and so I started examining what it was that was bringing these ideas back. That meant a lot of experimentation with my writing process — staying up really late, getting into this dazed state — and when I wasn’t overthinking anything, and my brain wasn’t processing anything, ideas would just appear.”

With a better understanding of each others’ abilities, Yola and Auerbach talked about making a more upbeat record, in order to showcase her voice upon the return of live concerts. And after getting to know her new surroundings over the last few years, Yola was now comfortable taking control: She recruited Black and Asian songwriters, was more involved with picking the musicians and revived several songs from her back catalog to finish with the help of her collaborators. The celebratory “Break the Bough,” for example, dates back to 2013, and was massaged to completion alongside Auerbach and the veteran songwriter Liz Rose.

The songwriter Natalie Hemby, who previously collaborated with Yola through her group the Highwomen and worked on several of the new album’s songs, said Yola was wide open to any idea. “She could sing the most piece of [expletive] song and make it sound amazing,” Hemby said. “It’s a little intimidating — whenever you have an idea you think is great, to hear her sing it makes you want to cry.”

Yola’s arrival in Nashville has coincided with the country music industry’s slow-rolling diversification, following decades of very specific (and traditionally white) standards. “She couldn’t be here at a better time,” Hemby said. “A lot of people in this town have been looking forward to this type of change.”

“Stand for Myself” draws from the same Americana soundbook as Yola’s first record, but it’s also shot through with disco and pop. A lush, groovy song like “Dancing Away in Tears” flows into the jangly shuffle of “Diamond Studded Shoes,” which was inspired by her disgust with former British Prime Minister Theresa May’s austerity policies. The lyrics touch on romance, but also her more tumultuous early years — her mother didn’t support her career, and Yola experienced a bout with homelessness in her teens — and the struggle to musically assert herself in rooms that often didn’t care about what she had to say.

“This has been a real traversing era of my life, from who I previously dubbed ‘doormat Yola’ to ‘Yola with agency,” she said. This assertion required a growing acceptance that she couldn’t do it all on her own. “The strong Black woman trope is designed to keep you in a state of service,” she added. “And dare you be so bold to actually go, ‘I’m looking to grow,’ that can turn into people desperately wanting to undo your effort.”

The desire for meaningful community manifests most obviously on “Be My Friend,” a showstopper ballad that features the Highwomen member Brandi Carlile on backing vocals. “No one is singing like her,” Carlile said. “She’s just walking through the world, projecting a very loud perspective that’s super potent and really needed.”

During our conversation, Yola stressed that no matter how stark America’s current racial divide can feel, it’s much different in England, where the necessary conversations largely remain undiscussed. “The reason it feels like a fight in this country is because there’s actually a fight happening,” she said. Diversifying her collaborators helped mitigate a historical workplace inequity, but there was a broader emotional logic guiding her decision — an attempt to further open a musical dialogue to include as many people as possible.

“It’s not that you can’t write amazing songs with people that are different to you,” she said. “But sometimes you need to write about a very specific experience. You need everybody and that’s really what I want to get forward with everything I’m doing. I’m in everyone’s club.” 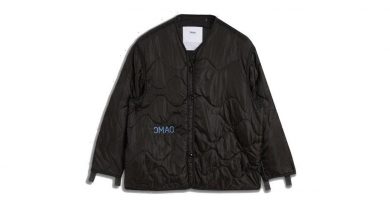 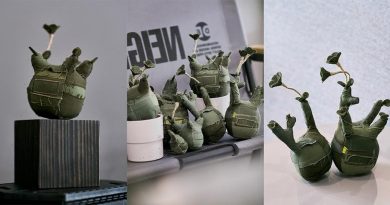 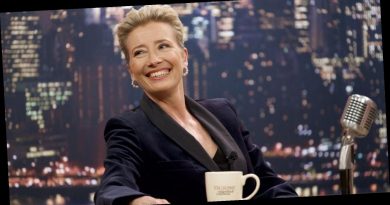