Home » A frank and honest conversation about being a “feminist mum”

Stylist’s podcast Baby On The Brain investigates the notion of a ‘feminist’ mum, and what that actually looks for women with children today.

From whether it’s possible to truly be a “feminist” mum or the concept of bringing children up in a way that rejects gender stereotypes, there’s always been a lot of debate surrounding gender roles in parenthood.

On episode nine of Baby On The Brain, executive editor Fliss Thistlethwaite seeks to tackle this minefield and is joined by her first co-hosting duo, Sarah and Laura Smith, parenting bloggers, and guest Sarah-Jane Crawford to explore all things feminism.

Beginning the episode, Fliss admits that: “As a feminist and an intersectional feminist, I’ve been thinking about what that means during pregnancy and motherhood. I’m going round and round in circles about my values and where I stand.”

With a two-year-old daughter, Annabelle, and a new baby on the way, Sarah and Laura both note that pregnancy has also caused them to re-evaluate how they approach the world, making them think about what more they can do to ensure that their children grow up in a world with as little discrimination and as many opportunities as possible.

“When you’re pregnant, it makes you question a lot of the things that you had never really considered before. You suddenly start questioning how you’re going to influence the future generation and therefore how you’re living your life,” says Sarah.

“I feel like a much more active feminist now,” Laura adds. “We were very conscious from before Annabelle was born that we wanted her to like things that she liked, not things that were for girls.” She says, “we take the lead from her.”

But for Fliss, pregnancy has made her question, in feminist terms, whether men and women, biologically, can actually take an equal role when it comes to bringing up children in heterosexual relationships.

“Men cannot play an equal part in pregnancy, and I also think in motherhood, because physically and mentally you do end up taking on a lot more than guys,” she says.

Sarah-Jane also saw her perceptions of feminism change after having her daughter – an issue that became particularly prominent when it came to breastfeeding.

“I didn’t want to be the little woman at home, washing, cooking and ironing,” says Sarah-Jane. “When Summer came along, all of a sudden I became this woman who was breastfeeding. Prior to that, I was very anti the pressure on women to breastfeed because I was such a feminist about it.

“I always kind of half judged women who would be – I thought – not doing anything. Little did I know that it’s the hardest job ever.”

Sarah agrees, noting that the discourse surrounding women being expected to breastfeed was something that initially turned her away from wanting to do it herself, but that this changed when her daughter was born.

“I was like ‘no. I will breastfeed anywhere and everywhere and if you look and judge me then more for you’,” she says. “Because, actually, it felt quite empowering to be like ‘I’m sustaining my child in this moment and the fact that you don’t want me doing this in a café or somewhere else is your problem, not my problem’.”

Another issue that Fliss is keen to discuss surrounds the issue of “daddy day care” and the way that people talk about caring duties that fathers should, or shouldn’t, take. Despite society progressing a long way, it is still common for people to expect women to take on the majority of parenting tasks.

The group suggest that this issue ultimately stems down to how men are traditionally treated as being the “lesser” parent in heterosexual couples, with their caregiving duties being deemed as less important or valuable than those provided by mothers.

“They don’t want to be that [lesser than] – but I feel like they’re predisposed to be,” says Laura.

“It makes sense because when you’ve had a baby, the maternal instinct is there and you’ve just grown this thing inside of you for nine months, so of course you’re going to want to be in charge of it. But, ultimately, it’s good for them to want to step up because they’re 50% parent.”

But despite women still being perceived by many as being the main carers of children, whether you have children or not shouldn’t make you feel any less of a feminist. It’s not who you are or what you do that determines your status, but whether you see men and women as being equal that does.

“I started to feel like the word ‘feminism’ or being a feminist was synonymous with anti-traditional women but, actually, what if you want to do something that’s very traditionally considered feminine?” says Sarah-Jane.

“If what it means is choice and allowing ourselves to feel like we can choose… that is being a feminist. And if that’s what it means then I am definitely a feminist mum.”

Listen to the rest of the conversation on Baby On The Brain episode seven on Apple and Spotify.

Been thinking about your fertility? Or perhaps you’re pregnant and worried about what happens next in your career? Stylist’s new franchise, Baby On The Brain, is here to answer all your motherhood questions.

This new digital space will be filled with discussions from different women airing their thoughts on motherhood, or the considerations around motherhood. But you won’t find information about the practicalities of sleep or feeding on Baby on the Brain. And this series is not about birth, either. This space is all about you, as women. 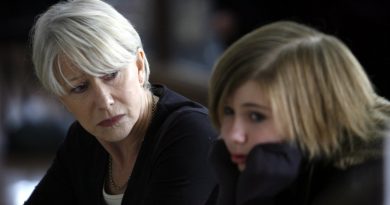 Need an Uplifting Show or Another British Mystery? We’ve Got You 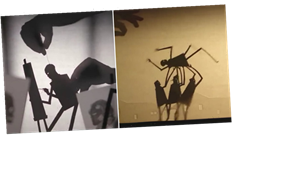 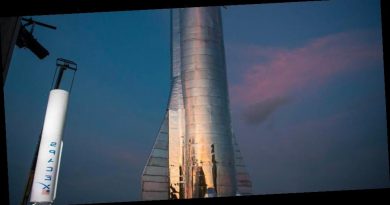