Home » A Complicated Collaboration for a New ‘Enemy of the People’

You are an established stage and screen actress, an Emmy winner with pivotal roles in two of the most critically acclaimed series of the past decade. One day, a young theatermaker rings with an offer you should refuse: a drastic remix of the Henrik Ibsen play “An Enemy of the People” as a solo show in which you would play all the parts. Oh, and he hasn’t written it yet.

Ann Dowd (the cult leader Patti Levin in “The Leftovers” and the brutal enforcer Aunt Lydia in “The Handmaid’s Tale”) did not hesitate. “I knew on that first call that I would trust him completely,” she said.

That bond was evident during a recent chat with Dowd, 65, and her new collaborator, the British writer and director Robert Icke, 34, at the Park Avenue Armory, which commissioned and is presenting their show from June 22 through Aug. 8. Sitting on an overstuffed maroon couch upstairs at the Armory, the pair batted around ideas, arguing affectionately but spiritedly, and dryly teasing each other.

In the original play, Dr. Thomas Stockmann discovers that the waters feeding his town’s popular spa baths are contaminated. For the sake of public health, he wants to disclose his findings and close the baths; this pits him against his own brother, Peter, who happens to be the mayor and fears a fatal blow to the local economy.

Icke (pronounced Ike) kept that mainframe, which feels prescient in the light of debates surrounding Covid-19, then changed … a lot. For starters, Thomas is now Professor Joan Stockman, the town has become Weston Springs and there are references to pizza delivery and TV. More importantly, the audience gets to influence the outcome by voting at key points of the story.

“Rob rewrites classics to bring them closer to us,” said Pierre Audi, the Armory’s artistic director. “Not by trivializing them, but by going straight to the complexity of why they are great plays. He’s categorical about being able to understand why a play needs to be done, why it’s a story we want to tell now.”

Icke’s only other New York credit, “1984,” received mixed reviews when it ran on Broadway in 2017 but in his native Britain he is celebrated for daring, bracing productions that strip the rust and barnacles off familiar material. Dowd — whose stage career includes a 2008 Broadway production of “The Seagull” opposite Kristin Scott Thomas and Peter Sarsgaard — is not shy about disagreeing about some of Icke’s aesthetic choices. But these differences appear to fuel their artistic collaboration, not hamper it. These are edited excerpts from the conversation.

What was your starting point when you decided to rethink Ibsen’s play?

ROBERT ICKE All I really had was the notion that it was interesting but maybe there was a different route through the story that might make a social-distanced environment feel natural rather than pragmatic. And it relied on me finding somebody I felt 100 percent confident I could write for.

ANN DOWD Were you sure it would be a woman?

ICKE Good question. I don’t know. There’s just something about this show with a man that is completely uninteresting to me. 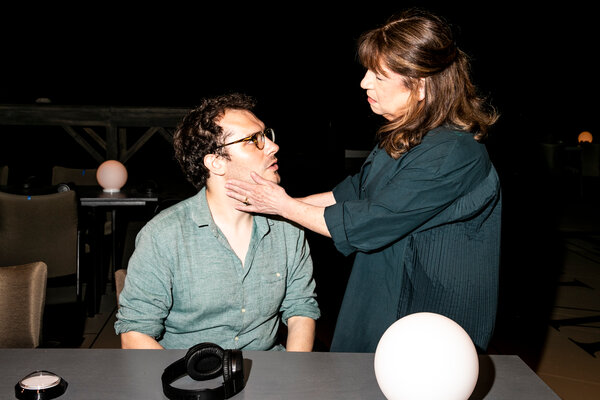 Ann, how did the project reach you?

DOWD My very wonderful agent and manager said, “You have an offer to do a one-person show based on ‘Enemy of the People’ with Rob Icke” — Robert Icke, I think they said. Block your ears — can’t compliment him, I mean, truly, don’t even try. I could tell from the sound of their voice that it was an extraordinary honor to be asked. I didn’t know Rob’s work — I don’t really know anything about a lot of things [stage whisper] you can just cut that part — but at any rate they educated me. Part of me was thinking, “Give me a reason to say no, please, let me avoid this walk up Everest.” I say “walk” because there’ll be no climbing. Then we spoke and I thought, “Who would ever turn this man down?”

Were you familiar with his work?

DOWD My sister is a casting director in London and said, “Rob Icke? Oh, my God, I saw his ‘Vanya,’ I was riveted and when it was finished it had been four hours.” [Actually, about three and a half.] I said, “Wait a minute — whaaaat?” She was just so in the story.

ICKE Chekhov said he wants that play to feel like real life so sometimes it was just like, “I just want to watch you all live for a minute, so you just tune your guitar and you maybe look at your phone for a second and then you put it back.”

DOWD Well, that irritates me: What is a phone doing in “Vanya”?

ICKE We do differ about this. What is our experience of being in the country in the modern age? [He pretends to hold a cellphone up in the air.] “Have I got any bars?” So there’s that idea that wherever they are, there’s no phone signal, just a rusty landline somewhere in the house.

DOWD My pushback was: “No, no, it’s called imagination.” Having played Sonya [in a 1986 production] and loving her — lo-ving her — I said, “I’ll trick you: I want to be in ‘Vanya’ and I’m going to play Sonya.” But he said he would never cast me in a role I’ve played before.

ICKE But there would be something interesting in asking where Sonya is when she’s your age. Like, what happened?

DOWD Yeah, write that play! But let me wear the damn clothes that I wore in Russia and don’t change my name. And don’t take out a cellphone!

How did you approach the central character of Joan? She has become a distinct person, not just Thomas Stockmann in a dress. And she can be aggressively intransigent, bordering on zealotry.

ICKE It’s both simple and incredibly complicated: the genius of this lady [pointing to Dowd] is that the characters are like real people. I came in one day with a rewrite of a section. She looked at me with a genuine hurt and said, “I just don’t think that’s fair on Joan.” Joan was now a real person who existed inside the actor.

DOWD If you track her early years, I think she was probably shut down quite a bit: “Lower your voice, let your older brother” — mother taking you aside — “Joan, he’s the shy one, don’t bully him.” So just learning: “I’m not going to be listened to so might as well just yell it out. And [expletive] every one of you!” I imagine one or two women have experienced that in their lives.

The play now introduces an interactive element with the audience votes: The majority’s decision has an impact on what happens in the town and in the play, and it might not be to everybody’s liking.

ICKE I think the same thing is true of Trump because he was democratically elected: He won a fair and free election. Whether any of us like that or not, there’s a horrible dichotomy to wrestle with.

DOWD How does that excuse —

ICKE It doesn’t excuse anything. But that’s the big bind: the process that put him there is the process we all claim to like and the one we signed up to. The British equivalent of that is Brexit.

DOWD If Peter [the mayor] had said, “Look, we are going to have to close down the baths, we’re going to figure it out together. We will find a way to get help. You are not alone.” Real leadership.

ICKE Isn’t real leadership to just get it done quietly: shut the baths, give a vague reason?

DOWD No, people deserve to know the truth about their lives.

ICKE But does it help us? Sometimes I wonder whether we’d all be happier if we knew a bit less. I sometimes think we’re all so flooded with information, it’s more than we can take in.

DOWD This is slightly off topic, sorry, but you think about the people who knew what Trump knew [about Covid-19] and stayed quiet. What is that? Your job is more important than your integrity?

Ann, how do you burrow into the heads of these tough characters? Of course Aunt Lydia comes to mind.

DOWD I was a pre-med student for four years and the way you get through it is that you study to the point of insanity. Then I realized, You know what? Let’s go to acting school! But I applied those same rigorous studies to acting for a very long time. That’s misery because you’re not letting anything in around you. All the doors shut, except for the one you choose to go through.

The other thing, and this is big: It’s playing. People ask, “How do you ever play Lydia?” I can’t get to her fast enough. It’s make believe — not to diminish the intensity — but if it wasn’t, emotionally, you’d go home, put a pillow over your head and end it all! Just chill a little bit: It’s a play, there is supposed to be fun in it.

Have you reached the fun stage on this one yet?

ICKE We had fun on Sunday, when you did all of it.

DOWD I was in a state of shock!

ICKE I’ve got the WhatsApps to prove it.

DOWD [resigned] OK. The point is, that’s the goal. I’ll get there. 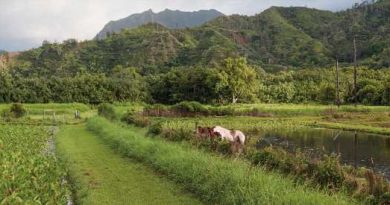 On Hawaii, the Fight for Taro’s Revival 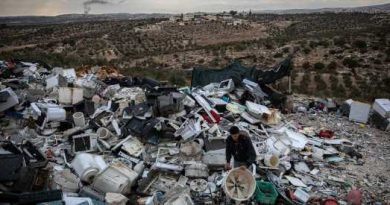 How One Photographer Captured Burning Issues Across the Israeli-Palestinian Divide 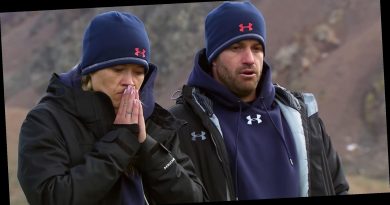