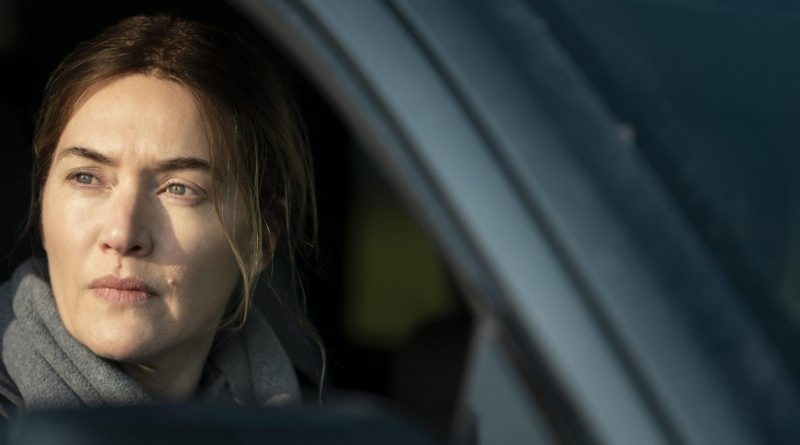 Warning: this article contains spoilers for episode six of Sky Atlantic’s Mare Of Easttown, so make sure you’re all caught up (or are actively seeking spoilers) before scrolling down.

After last week’s bombshell of an episode, there was a lot riding on the latest instalment of Mare Of Easttown – and it did not disappoint.

While all hopes that Colin (Evan Peters) may have miraculously survived his devastating headshot wound may have been promptly dashed from the outset (much to this writer’s dismay), episode six delivered plenty of satisfying twists and near-answers that set things up ahead of the season finale next week.

From Billy’s (Robbie Tann) confession (which, I might add, I don’t buy – more on this later) to the mystery surrounding the old cop gun used to shoot Erin (Cailee Spaeny), there are plenty of loose ends left to tie up as far as the series’ central mystery is concerned.

Mare Of Easttown episode 5 recap: what the hell just happened?

And outside the crime at the heart of the show, there are plenty of other questions left to be answered when it comes to the show’s characters, too, from Mare’s (Kate Winslet) relationship with Richard (Guy Pearce) to Siobhan’s (Angourie Rice) outstanding college decision.

All in all, there’s plenty left to explore in this show – and while it waits to be seen whether the finale will deliver everything this writer hopes it will, if the rest of Mare Of Easttown is anything to go by, it’ll be one hell of a conclusion.

In the meantime, however, there are still a lot of questions left to be answered after Mare Of Easttown episode six. Here’s a guide to them all.

Is Mare giving up on her relationship with Richard?

Let’s get the less dramatic question out of the way first: does episode six mark the end of the road for Mare and Richard’s relationship?

When Mare is released from hospital, Richard comes round to give her a gift basket and talk to her about what she went through. And while the pair are cordial, Mare uses Richard’s visit to break the news that she went on a date with Colin before his death, and that she doesn’t think she’s ready for a relationship just yet.

Is this the last we’ll see of Guy Pearce? Or is it possible Mare will change her mind?

Of course, there are those people who seem to think that Richard could be the real villain at the heart of this story (mainly because it seems nonsensical that Guy Pearce would be cast in such a small part), but I’m wary of this theory.

Remember when we all thought James Nesbitt’s Line Of Duty character Marcus Thurwell would turn out to be the big villain just because Nesbitt was playing him?

Mare Of Easttown episode six: is Mare giving up on her relationship with Richard?

Did Deacon Mark actually have anything to do with Erin’s murder?

Ever since Mare and Colin visited Deacon Mark (James McArdle) way back in episode three, he’s remained at the top of my suspect list. Not only was he allegedly ‘moved on’ from his old parish for having a relationship with a 14-year-old girl, but he was also shown throwing Erin’s bike in the river after the police approached him, too.

In all honestly, he couldn’t have looked any guiltier – but as the show approaches its conclusion, it’s seeming less likely that he had much of a role to play in Erin’s death.

During last week’s episode we learnt that, while Mark saw Erin on the night of her murder and drove her to the park late at night (where, it’s important to note, Mare found the bullet the police believe killed Erin), she was on her way to meet someone else.

Mare Of Easttown episode 3 recap: what’s with all the shady behaviour?

Mark also admitted that, while he threw Erin’s bike in the river, it was only because he was scared the police would find the bike and assume he was guilty as a result.

Although it’s left to be seen whether or not Deacon Mark is telling the truth, with Billy and John’s (Joe Tippett) shady behaviour going on elsewhere, it’s seeming more and more likely that he didn’t actually have anything to do with Erin’s death.

The big question at the heart of episode six is whether or not Billy is really telling the truth about being Erin’s murderer. If the rumours about his and Erin’s relationship are true, it certainly makes sense, but it seems like something more could be at play here – especially when it comes to Billy’s brother John.

Not only did John insist that Billy confess to Erin’s murder out loud as if to convince himself of something that’s not true, but he also asked his wife to keep Billy’s crime secret from Mare and acted shifty when she was asking the family questions about their Lake Harmony reunion, where Billy and Erin are rumoured to have first hooked up.

Then there was the fact that, on the receipt for Erin’s ‘5-29-17’ necklace, the name “Ross” is listed. Is it possible that John could have bought that necklace for Erin? That he, and not his brother, was the one having a relationship with Erin?

Even if this isn’t the case and Billy is the one who dated Erin, then John’s shifty behaviour hints to the fact that he at least had something to do with her murder. Perhaps he killed Erin to protect his brother, and Billy is covering from him? Or maybe the pair murdered Erin together?

Mare Of Easttown episode six: is Billy as guilty as he says he is?

Is John going to kill Billy?

Of course, the drama between Billy and John doesn’t end with Billy confessing to Erin’s murder. Towards the end of the show, we see the pair driving up to the family cabin to go fishing before Billy hands himself into the police – but all is not as it seems.

As the pair are packing up their car, Billy spots a gun hiding in John’s tackle box – and he seems increasingly nervous as the pair walk up to the fishing spot.

Could John be planning on killing Billy before he has the chance to admit to the crime – and possibly implicate John in the process?

Whose gun was used to kill Erin?

As a result of the forensic investigation into the bullet Mare found in the park, in episode six we learn that the gun used to kill Erin wasn’t just any old gun – it was a super old model called a ‘Colt Detective Special’, which was popular among police officers in the 80s. In fact, the ballistics expert shares, it’s likely Mare’s dad (who was a detective) had one when he was on the force.

To say this fact raises a whole lot of questions would be an understatement. While you could argue that the killer might have just bought this weapon online or stole it from an officer, in Mare Of Easttown, facts like these aren’t usually inconsequential. Instead, I think this could be a big clue to the killer’s true identity.

Mare Of Easttown episode 4 recap: things are getting dark around here

Billy and John theories aside, if we take the clue that Mare’s dad might have had one of these guns literally – that is, that the gun used to kill Erin was one of her dad’s old guns – then things get interesting.

Could it be that someone close to Mare – in her own family, even – is to blame for Erin’s murder? Siobhan, for example, clearly has a lot going on, as we see by her drug and alcohol-fueled rage in this week’s episode. Could she have had something to do with Erin and everything that’s been going on?

What’s going on with Dylan and Jess?

The strange dynamic between Dylan (Jack Mulhern) and Jess (Ruby Cruz) is yet another reason why I don’t think Erin’s murder is solely to do with Billy.

After chasing a clearly terrified Jess through Easttown’s back streets, Dylan pulled a gun on her, shouting: “Don’t open your mouth again or you’ll end up with your face blown off, just like Erin.”

What is it that Jess knows that Dylan doesn’t want to get out? Is this a clue that he was the one to shoot Erin? Or could he just be doing the dirty work for someone else?

Mare Of Easttown episode six: what role does Dylan have to play in all of this?

Talking about Dylan, in this episode, we see him become a prime suspect in the investigation into Erin’s murder.

It all kicks off because his girlfriend Brianna (Mackenzie Lansing) tells Mare that, when she woke up at 2am on the night Erin was killed, Dylan was neither in bed with her nor was he anywhere around the house. Then, when the police question Dylan about his whereabouts on that night, he straight-up lies and says he was home the whole time, before quickly changing his story when they reveal Brianna spoke to them.

With this in mind, and the fact that Dylan has some pretty violent tendencies, it seems likely that he had something to do with the circumstances surrounding Erin’s death.

What was on the slip of paper Jess handed Chief Carter?

One of the biggest cliffhanger moments in the series came during last night’s episode when Jess handed Chief Carter (John Douglas Thompson) the slip of paper she stole from Erin’s diary.

Upon seeing the paper, the Chief quickly instructed his officer to phone Mare, presumably to stop her from barging in on John and Billy’s fishing trip as she was planning to do.

The big question, then, is this: what on earth does that slip of paper actually say? Could it prove that John and Billy are both guilty? That they’re more dangerous than anyone thinks they are? Or does it implicate someone else entirely?

I guess we’ll just have to wait and see. 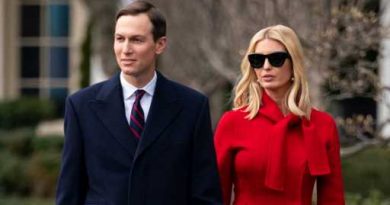 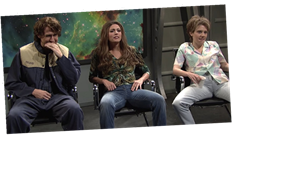 20 Saturday Night Live Hosts Who Just Couldn't Keep It Together