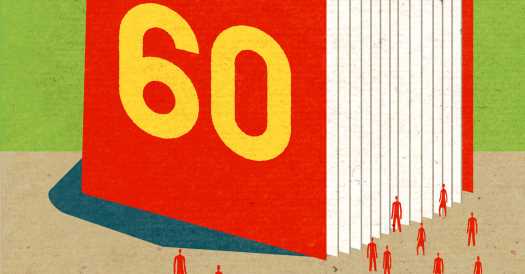 It’s a new way of thinking about higher education. Not as a discrete four years of classroom learning, but stretching over the six decades or so that today’s college students are expected to work over their lifetime.

The 60-year curriculum, which is more an evolving model than a concrete program, is primarily taking shape in the continuing education arm of universities, with the goal of developing a higher education model that is much more nimble. It needs to respond quickly to the reality that employees now change jobs and careers many times and that rapidly evolving industries require them to continually learn new skills.

“The real driver of the 60-year curriculum is the job market and length of life,” said Huntington D. Lambert, the dean of the division of continuing education and university extension at Harvard University, who is a leader in the movement.

The employee of the future, he added, “typically will have a new job every five years, probably for 60 to 80 years, and probably every one of those will require skills you did not learn in college.”

While the 60-year curriculum may sound like a new name for lifelong learning, the difference is that it focuses on how an institution can provide formal education courses and programs, said Gary Matkin, dean of the Division of Continuing Education and vice provost of the Division of Career Pathways at the University of California at Irvine.

“The 60-year curriculum is really the organizing principle behind a lot of different trends in higher education, including the trend of being more accountable and very relevant to the work force needs of a particular region,” said Dr. Matkin, who is credited with coining the phrase. “It’s not just inward looking, in terms of students, but also outward looking in how the university can really help the community.”

In general, some or all of these elements are part of the 60-year model: Micro-credentials or badges, which are mini-degrees in specific competency areas; portable transcripts, degrees and credentials that move with the student rather than stay with the institution; a variety of ways for students to attend classes — in person, via video calls or online; more connections between continuing education and a university’s undergraduate and graduate programs; and greater support over the long haul through advisers, financial aid and career services.

It also includes more short courses that emphasize job skills — both hard skills, such as a new computer language or technology, and soft skills, such as learning how to engage in difficult conversations — using real-life problems and case studies.

Since the courses, for the most part, are open to all, don’t require a long-term commitment and cost far less per credit than a typical graduate degree, they are more accessible to a wider range of learners.

“Everyone has a slightly different view of what this is,” said Christopher Dede, a professor at Harvard’s Graduate School of Education. “The goal is to make this a thoughtful evolution rather than doing it piecemeal.”

While there is no written curriculum, a few universities — including UC Irvine, Harvard and the University of Washington — are at the cutting edge of the concept. A book coedited by Professor Dede, “The 60-year Curriculum: New Models for Lifelong Learning in the Digital Economy,” that developed out of two Harvard conferences on the subject, is expected to be published next year.

An entire certificate course, which can take up to nine months part time to complete, runs between $3,600 and $4,500, said Rovy Branon, the college’s vice provost. Even with the low fees, some students need financial aid, so “we’ve started our own noncredit scholarship fund,” Dr. Branon said, which is unusual in the continuing education world.

The number of certificate students has increased by 31 percent since 2016, he said.

One thing that almost everyone agrees is needed is more guidance, a theme that stood out in interviews with Harvard’s continuing education students, Professor Dede said. As their careers progress, “they’re looking for a kind of sustained coaching that isn’t necessarily tied to a particular institution, but someone who understands the whole map of potential support services that they might need.” Or as Dr. Branon termed it, a learning concierge.

Since much of the 60-year curriculum is focused on working life, it makes sense to incorporate career services; Dr. Matkin’s role as dean of both continuing education and career services at UC Irvine is unusual but emblematic of what the model needs to offer.

“We might be the only campus in the world that’s doing that,” he said. “But it’s also a natural, because both units are concerned about students after they graduate. It really makes a lot of sense to put the two together.”

The move has both elevated the stature and visibility of career services and allowed students in continuing education to have access to it, Dr. Matkin said.

Not all the changes are going on in continuing education. Last year, the Georgia Institute of Technology published a report two years in the making — “Deliberate Innovation, Lifelong Education,” — to serve as a road map of what higher education at Georgia Tech will look like in 20 years, said Rafael L. Bras, the university’s provost and executive vice president for academic affairs.

Georgia Tech and higher education in general, “will have to consider the possibility that students will come in and out of periods of intensive study. The undergraduate of the future — or the graduate — may spend two years, and then go off to do their start-up and then come back.

“It’s a major change and, honestly, none of us are quite ready to do it yet,” Dr. Bras said. “But we need to start getting ready.”

Nor is the 60-year curriculum limited to the United States. The University of Newcastle at Sydney, in Australia, now offers about 150 short courses, most just one or two days long, which people can attend in person or join via a video call.

Ann Brewer, dean of the university, calls them “just in time” classes; the subjects including leadership, conflict management and coaching, with an emphasis on career and critical thinking skill development.

They began three years ago, and now 2,000 students attend — the average age is 35 to 50 years — with intake tripling each year, she said. The short courses are mostly noncredit, but a future goal is that those taking them can eventually have them count toward a degree.

But “we’re finding more and more people don’t want to do a full degree,” said Professor Brewer, who has long researched professional continuing education. “First of all, they haven’t got the money and increasingly employers are focusing on capability and competence rather than qualifications.”

The university is also working on the concept of an e-learning passport, where all of a student’s degrees and credentials will be easy to see, like stamps on a passport.

The 60-year curriculum will require both individuals and institutions to relearn longstanding culture, habits and ways of thinking, Professor Dede said. And that’s not easy.

Faculty and administrators can be concerned about the potential of additional workloads, whether class quality will be watered down and the financial impact to the school if students choose to do a certification program rather than go for a degree, Professor Brewer said.

A lot of questions remain unresolved, but one fact is not in dispute: “Higher education is being disrupted,” she said, adding, “I believe that in the future, it will look much more like what we’re talking about than what it looks like now.” 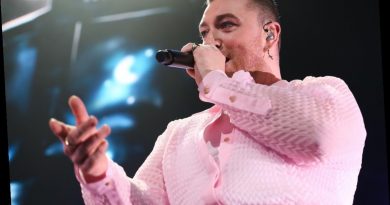 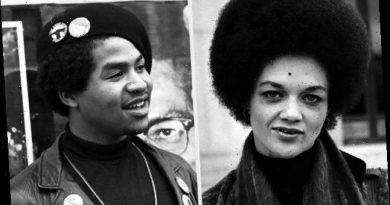 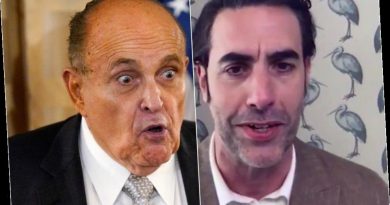