Home » 5 Minutes That Will Make You Love Choral Music 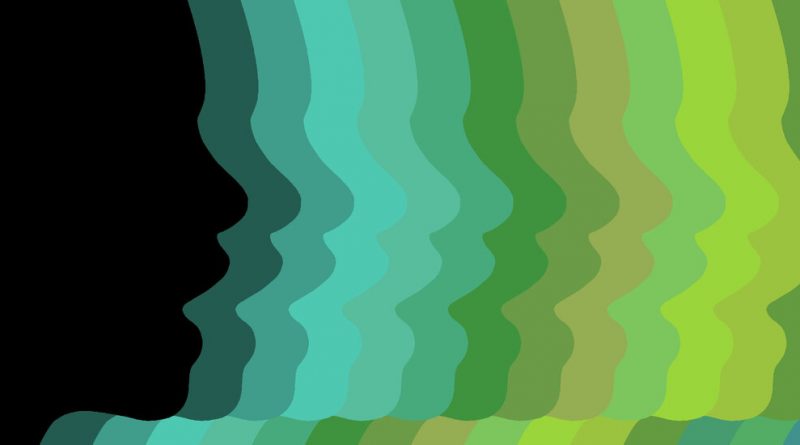 In the past, we’ve chosen the five minutes or so we would play to make our friends fall in love with classical music, the piano, opera, the cello, Mozart, 21st-century composers, the violin, Baroque music, sopranos, Beethoven, the flute, string quartets, tenors and Brahms.

Now we want to convince those curious friends to love choral music — the gorgeous sound of a mass of voices. We hope you find lots here to discover and enjoy; leave your favorites in the comments.

When I first heard Marcel Cellier’s compilation album “Le Mystère Des Voix Bulgares,” I was struck by the choir’s vocal quality: raw and direct, with a supreme clarity — and unlike anything I’d heard before. In “Kalimankou Denkou,” a powerful solo by Yanka Rupkina is wrapped in rich, cascading harmony, unfolding with organic complexity. This is perfect tonal music, where harmony and melody reinforce each other to convey deep expression. I hope it leads you down a YouTube rabbit hole in the vocal music not only of Bulgaria, but also nearby areas like Albania, Greece, Georgia and Corsica.

James Baldwin wrote of “the rare occasions when something opens within, and the music enters,” and I can think of no choral piece more certain to enter a listener’s spirit than Richard Smallwood’s “Total Praise.” Smallwood speaks of “mountaintop praise” — celebrating God when all is well — and “valley praise,” thanking God in the bleakest moments of life. Written when his mother and godbrother were terminally ill, “Total Praise” has brought strength to millions of listeners, from the mountaintops to the valleys and every moment in between. Vision offers the choral ideal: each part heard clearly within a rich spectrum of community sound. The “Amen” sequence is a musical and spiritual achievement on par with anything Bach left us.

Chants from the Gregorian repertoire are the most perfect form of sacred chant in the West. Born and developed within the liturgical rites of the Christian church in the eighth and ninth centuries, they establish the foundation of the entire construction of music we know today — not only sacred. In the gradual “Christus factus est,” three characteristics of Gregorian chant can be grasped: the amazing beauty of pure melody, perfect adherence to the sacred text and unsurpassed ability to touch the deepest chords of the human soul. The two complementary aspects of Christ’s sacrifice are keenly expressed: his humiliation until death on the cross (the first part) and his glorification (the second).

Joel Thompson’s “America Will Be” has everything I love about choral music. It weaves together texts about what America has meant to immigrants from generation to generation, in a variety of languages. It employs a variety of compositional techniques and effects that add richness to the textures. It is rhythmically complex, evoking feelings from uneasiness to urgency to steadfastness. It features gorgeous moments of solo singing with beautiful support from the choir. This piece explores so many harmonic colors, taking the listener on a journey from dissonant unpredictability to consonant inevitability.

Joel Thompson’s “America Will Be”

The first iterations of the “Ode to Joy” melody in the final movement of Beethoven’s Ninth are magical. But here’s where I choke up: when the men’s voices, tethered to trombones, lay down Schiller’s challenge of universal brotherhood, sending a kiss — “diesen Kuss” — to the world with all the solemnity of an oath. They are answered by a meteor shower of high voices, and the music builds in overlapping waves of light; falters; gathers momentum; and is again suspended in a pulsating pause, as if the cosmos is holding its breath. And then they’re off, instrumentalists and singers alike, some skipping and some marching, all the way to the jubilant ending.

This is a short piece — a setting of hauntingly beautiful poetry by William Blake. Every time I hear it live or conduct a performance, it always has the same effect: It seems to turn down the lights in the room. It creates in the listener a feeling of twilight, that mystical blue place between the sun going down and nighttime. You can hear how warm and rich and, to my ears, full of forgiveness the music is. This, for me, is the whole gift of choral music — that we can speak to one another in a deeper, more authentic emotional language for which there simply aren’t words.

Choral singers collectively use voice and body to communicate words, and those words can encompass stories and perspectives apart from our own. This year especially, we have recognized the need to speak with intention and honesty about our country’s history, laden with injustice and inequality. Shawn Kirchner’s reimagining fuses Katherine Lee Bates’s traditional “America the Beautiful” lyrics with his own verses describing early American interactions with Native Americans and Black people. Listeners are welcomed into a space where patriotism can be met with empathy and a united path toward a truer “justice for all.”

Think of the British choral tradition, and the mind turns to the massed choirs of a hundred years ago, belting out the “Hallelujah” chorus — or perhaps to the profound beauties of the Tudor age, the work of men like Thomas Tallis and William Byrd. But the tradition lives on. In “Media vita,” the young composer Kerensa Briggs takes inspiration from one of those Tudors, John Sheppard, and his masterpiece of the same name. She turns a text that pleads for mercy in the face of death into three minutes of poignant, ambivalent, quietly devastating music; Sheppard surely would have been proud.

Wynton Marsalis’s scoring of this doxology is a highlight of his “Abyssinian Mass,” which co-stars the conductor Damien Sneed’s Chorale le Chateau. At the outset of this recording with the Jazz at Lincoln Center Orchestra, soprano and alto voices sing the text in rounds, while tenor and bass voices move together. Later, these halves of the choir swap patterns. By the climax, we experience a chorus-wide unity. It’s all anchored by the Lincoln Center instrumentalists, who elsewhere enjoy their own chances to play some elaborate variations on the movement’s central motif.

Opera choruses don’t have to be loud and boisterous to make an impression. The “Humming Chorus” from Puccini’s “Madama Butterfly” works its magic with its simplicity and wordless melody. The singers don’t appear onstage and, without a text, their sound conveys whatever emotions the listener is having at this point in the opera. It could be Butterfly’s loneliness, or the hope that she almost dares to feel. The gentle humming could be the rustling of the cherry blossoms, the flickering of fireflies. The sound of chorus and orchestra suspends us, breathless, in time.

For the opening exercises of the first summer of the Berkshire Music Center at Tanglewood, in 1940, the Boston Symphony conductor Serge Koussevitsky commissioned the American composer Randall Thompson to write a choral piece. Thompson completed his five-minute “Alleluia” just hours before the ceremony, where it was performed not just by the singers in the training program but also by all the participating instrumentalists and faculty. This richly textured, glowing, wistful and subdued piece has been performed at every Tanglewood opening since, and has also become a favorite for church services, concerts and commencement exercises. Rightly so.

The first time I watched Donald Lawrence and the Tri-City Singers perform “Matthew 28,” I was captivated — frozen, even — yet invigorated, in awe as I attempted to process the magnitude of the multidimensional performance. For me, this is a masterpiece that skillfully bridges elements of traditional gospel style with contemporary practices, while also encompassing elements of funk, jazz and classical music. Filled with unexpected changes in dynamics and choral textures, it is a riveting, almost cinematic interpretation of the Resurrection story.

The first time I heard Monteverdi’s “Lamento d’Arianna” was in 1972, in an early-music workshop. We were sight reading it, at a time when Monteverdi wasn’t all that well known, and we were all visibly moved by the exquisite dissonances we were singing. At the end, a very loud cricket was either applauding or serenading us, and we stood together, admiring her song and the experience. Written over 400 years ago, the lament retains its freshness, and to this day it still passes the “brings me to tears” test.

A transformative discovery of my early 20s: In the closing moments of Mahler’s Eighth Symphony, two sopranos (miraculously) exchange a high B flat, singing that “draws us ever upward” — words that the choir echoes with a yearning, calling gesture. It’s a musical question that, seconds later, is answered by an arrival, unleashing all the power of communal singing and playing: “Everything transient is just a parable.” It demands we stand up. It demands we consider who we are. It taught me that my interest is not in the redemption of a future life, but in the redemptive music ordinary human beings create out of nothing. From this great collective, the orchestra emerges alone in a final cry: “Come, come.” It’s all just singing.

Written by a young Samuel Barber in 1940, “The Coolin” sets the words of the poet James Stephens, who based his five stanzas on an old Irish love song; the word “coolin” originally referred to a curl at the base of a girl’s neck, and evolved into a term for one’s sweetheart. Barber has an ear for accessible, but not trite, harmony. He delights me by highlighting certain words (“wine”) with a subtle chord change. He uses a lilting dotted rhythm for much of the piece. From the opening line — “Come with me, under my coat” — to the final “Stay with me,” the words and music speak seamlessly to the listener’s heart.

I vividly remember my introduction to John Rutter’s brilliant and effervescent “Magnificat anima mea,” the first movement of his Magnificat: It was my high school’s annual choral concert, during my freshman year. The piece opens with a bright trumpet fanfare, then takes a colorful journey full of rhythmic changes, juxtaposed against the beautiful melodic counterpoint and brushed with a perfectly balanced orchestration. The vocal lines are full of celebratory exclamation, making it a perfect setting of the Latin text: “My soul magnifies the Lord.”

I can’t say with certainty that this is a Bach motet. In his liner notes for a recording of it, the conductor John Eliot Gardiner concludes, “We cannot be totally sure, but from the evidence of the way the score is presented it suggests this was indeed composed by Bach.” Regardless of its authorship, it never fails to move me. The music’s expressiveness is intensely human, conveyed in contrasting halves: the first plain-spoken, with harmonies alternatively shattering and serene, and the second polyphonic, a work of gorgeous intricacy.

In just two minutes here, you get Mozart at the peak of his Janus-faced modes: sublimely solemn, then giddily playful. It’s the end of “The Magic Flute” and, as the chorus says, fortitude, beauty and wisdom have triumphed. The crowd thanks the gods Isis and Osiris, but the celebration is so human — finding joy in being (and singing) together. 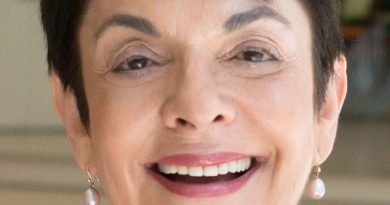 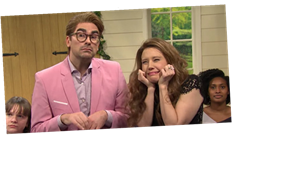 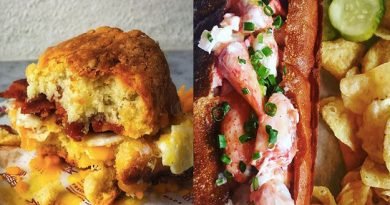