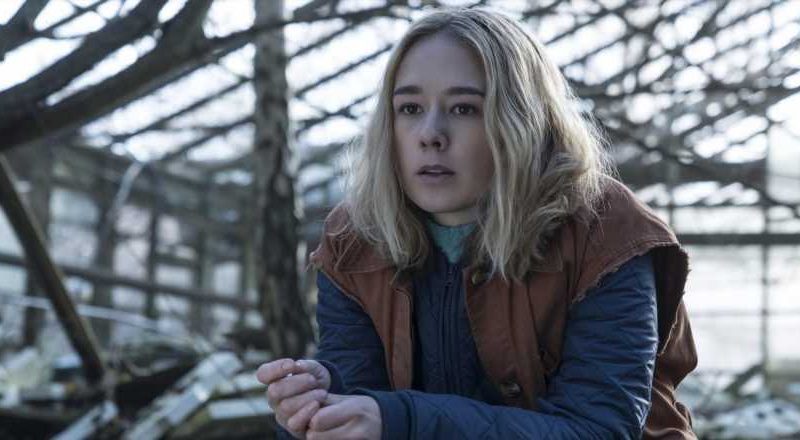 Updated on 14 May 2021: Summer is allegedly upon us, but the weather remains cold and oppressively gloomy – the sort of gloomy that makes you feel as if you’re trapped inside the bleak landscapes of a Nordic noir. So it makes sense, then, that we’re 100% in the mood to don a knitted jumper, grab a mug of glögg, and snuggle up on the couch in front of a moody Scandi crime drama, eh?

Filled to bursting with gritty social realism, complex characters, covetable knitwear, and sombre (usually snow-battered) settings, these are some of the best Scandi noir series available to stream now on Netflix.

We’d say ‘happy viewing’ but… well, but that’s not really the point of these TV series, is it?

The Unlikely Murderer is a fictional interpretation of how Stig Engström, the graphic designer who was named as the probable murderer of Sweden’s prime minister Olof Palme, managed to elude justice right up to his death through a combination of audacity, luck and a perplexed police force.

What do we know about Stig Engström? How could the police let him get away, despite being on his track? As this series (due out in autumn 2021) makes clear, the murder was not planned well, Engström did everything wrong from the beginning and almost no one believed his lies about what he actually did during that fateful night 1986 in Stockholm, Sweden.

Netflix’s Snabba Cash is set 10 years after the events depicted in the film trilogy.

Snabba Cash follows Leya, a young single mum trying to make it within the startup scene. Thrust into a “a buzzing environment where the craving for status and money is stronger than ever” and one in which “the entrepreneurial jet set has become even more brutal, chaotic and ruthless,” though, she soon finds herself dragged into a nefarious criminal underworld.

Based on the best selling Kurt Wallander novels by Henning Mankell, this modern reimagining of the legendary detective sees Kurt Wallander navigate the increasingly violent environment of present-day Sweden. When he is unable to save a teenager from a gruesome attack, Wallander must learn to cope with his guilt in order to solve the crime.

The Chestnut Man isn’t out until the autumn, but we are very excited about it. Set in Copenhagen, it plunges us headfirst into a terrifying murder investigation. A body has been found in a children’s playground – with one of its hands missing. And, hanging above the body is the killer’s calling card; a “chestnut man” – basically a handmade doll made of matchsticks and two chestnuts.

In Warrior, a war veteran plagued by guilt over his final mission teams up with his best friend’s widow to infiltrate a dangerous Copenhagen biker gang. What follows is a gripping tale of community, loyalty, treachery and (you guessed it) love.

Agatha Christie fans: 12 cosy film and TV adaptations for anyone in need of an escape

Based on the best-selling Swedish novel by Malin Persson Giolito, courtroom drama Quicksand tells the story of 18-year-old Maja, who stands accused of murder following a school shooting in Danderyd, an affluent suburb of Stockholm.

As reported on 11 November 2020: Said to be the most popular series in Finland (and a favourite with this writer’s own discerning mother), Bordertown follows police investigator Kari Sorjonen, a man whose abilities to solve crimes comes from his unique way of being in the world. However, when he takes a job in a small town so he can spend more time with his family, he soon finds himself drawn into a network of disturbing murder cases.

Frequently described by viewers as “one of the best Netflix series ever made,” this drama (based on real-life events) follows a struggling mother, a spirited student and an ambitious police officer as they find themselves entangled in an impending ISIS attack.

This tense political thriller is centered around gutsy politician Birgitte Nyborg, who unexpectedly wins an election and is named prime minister (or statsminister, for those who prefer the Danish). Amid a wave of political struggle, though, this drama challenges us to consider our own values, particularly around democracy, motherhood, relationships, and work.

Winter films: 28 non-Christmas movies perfect for the coldest season of all

When police officer Nikolai investigates a local man’s apparent suicide in his hometown, he plants evidence in order to protect his brother, an undistinguished local cop, from being implicated in the crime. When his partner suspects foul play, though, Nikolai soon finds himself caught up a dangerous game of cat-and-mouse…

Directed and produced by Swedish screenwriter Hans Rosenfeldt, this is basically a British version of a Scandi noir – boasting gruesome murders, dark lighting, and covetable knitwear galore. The first series kicks off as the body of a missing child is discovered inside a wall and a task-force is assembled to catch the killer. A task-force featuring (you guessed it) troubled detective Marcella Backland.

Deadwind follows no-nonsense detective Sofia Karppi, who has to balance dealing with an incompetent rookie and her own personal tragedy as she tries to get to the bottom of a seriously gruesome murder case.

Dreamed up by bestselling author Jo Nesbø, this Scandi drama (set in a not-so-distant future) sees Russia initiate a “silk glove” invasion of Norway to restart oil production. Before the mission can be declared a success, though, uncertainty, chaos and danger erupt as further political conflicts take over the nation.

This critically-acclaimed drama begins with a kiss, as teenagers Henning and Philip meet up secretly in a forest for a secret romantic rendezvous. There, though, they witness a brutal murder, and their complicated relationship suddenly becomes a hell of a lot more complicated. Because, while they managed to escape with their lives, they swear a vow of silence. Because, if they tell the truth, not only will their relationship be revealed, but the killer will know exactly where to find them…

Need something on the lighter side? This Nordic noir spoof follows mediocre detectives Sophie Borg and DCI Tom Brown as they team up to investigate a macabre murder in Borg’s hometown of Norrbacka. And, yeah, you better believe there’s tense plinky-plonky music aplenty!

This Danish post-apocalyptic drama is set six years after a rain-carried virus wipes out the entirety of the Scandinavian population. Almost the entirety, anyway. Emerging from their underground bunkers, a group of young survivors join forces and head out on a danger-filled quest throughout the abandoned land in search of signs of life… only to find that they’re not so free of societal rules as they first thought. 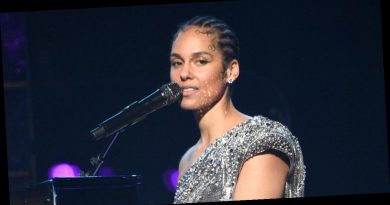 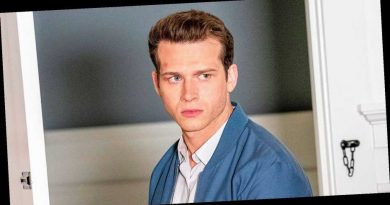