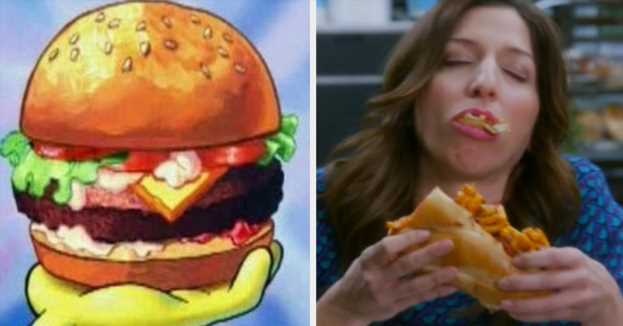 1.The Naco from Kim Possible

Spaghetti tacos were invented by Carly’s big brother, Spencer Shay. It’s spaghetti and meatballs served in a taco shell. You could technically make this one at home if you really wanted to, but could you order it at a restaurant? I don’t think so!

3.The Robin Scherbatsky (Minnesota Tidal Wave) from How I Met Your Mother

According to Gina, the Sloppy Jessica is essentially a “mac-and-cheese-chili pizza on a bun.”

“You take a hot dog, stuff it with some jack cheese, fold it in a pizza, YOU GOT CHEEZY BLAAAASTERS!”

Tubby Custard is a pink custard that is dispensed from the Tubby Custard Machine. No one really knows what it is other than the fact that it’s messy and requires a bib to eat.

Quite possibly the only good thing that this unusual town can agree on. These milkshakes come in various classic flavors such as vanilla, chocolate, and strawberry. 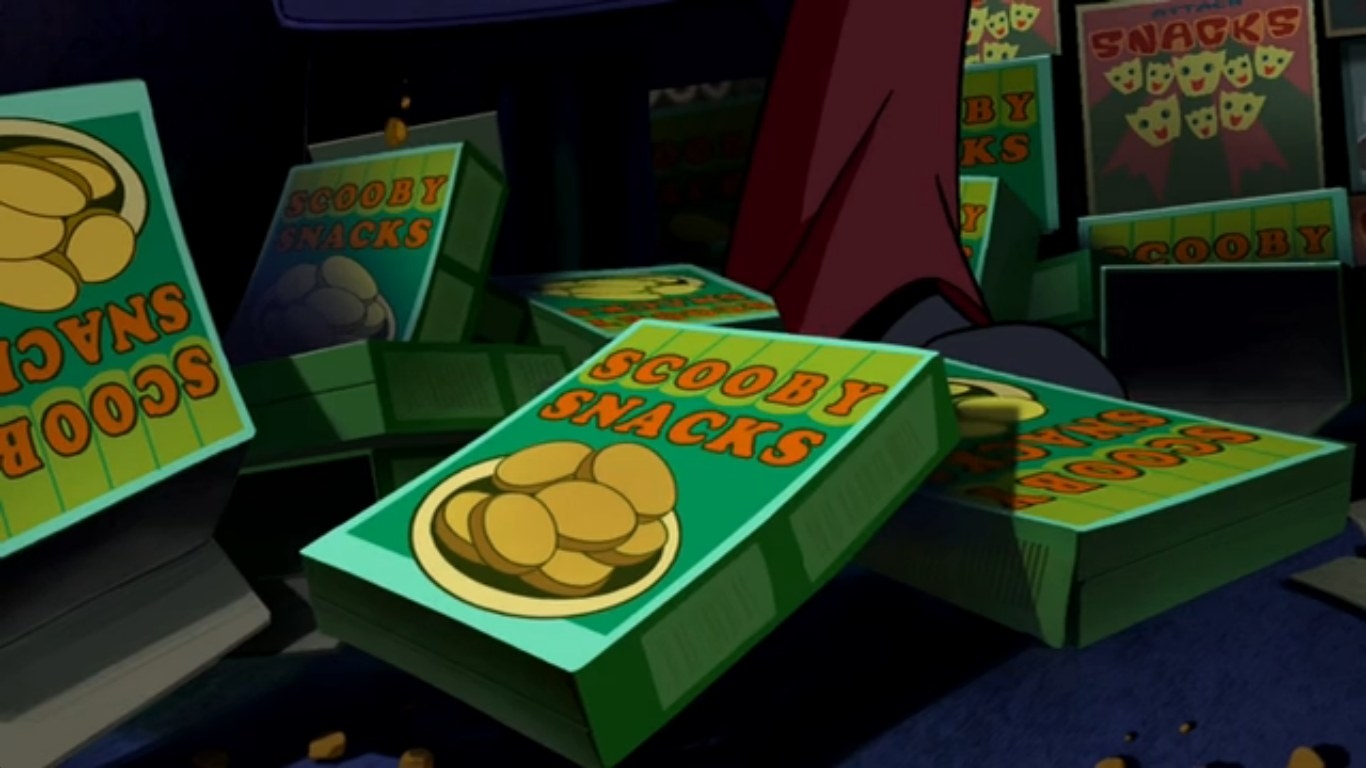 In the show, Scooby (and even Shaggy) are often treated with Scooby Snacks to give them the push to solve mysteries. Producer William Hanna has always imagined it to taste like a caramel flavored cookie. 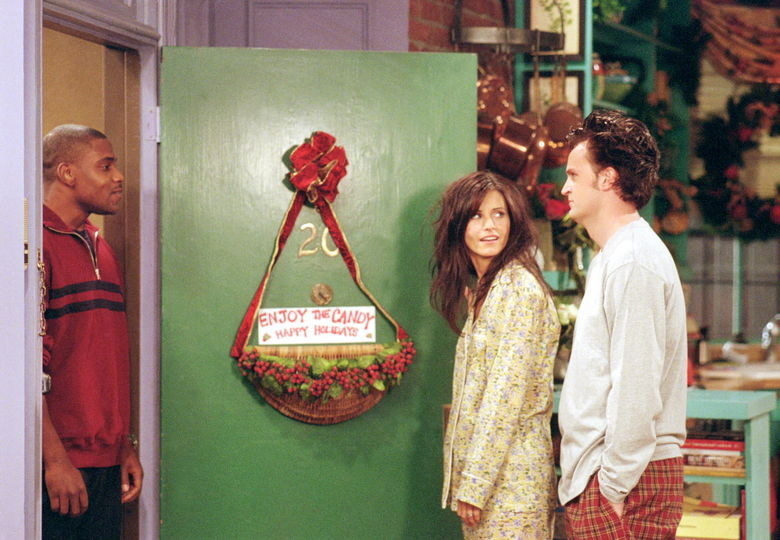 While it was never revealed what it’s made out of, it was apparently so good that Monica’s neighbors were obsessed with it. Eventually she became frustrated and stopped making them. 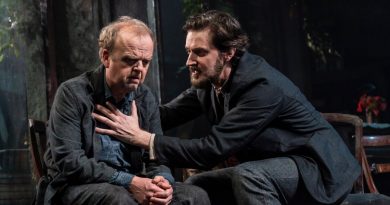 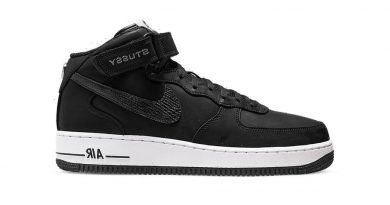