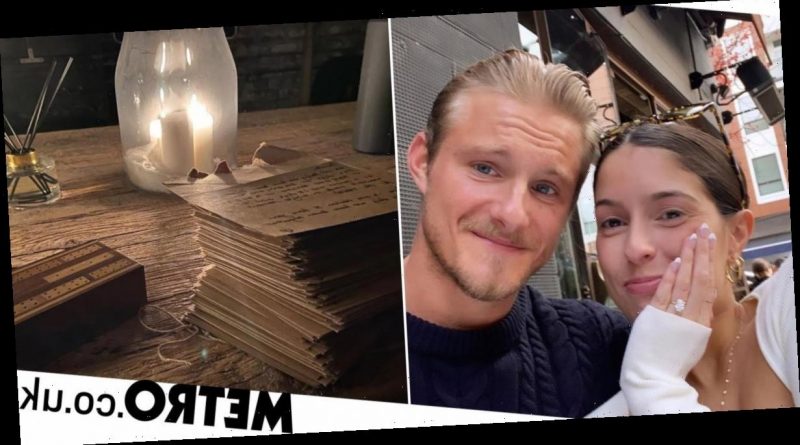 The actor announced the happy new on Instagram by sharing a few cute selfies with his wife-to-be.

A smiling Lauren displayed her beautiful engagement ring as she held one hand up to her face.

Alexander sat close to her as she took their pictures to remember the moment.

He wrote in the caption: ‘Goldilocks and Bambi live happily ever after.’

The star added emoji of a deer and a diamond ring.

Lauren also shared the pictures on her Instagram page with the same caption as her fiance.

Alexander, who used to date his co-star Kristy Dawn Dinsmore, went public with his new relationship in September.

The Bjorn actor shared cosy pictures of he and Lauren together with fans congratulating the pair on social media.

Alexander and Kristy appeared in Vikings together with Kirsty playing Amma in season five.

Vikings fans last saw Alexander in the final season of the show where Bjorn was stabbed y his brother Ivar The Boneless.

The historical saga will be getting its very own spi-off, titled Vikings: Valhalla, set 100 years after the original series.

While production has reportedly started on the project it is yet to receive a release date.

It’s thought the story will centre around the legends of Freydis, Harald Harada and the Norman King: William the Conqueror. 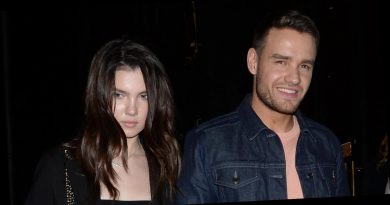 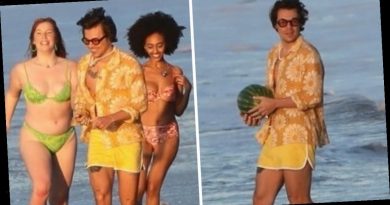 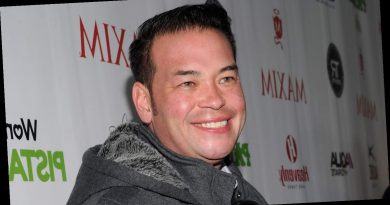