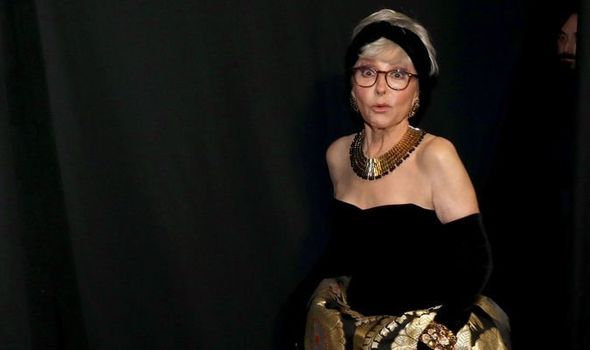 But when a picture of a girl in a yellow dress on the fire escape of a New York tenement appeared last week it caused a stir because it featured the actress playing the iconic role of Anita in Steven Spielberg’s remake of West Side Story. The original movie of the stage musical, about two rival gangs – the Jets and the Sharks – on the streets of the Big Apple in the 1950s was a huge hit when it was released in 1961. It received 10 Academy Awards, the most won by a musical. One of the Oscars went to Rita Moreno, the 29-year-old dark haired beauty who played Anita, girlfriend of Bernardo, the leader of the Sharks. Now 87, she is an executive producer on the new production and will appear as Valentina, a sweet shop proprietor. Her former role as Anita will be taken by Broadway musical veteran Ariana DeBose, 28. “Wow!” tweeted Moreno. “So exciting to be a part of this crazy, thrilling exercise. @arianadebose(Anita) is a super choice for the role and is a ferocious dancer in the most wonderful way.”

But the contrasting life experiences of the two women, almost 60 years apart in age, graphically illustrate how times have changed in Hollywood.

Moreno began her career at a time when sexual harassment of young actresses was “rampant” and has told of a nine-month campaign of stalking by 20th Century Fox’s head of production,

Buddy Adler. DeBose has talked about her life as a gay woman and, while she has experienced prejudice in society, has never mentioned any personal examples of harassment in showbusiness.

Moreno is thrilled to be involved in the remake, but it cannot fail to summon up memories of the darkest episode of her life.

When shooting West Side Story in 1960, she was in the midst of a tempestuous on-off affair with Marlon Brando, then at the height of his powers. 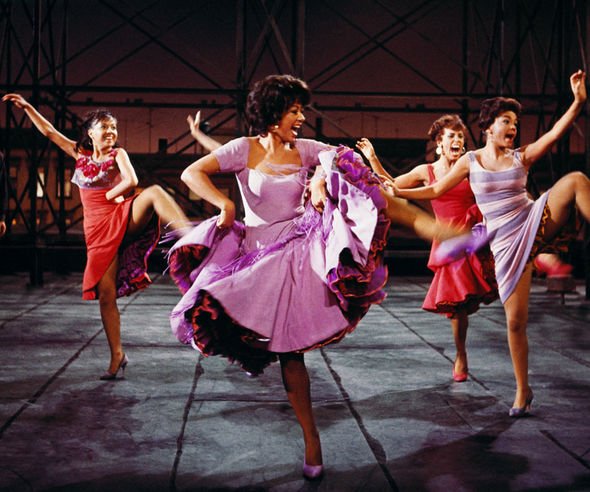 Shortly after the director shouted “cut” for the last time, she took an overdose of sleeping pills in a bid to achieve “an escape-from-pain death” after eight years of hideous torment. She only survived because she was found by Brando’s assistant and taken to hospital.

The affair between the Puerto Rican starlet and the most celebrated actor of his generation began in the make-up room on the set of a film called Désirée in 1954. Moreno was 22, Brando – playing Napoleon Bonaparte – 30.

“Just meeting him that first day sent my body temperature skyrocketing as though I had been dropped into a very hot bath, and I went into a full-body blush,” she says. “It was the sort of rush that inspires poetry and songs.”

She adds: “To say that he was a great lover – sensual, generous, delightfully inventive – would be gravely understating what he did not only to my body, but for my soul. Every aspect of being with Marlon was thrilling, because he was more engaged in the world than anyone else I’d ever known.”

But in summer 1956, Brando met actress Anna Kashfi and they married in October 1957. The marriage ended in divorce after 18 months. 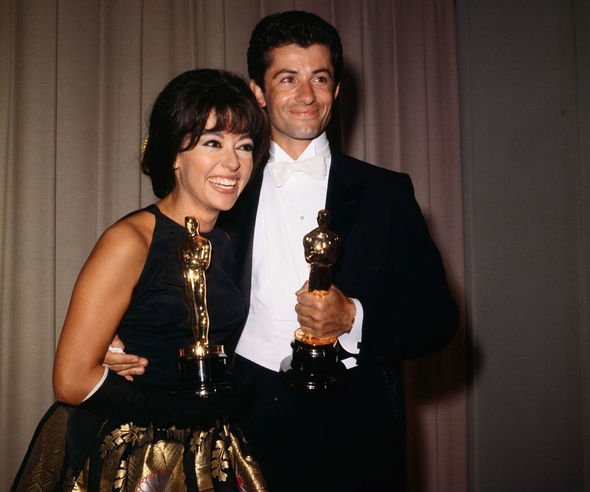 Within a year, Brando had met and married another actress, Movita Castaneda. They had two children, divorcing in 1962. The end of both marriages was no surprise to Moreno.

She says Brando was a man of “insatiable sexual needs” and carried on affairs with her and others during both.

“He broke my heart and came close to crushing my very spirit with his physical infidelities and, worse, with his emotional betrayals,” she says. “I couldn’t stay away. In fact, I was becoming addicted to the challenge of winning him over and over again.”

One tactic was to date other men.And who better than “The King”, Elvis Presley. “I knew no one could possibly make Marlon Brando more jealous,” she says. Moreno had read a gossip item that said Elvis wanted to meet her and, after finding another woman’s nightgown in Brando’s wardrobe, she got in touch.

But the man from Memphis was no match for Brando. While she later admitted Elvis was a “sweet fellow” their lovemaking was “amateur night”. 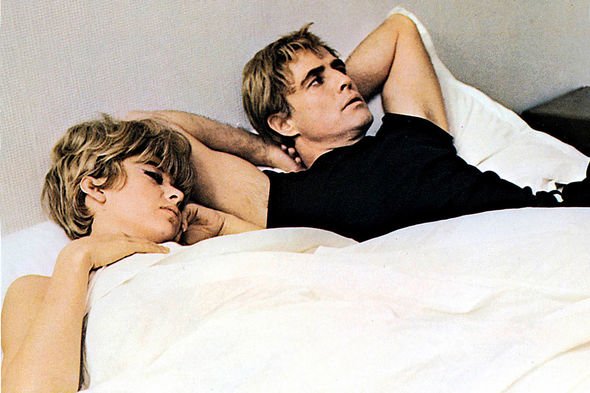 Yet the dalliance had the desired effect. When Brando found out, he “threw chairs”, says Moreno. “It was wonderful.” But her happiness was not to last.

After their relationship resumed Moreno got pregnant and when she told Brando she was horrified by his reaction. The man who is said to have kept two illegal back-street abortionists on retainer insisted that she have a termination.

Tragically, the procedure was botched and when Moreno returned home she began bleeding profusely.The foetus was still inside and she had to be taken to hospital for it to be surgically removed.

This incident happened shortly after West Side Story had been completed but in November of 1960 Brando travelled to Tahiti to film Mutiny On The Bounty.

There he promptly fell for co-star Tarita Teriipaia, a French Polynesian beauty 17 years his junior who went on to become his third wife. By the time Brando got home, Moreno had had enough. Left alone in the morning, she went to his medicine cabinet, found his sleeping pills and swallowed them all. 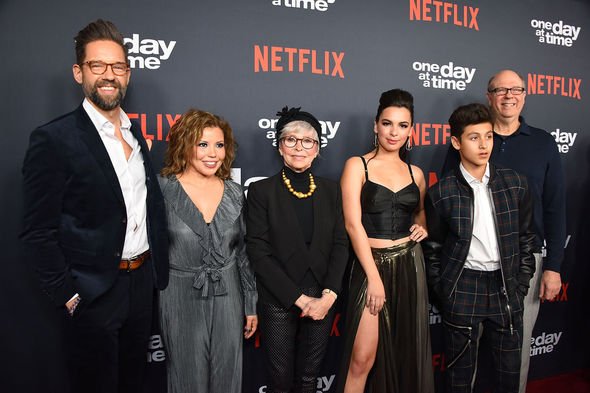 “I went to bed to die,” she says. “This wasn’t a revenge suicide, but a consolation, an escape-from-pain death.”

Had Brando’s assistant not checked in, she would almost certainly have died. As it was, Moreno was taken to hospital to have her stomach pumped and survived.

By now it was clear to all observers that her relationship with Brando was toxic and her therapist begged both to let each other go. Both agreed.

A blind date some time later with a kindly cardiologist, Lenny Gordon, led to a happy marriage, which lasted until his death in 2010. Lenny, Moreno once said, is “my rock, a nice Jewish doctor”.

But she and Brando had a final encounter in 1968. Thanks to her Oscar winning role in West Side Story Moreno had been typecast as a plucky Latina and, desperate for more rewarding work, she contacted her former lover. 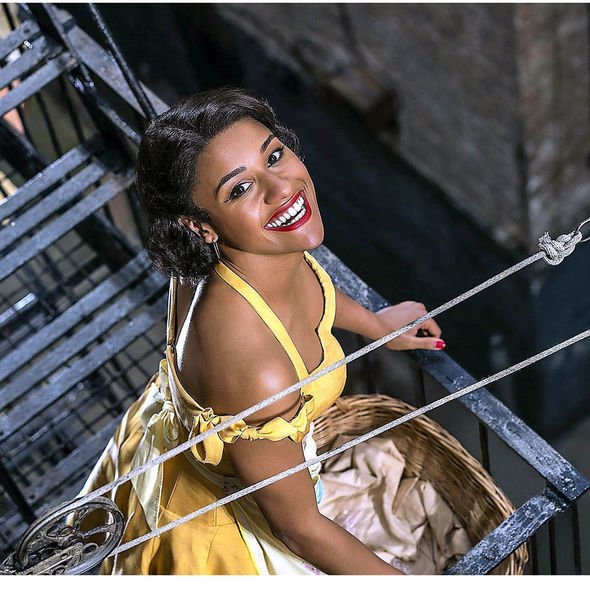 Brando, delighted, gave her a part in his next film,The Night Of The Following Day. Naturally, he cast her as his lover, a mistake.

In one scene, Moreno had to slap his face. “As the synapses of my brain reconnected, old wounds, hurts, resentment and disrespect coursed through my body,” she says, admitting that she “went ballistic, insane, crazy”, beating Brando wildly with her fists and screaming like a banshee.

But Moreno – today in US sitcom One Day At A Time – made a poignant discovery shortly after Brando’s death in 2004.

On the wall of his office in his Hollywood home, Brando had just one piece of movie memorabilia: a framed still from the The Night Of The Following Day.

It showed Brando locked in a passionate embrace with his naked co-star. 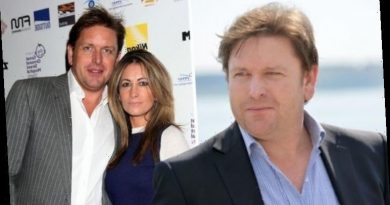 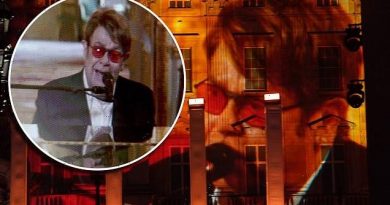 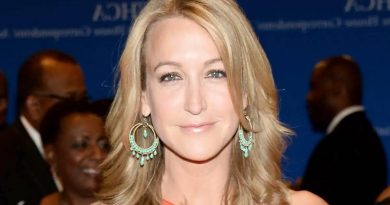