Live music: have we ever had it so good? There’s such a huge number of acts to see in festivals and stand-alone shows in any given year, and this summer is no exception. Even with the likes of the Groove Festival and Castlepalooza taking a hiatus this year, there’s an extraordinarily large number of events to tempt you to part with your cash. And, when it comes to festivals, there are several newbies entering the fray this year. Here’s a small selection of the treats awaiting us in the coming months. It’s the inaugural outing for a festival that’s about as family-friendly as you can get. Kids aren’t just welcome, they’re encouraged. Tickets are still available for today and tomorrow and the line-up is impressive. Imelda May and Tom Odell are the pick of the attractions, with Delorentos, Wild Youth and The Riptide Movement among those playing. There’s a concerted effort to appeal to children with a kiddie disco, fairy walks and storytelling and there are Pilates and yoga sessions, as well as massages for any stressed parents, too. The New York band returned this year after a lengthy hiatus with an album that garnered decidedly mixed reviews. But at their best, the super-smart Ezra Koenig-led outfit craft the sort of hyper-literate indie rock that most bands can only dream of. The following evening, it’s English outfit Foals who play Trinity’s Summer Series. The Summer Series at TCD has been a very welcome addition to Dublin’s live music scene in recent times and the ‘Modfather’ will have little difficulty pulling them in. He’s been releasing some excellent new material of late and, of course, he has an enviable back catalogue stretching right back to his Jam days. Three days later, it’s the turn of New Order to wow them at Trinners.

The non-camping festival has transformed over the years into the premier attraction for lovers of hip-hop, grime and all manner of urban music. The line-up includes A$AP Rocky and Stormzy. Cardi B, one of the world’s bestselling acts of the past 18 months, was due to play last year but had to pull out as she was heavily pregnant. She’s returning and it will be intriguing to see if her performance matches her Kanye West-sized confidence. Billed as the country’s first 80s festival, there’s bound to be no shortage of nostalgic pop moments from the likes of T’Pau, Kim Wilde, Level 42 and The Human League. The pick of the lot is Marc Almond – the ex-Soft Cell singer knows how to put on a memorable show. Irish performers include Hazel O’Connor and Andrew Strong, aka Deco Cuffe from The Commitments.

What’s the bestselling album in US chart history? It’s not Michael Jackson’s Thriller, but the Eagles’ first compilation, Their Greatest Hits, which has sold 38 million copies in the US alone since release in 1976. Their songs remain hugely popular and their Dublin dates sold out extra fast. Live at the Marquee, Cork

A concert made in soft rock paradise? Hall & Oates’ influence has been far reaching and their songs turn up everywhere, including on the last xx album. They have no shortage of hits – ‘Maneater’, ‘Private Eyes’ and ‘I Can’t Go For That (No Can Do)’ among them – and while their smooth sound might have bothered rock snobs back in the day, boy could they write a tune. Hall & Oates also play Dublin’s Iveagh Gardens a few days earlier, on July 5. There are a number of iconic musicians on the bucket list of all music fans and anyone who has yet to see a man who has been making music since 1961 needs to take this opportunity. Wonder has one of the great discographies in the history of popular music and the last time he played this venue he dipped into all facets of an outstanding career. Dublin’s so-called ‘Secret Garden’ is a perfect place for outdoor music, not least when the sun shines. And this show is likely to rattle windows for miles around. Idles, with their brilliant latest album, Joy as An Act of Resistance, in tow reportedly took the roof off when they played Vicar Street earlier this year. The support acts – Rolling Blackouts Coastal Fever and The Claque – are worth getting there early for. Conor O’Brien has tentatively begun work on what will be his fifth album as Villagers but for now there’s the excellent The Art of Pretending to Swim to tour, and with a new band in tow, the songs are likely to sound different from the largely home-made recordings we heard on record. He is supported by New Zealand’s Aldous Harding, whose third album Designer is one of 2019’s best. What’s better than one giant of music? Two, of course. And that’s what you get in Kilkenny in high summer – a double bill featuring two men with well over 100 years of great music between them. Just think of all those songs – some of the most iconic in music history. And the support act is no slouch either: get into the GAA stadium early to catch Glen Hansard. His new album is a peach. Not all music festivals have the budget to attract big name performers, but if the other ingredients are right, that doesn’t matter so much. This festival, going since 2007, may be on the smaller side, but it has oodles of charm and enjoys considerable repeat custom – always a good sign. Most of the acts are Irish and a pair that are bound to impress are The Pale and Jawbone. The American troubadour, who has always had an especially devoted following in Ireland, released his 10th album, Fever Breaks, recently – his most political and socially engaged to date. His excellent Royal City Band will provide backing when he plays the elegant surrounds of the National Concert Hall. The ex-Rilo Kiley singer should be far bigger than she is. She’s released a slew of excellent albums including her latest, On the Line, which features contributions from the likes of Beck, Don Was and Ringo Starr. Her set will likely be peppered with songs from her whole career, including the brilliant Rilo Kiley breakthrough album Under the Blacklight.

HOT SPOT: All Together Now The second year of a festival that many see as emulating the heyday of Electric Picnic – before the capacity was as large as it is now – has one of the best line-ups you’ll find anywhere in Ireland this year. How about this? Patti Smith, The National, John Grant, Father John Misty, The Good, the Bad & The Queen and Hot Chip?

There are loads of Irish names, too, including Fontaines DC – who wowed at Forbidden Fruit – and Lisa Hannigan, who will be performing with the pan-European collective Stargaze.

And, for something completely different, the RTÉ Concert Orchestra will be performing the songs of Leonard Cohen.

The festival was the brainchild of the late John Reynolds, the visionary promoter who also dreamt up Electric Picnic. With Castlepalooza in Offaly taking a break for a year, this long-running Cork fest may well attract punters who used to gravitate towards the more northerly festival. Indiependence has grown enormously over the years but still manages to retain a sort of homespun charm. Headliners include Bastille and Biffy Clyro as well as Something Happens and The Frank and Walters. Dún Laoghaire’s maritime setting is a lovely backdrop to a festival that has consistently delivered a good mix of acts. This year’s will have wide appeal – with Groove Armada headlining on the Friday and Chvrches on the Saturday. There’s also a DJ set from Todd Terje and a performance from David Kitt. The food offering deserves a special mention: Eatyard features several providers that take their grub very seriously and there’s single origin coffee for caffeine aficionados.

The California-based English folk legend has been ploughing his own furrow for the best part of 50 years and, judging by his recent work, there’s little danger of his inspiration running dry any time soon. His influence cannot be overstated: everyone from Elvis Costello to REM has covered his music.

The Canadian collective delivered one of Vicar Street’s greatest shows in 2005 and while they may have mellowed a little since then, Brendan Canning and friends are always worth the admission fee. They’ve recently released an album’s worth of material in two EPs. This inaugural festival for the LGBT+ community and their allies has a fine pop line-up. How about Lily Allen and Kelis, as well as Irish acts like Le Galaxie and Soulé? There will be DJs from one of Dublin’s great club nights, Mother. Rory ‘Panti Bliss’ O’Neill will host the main stage, while check out Daithí and Jenny Greene on the dance stage. The RDS has already hosted some excellent fare this year, not least Fleetwood Mac. And this should be a good one if Dave Grohl’s famed commitment to putting on an exceptional live show is anything to go by. Rolling Stone described this current tour as “explosive and euphoric… wild and combustible.” That’s good enough for us. He may only turn 24 later next week, but it feels as though the Texan rap-rocker has been around for years. He regularly vies with Drake for the title of world’s most streamed artist and his crossover music, fusing hip-hop with comparatively conventional rock, seems machine tooled to work in big outdoor venues like this. Still the king of the Irish music festival season, this year’s sold out before the line-up was even announced. As ever, there are a million different things to do – from cooking to comedy – but it’s the music that will always define it. And this year, there’s another impressive line-up on offer, with headliners including The Strokes, Florence + The Machine and The 1975. The latter, incidentally, played the 3Arena in January and remains one of the great shows of the year.

The English band attracted glowing reviews for their most recent album, break-up record Arrivals & Departures. It’s one of the year’s finest slow-burners and the songs should have little difficulty connecting in the intimate surrounds of Whelan’s. The iconic early 90s ‘Trip to Tipp’ made a surprise return last year – albeit it in unrecognisable style and featuring the Irish Chamber Orchestra. Now rebranded from Féile Classical to Tipp Classical, this year’s line-up is far more substantial than before. Most of the acts were on the airwaves in the early 90s and there are some overseas visitors too, including Transvision Vamp and EMF.


Summer film guide 2019: From blockbusters to indie flicks and the best of the festivals 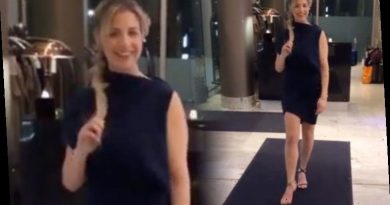 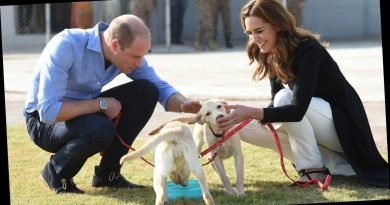 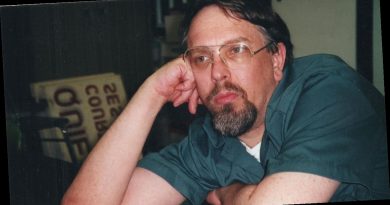