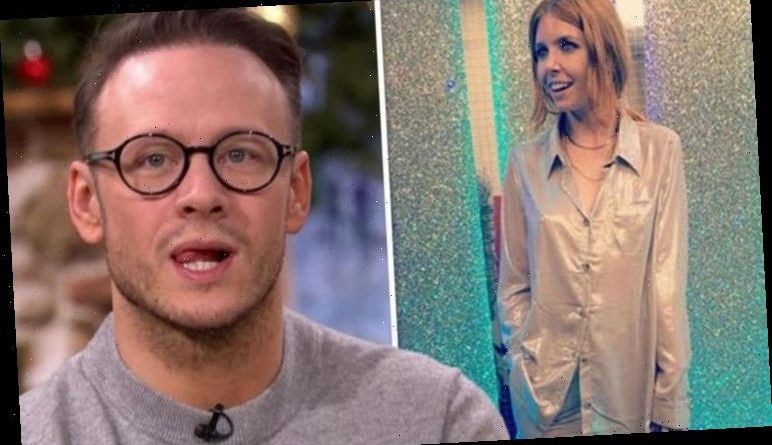 Stacey Dooley, 32, went to work on the forthcoming series of Glow Up after getting very little sleep. The Strictly Come Dancing winner hinted she had been up all night after she made an appearance at Elstree Studios for Movie Week in the BBC’s dance competition to support her boyfriend and professional dancer Kevin Clifton, 36, yesterday evening. Stacey shared a selfie video on her way to watch the show in a metallic outfit, while opting for a dark eye makeup look inspired by her and Kevin’s famous Paso Doble from last year’s series. She added the caption: “If we hear anymore about the d**n silver two piece… (Paso eyes for good luck).”

The documentary filmmaker then posted another clip in view of her 767,000 Instagram followers earlier today in the exact same ensemble.

After hushing her companion on the set of Glow Up to conceal their identity in order to keep a surprise secret for the show, she said: “I am sat here filming episode number seven of Glow Up.

“I can show you this lot, but the contribs, the MUAs are just here and there are four left. That’s all.”

Addressing her outfit situation, Stacey sheepishly admitted: “I’ve got last night’s outfit on and I’ve had about 40 minutes sleep.”

The presenter’s revelation about her ensemble comes after she shared a snap in the satin adorned silver two piece last night.

Making a reference to her beau Kevin, she gushed in the caption: “His biggest fan.” 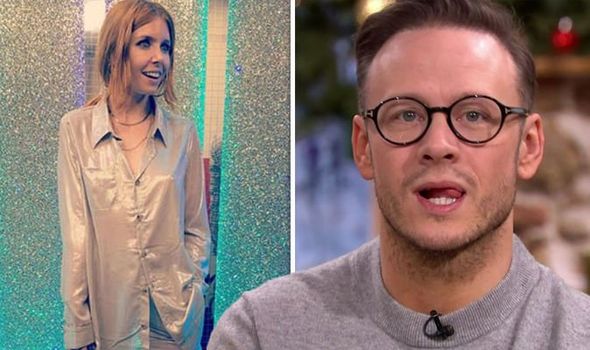 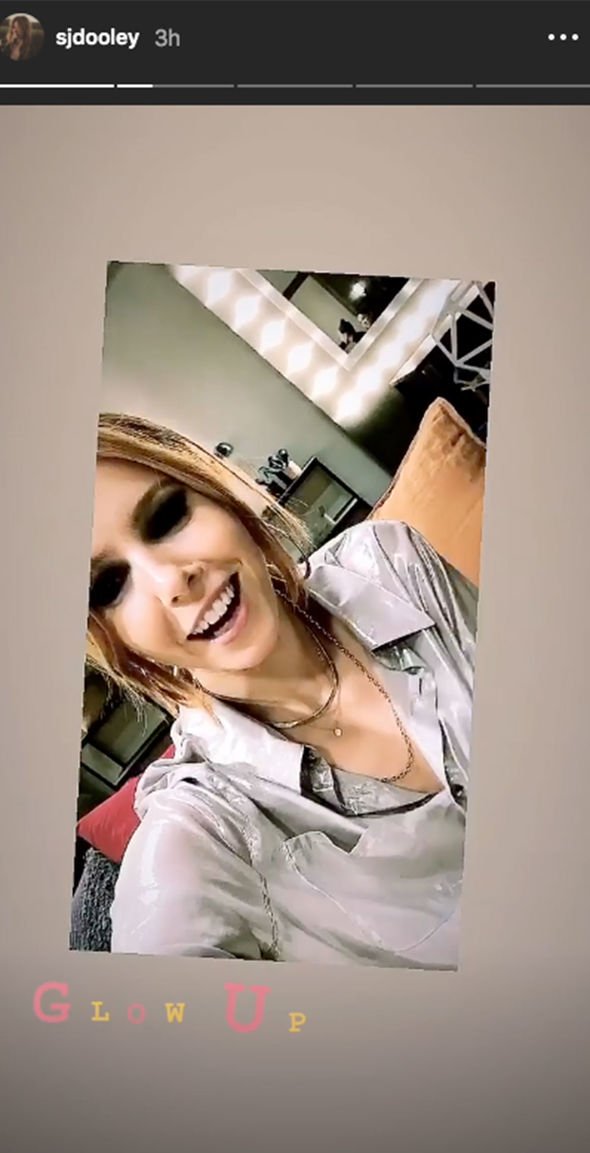 She was also spotted backstage yesterday afternoon in a photo taken by professional dancer Amy Dowden, 28.

Stacey was pictured pulling a funny face for the camera, as the Welsh dancer, who had been transformed into a tiger by  her hair and makeup team for the show’s Movie Week, pointed towards the presenter and grinned.

Kevin performed the Charleston to Woo Hoo by The 5.6.7.8’s from Kill Bill with his celebrity partner Anneka Rice, 61, during last night’s Movie Week episode.

However the duo found themselves at the bottom of the leaderboard with just 11 points. 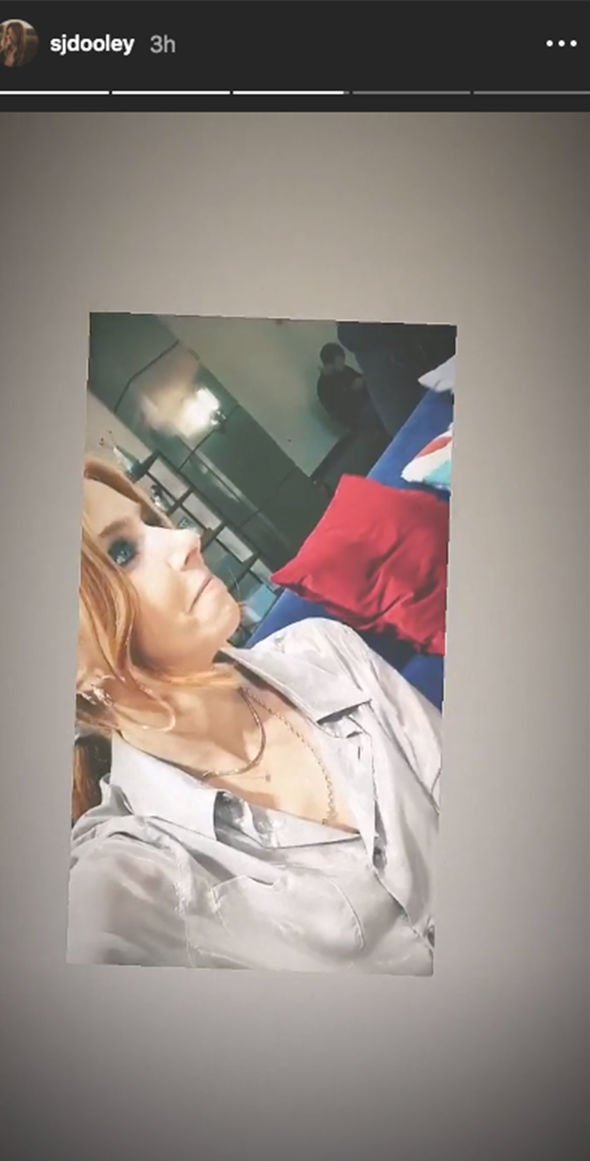 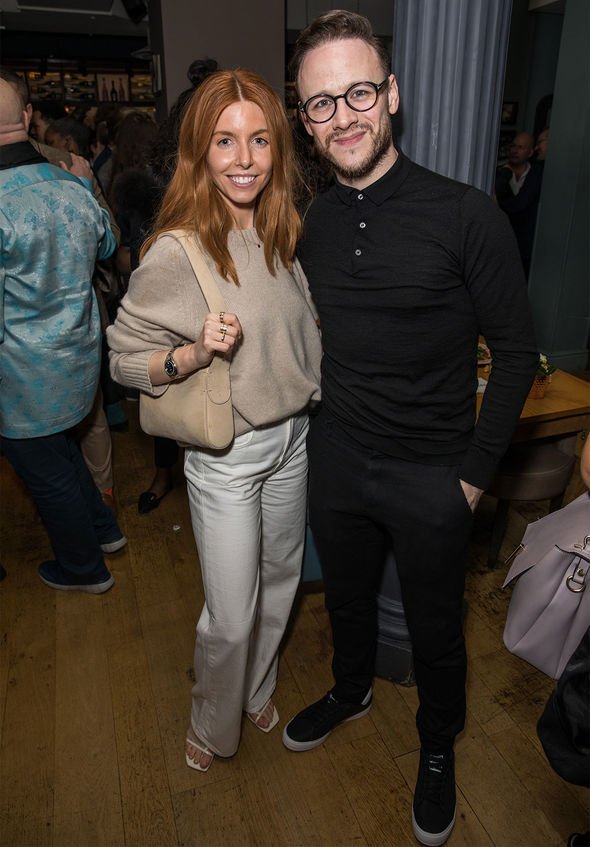 Elsewhere, Stacey opened up about being “riddled with jealousy” over this year’s contestants while discussing there show in a recent appearance on Strictly: It Takes Two.

While joining presenters Zoe Ball, 48, and Rylan Clark-Neal, 30, along with her fellow Strictly finalist Joe Sugg, 28, on It Takes Two, she was asked if it was “weird” to be back in the studio.

“We were just saying while we were in the corner,” the journalist replied, gesturing to Joe. “We are riddled with jealousy.

“You’ve got so much to look forward to,” she told the current Strictly stars.

Joe, who had just watched a recap montage of their Strictly 2018 journeys, added: “I was thinking, just watching that back, I’ve forgotten it all!”

“I’m so out of shape,” Stacey laughed.

Strictly Come Dancing: The Results airs tonight at 7.15pm on BBC One. 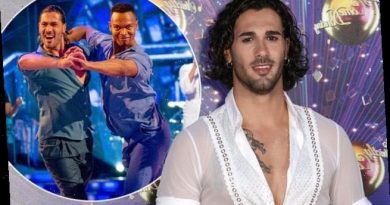 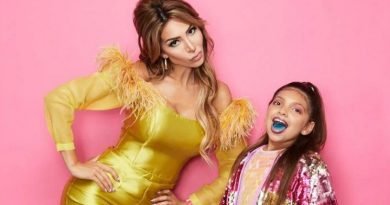 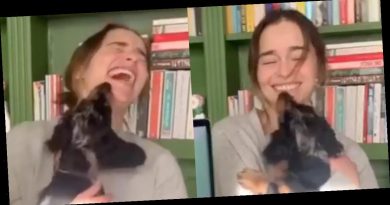