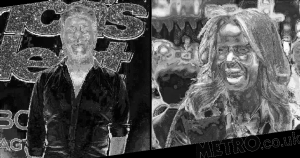 While the apparent drama between Phillip Schofield and Amanda Holden still continues to swirl about the traps, Simon Cowell has backed his Britain’s Got Talent buddy.

The two share the judging desk and while Amanda is yet to speak publicly about the apparent to and fro with the This Morning host, Simon has shared where his loyalties lie.

Giving his full backing to the BGT star, Simon told The Sun On Sunday he’d called his comrade to let her know her job was safe.

That came amid claims the 48-year-old might face the axe after critics called her out amid this palaver with 57-year-old Phil that began weeks ago.

Simon, 59, said: ‘I respect her for standing up for herself.’

He added: ‘Am I on her side? She’s back on the show. I can’t make it clearer than that.’

The publication claimed the Syco boss added some more pounds to her pay packet and that she was ‘hired for any shows that she wants’.

It certainly seems pretty handy to have a mate like Simon as your boss.

After it was alleged Phil was behind Amanda not landing the prime This Morning presenting job while Holly Willoughby was in Australia filming I’m A Celebrity – something ITV has vehemently denied – Amanda joked on her radio show the three things she’d not like to find in her house were ‘Spiders, flies and Phillip Schofield’.

This led many to go wild on the accusations of the two’s working relationship, with some going so far as to say she wouldn’t be seen on BGT when it begins filming later this month.

Saying he ‘wanted to give her that reassurance that it was never ever going to affect her relationship with me and Britain’s Got Talent’, he added he has a zero tolerance to bullies.

However, there was no suggestion he was referring to the drama with Phillip Schofield in saying that.

Simon said: ‘I don’t tolerate bullies in the work place. I can give you examples of that, but I don’t speak out about it, I prevent it.’

Phillip spoke out seemingly in reference to the hurtful claims in June, hoping his followers ‘would know him better’.

‘The end of another really sad weekend,’ he began on Twitter.

‘When you try for 35 years to be the easiest, most fun person to work with and you read such hurtful and wildly untrue stories from nameless “sources”.

‘Obviously I’ll take it on the chin..I just hope you know me better.’ 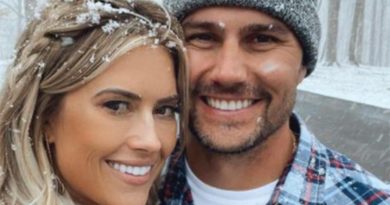 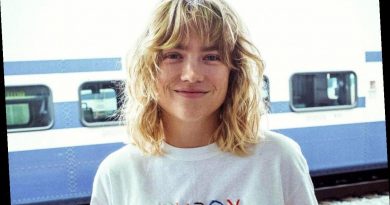