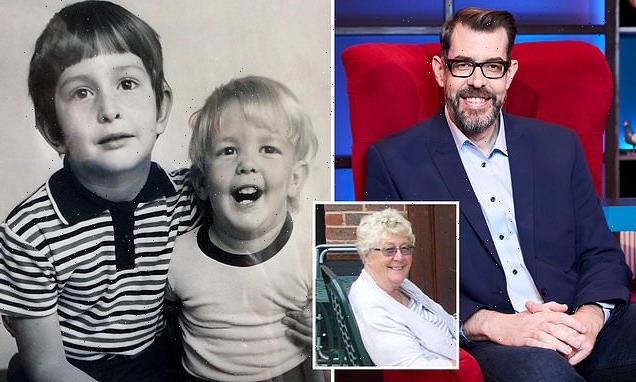 EXCLUSIVE: ‘It wasn’t his father’s side who cut contact’: Richard Osman’s aunt reveals full extent of family rift – after Pointless star said childhood was shattered when his dad walked out

The full extent of Pointless star Richard Osman’s bitter family rift can be revealed for the first time by MailOnline.

The BBC favourite revealed this week that his childhood was shattered when his father walked out on his family for another woman when he was nine-years-old.

The TV quiz show host states in a new book that his paternal grandmother then ceased all contact and never sent him so much as a Christmas card. 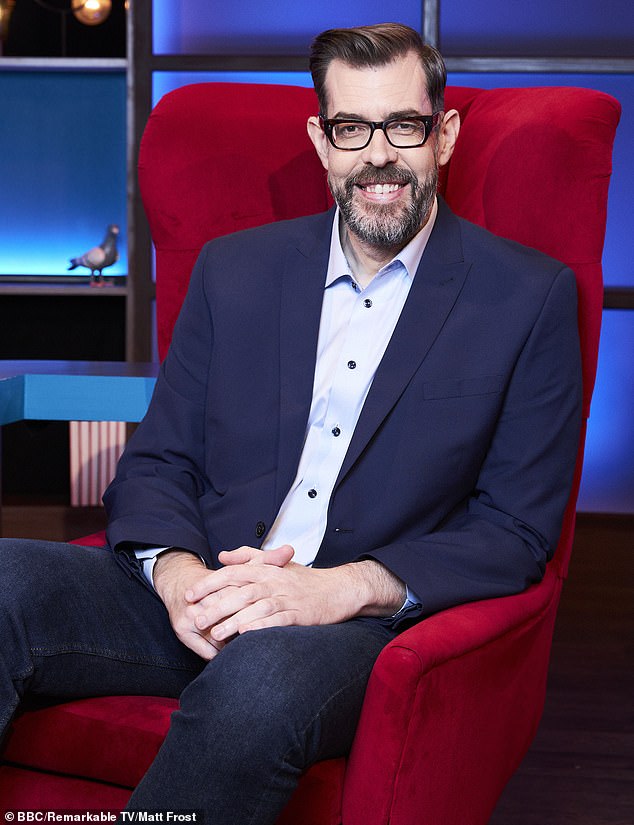 Revealed: The full extent of Pointless star Richard Osman’s bitter family rift can be revealed for the first time by MailOnline (pictured Richard)

However, his aunt Mabel Osman, 90, has now denied that this was the case.

She insisted that his gran Alice doted on him and his brother Mat, the bass player in rock band Suede.

Speaking exclusively to MailOnline, she said: ‘Richard’s gran loved him and wanted contact with him.’

‘After his father left, Brenda didn’t want anything to do with any of us. It wasn’t the Osman side who cut off the contact at all. 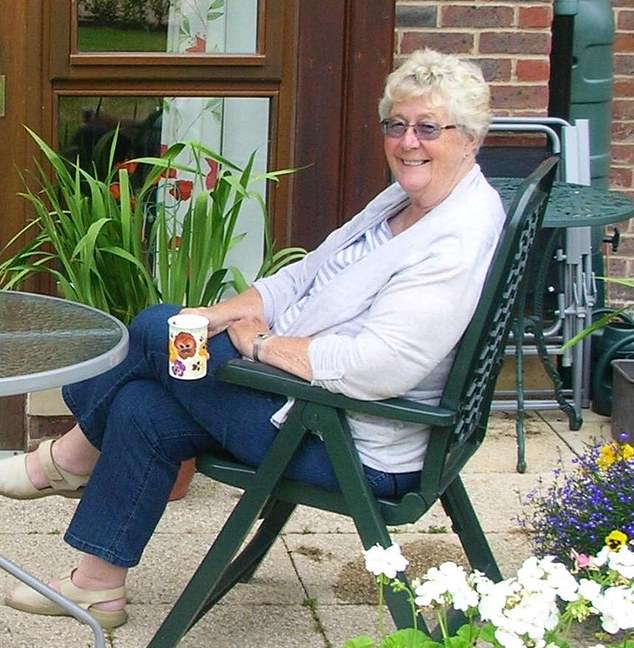 Claims: Mabel instead blamed the brothers’ heartbroken mother Brenda (pictured) for shutting out his father’s side of the family

‘Before the break-up, his gran would go to the family home to see Richard and his brother, but it all stopped.

‘I don’t think she ever wanted her son to marry Brenda. But she loved all her little grandchildren and would not have wanted to stop seeing Richard. She wasn’t that kind of woman and would’ve done anything for her grandchildren.

‘I’m sure she also sent him Christmas cards. Perhaps he never got them.’

Osman, 50, revealed his family’s split in the book, Letter to My Younger Self which features interviews with 100 ‘inspiring people on the moments that shaped their lives’ and is published in aid of the Big Issue. 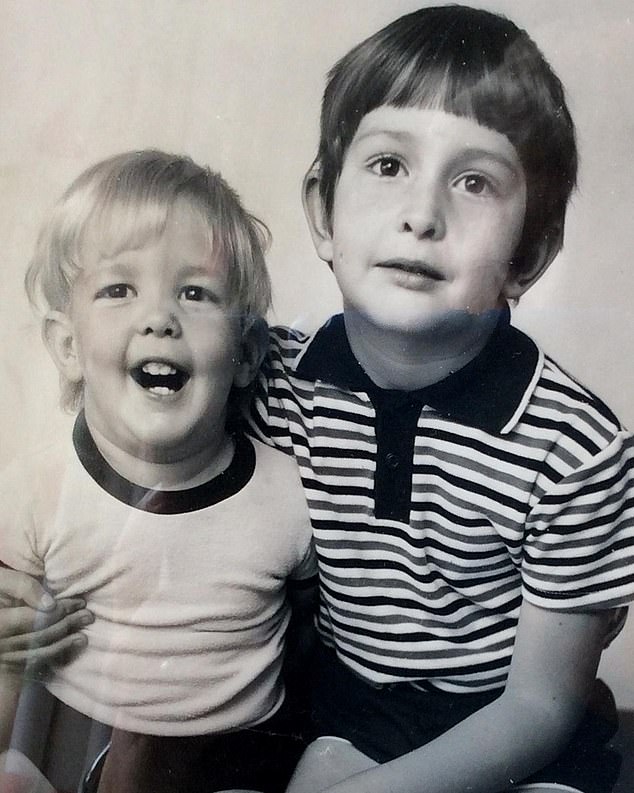 Childhood: The BBC favourite revealed this week that his childhood was shattered when his father walked out on his family for another woman when he was nine-years-old (Richard pictured with his brother Mat)

In his interview with Jane Graham who devised and edited the book, the 6ft 4ins tall comedian said: ‘I find it hard when I’m looking back at my childhood to have my dad in it in any form [his father left the family home suddenly when Richard was nine].

‘Maybe he’s sort of there in my head, I suppose, but he’s definitely not in my heart.

‘I remember very clearly when I was nine, and my world was a fairly great place, and I walked into the front room — he was there, my mum was there, my grandmother was there, which was weird, though of course I realised later that was for moral support — and they just said, ‘Look, your dad is in love with somebody else and he’s leaving.’

‘I just thought, ‘Riiight, okay.’ And he left and his entire side of the family never spoke to us again.’

Osman said he met up again with his father and his paternal relatives a few years ago when he attended the 50th wedding anniversary of one of his dad’s brothers.

But he risked upsetting his father’s relatives in his interview for the book by describing the party as ‘cold’, and saying that the Osmans were the opposite of the ‘loving and open’ relatives from his mother’s family, the Wrights. 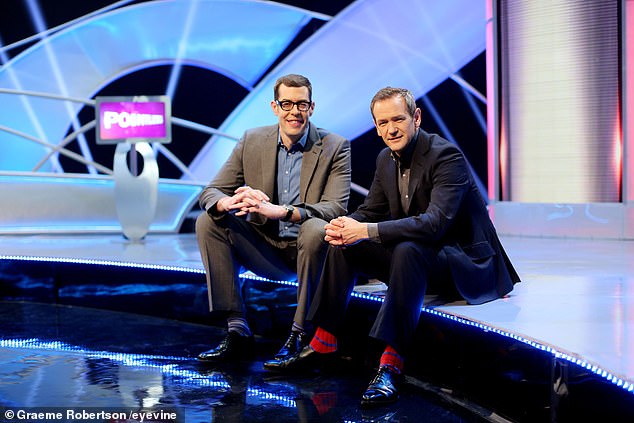 Osman said: ‘A few years ago, I went to see my dad. It was one of his brothers’ 50th wedding anniversary so I thought, “I’m going to take the kids, they should really meet the rest of this family”.

‘But it was so cold. There were lots of them standing around, talking about what an extraordinary woman my paternal grandmother was.

‘And they said to me, “What did you make of her?” I said, “Honestly, she literally never spoke to me after my dad left, never sent me a Christmas card.”

‘So that’s not really a conversation they’re going to join in on. Some families are just like that. 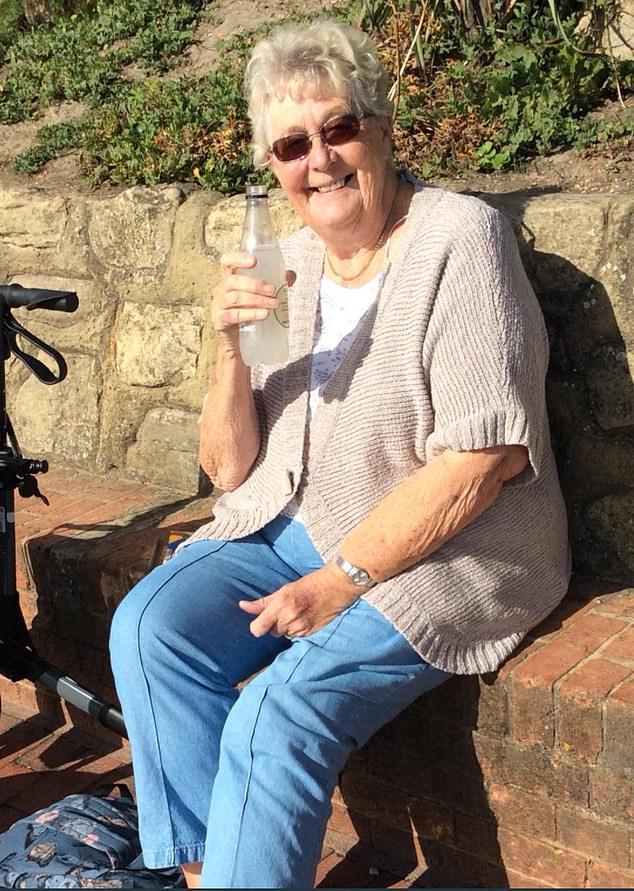 Speaking exclusively to MailOnline, she said: ‘Richard’s gran loved him and wanted contact with him’ (pictured Brenda)

‘The other side of my family fortunately, my mum’s side, are completely the opposite. Loving and open. So, I did all right.’

But Mabel hit back at Osman’s recollection, saying: ‘The only one of David’s brothers who had a 50th wedding anniversary would have been Richard’s uncle John.

‘I went to that party and I just cannot recall Richard being there. At any point. I can’t think what occasion he means.

‘We are certainly not a cold family at all, the opposite in fact. The whole family are friendly. I don’t know why he would say such a thing.’

Osman continued in his his interview: ‘I think if I was talking to my younger self, I would say, “You know what? You’re a Wright, not an Osman. You’ll live like a Wright and you’ll have the same sort of career and life and kindness and happiness as a Wright.” 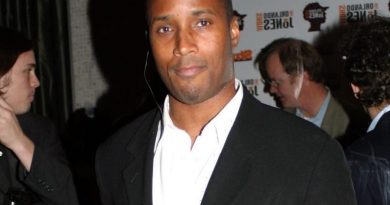 Rest In Power: Remembering The Stars We've Lost In 2021