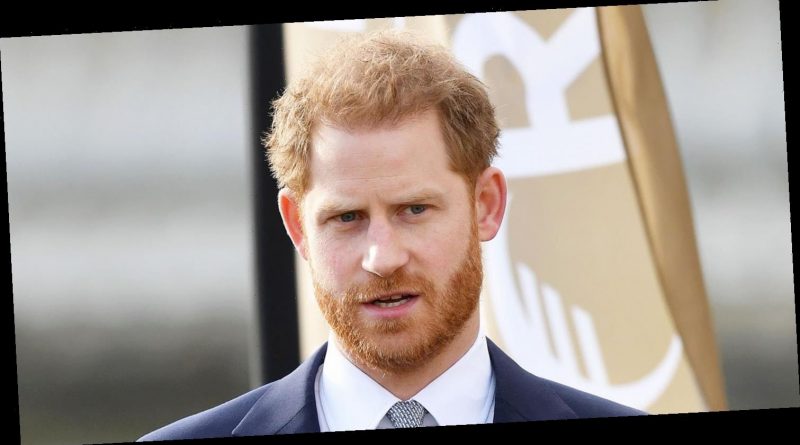 Prince Harry spoke for the first time about his and wife Duchess Meghan’s decision to step back as senior royals, revealing that the decision was not made lightly and that it brings him “great sadness.”

The Duke of Sussex, 35, was addressing guests at a dinner for supports of his Sentebale charity at The Ivy Chelsea Garden on Sunday, January 19. Harry briefly smiled as he walked into the eaterie wearing charcoal pants, matching suede shoes, a white shirt and gray jacket. He was accompanied by good friend Mark Dyer and a group of bodyguards.

Addressing the guests, Harry said, “Before I begin, I must say that I can only imagine what you may have heard or perhaps read over the past few weeks. So I want you to hear the truth from me, as much as I can share, not as a duke or prince but as Harry, the same person that many of you have perhaps watched grow up over the last 35 years but now with a clearer perspective.”

“The U.K. is my home and a place that I love. That will never change. I’ve grown up feeling supported by so many of you and I’ve watched as you welcomed Meghan with open arms as you saw me find the love and happiness that I’d hoped for all my life,” he continued. “Finally, the second son of Diana got hitched. Hooray.”

“I also know that you’ve come to know me well enough over all these years to trust that the woman I chose as my wife upholds the same values as I do. And she does. And she’s the same woman I fell in love with. We both do everything we can to fly the flag and carry out our roles for this country with pride,” Harry said.

“Once Meghan and I were married, we were excited. We were hopeful and we were here to serve,” he added. “For those reasons, it brings me great sadness that it has come to this. The decision I have made for my wife and I to step back is not one I made lightly. It was so many months of talks after so many years of challenges and I know I haven’t always gotten it right but as far as this goes there really was no other option. What I want to make clear is, we’re not walking away.”

“And we certainly aren’t walking away from you,” the duke added. “Our hope was to serve the queen, the Commonwealth and my military associations but without public funding. Unfortunately, that wasn’t possible. I’ve accepted this knowing that it doesn’t change who I am, or how committed I am. But I hope that helps you understand what it had come to. That I would step my family back from all I have ever known to take a step forward into what I hope will be a more peaceful life.”

Harry continued, “I was born into this life and it is a great honor to serve my county and the queen. When I lost my mum 23 years ago, you took me under your wing, you looked out for me for so long but the media is a powerful force. And my hope is one day our collective support for each other can be more powerful, because this is so much bigger than just us.”

“It has been our privilege to serve you and we will continue to lead a life of service. So in that respect, nothing changes. It has also been a privilege to meet so many of you and to feel your excitement for our son, Archie, who saw snow for the first time the other day and thought it was bloody brilliant,” he said as the crowd laughed.

“I will always have the upmost respect for my grandmother, my commander-in-chief, and I am forever grateful to her and the rest of my family for the support they’ve shown Meghan and I over the last few months,” Harry said. “I will continue to be the same man who holds his country dear and continues to support the same causes, charities and military communities that are so important to me. Together you have given me an education about living. And this role has taught me more about what is right and just than I could have ever imagined. We are taking a leap of faith so thank you for giving me the courage to take this next step.”

The public outing was the first since Queen Elizabeth II and the palace released statements on Saturday, January 18, confirming that an agreement had been reached for Harry and Meghan to step down as senior royals.

“Following many months of conversations and more recent discussions, I am pleased that together we have found a constructive and supportive way forward for my grandson and his family,” the British monarch, 93, said. “Harry, Meghan and Archie will always be much loved members of my family. I recognize the challenges they have experienced as a result of intense scrutiny over the last two years and support their wish for a more independent life.”

The queen thanked the couple for their hard work and said that she was “particularly proud of how Meghan has so quickly become one of the family.”

She concluded by saying it was her “whole family’s hope that today’s agreement allows them to start building a happy and peaceful new life.”

Harry and Meghan, 38, announced their plans on January 8 to step away from their roles as senior royals, split their time between the U.K. and North America and become “financially independent.”

Buckingham Palace said in a statement on Saturday that the pair will no longer use their His Royal Highness and Her Royal Highness titles and that they will keep their private patronages, but Harry will give up his military appointments. The couple will no longer receive public funds for royal duties, but it’s believed that Harry’s father, Prince Charles, will give the duo just under $3 million annually from his Duchy of Cornwall estate.

The couple will keep Frogmore Cottage, their home on the queen’s Windsor estate, as their U.K. base and the palace said that they plan to repay the funds from the Sovereign Grant that were spent on renovating their home. The amount is believed to be about $3 million.

Buckingham Palace said that their new roles “will take effect in the Spring of 2020.”

Shortly after the couple announced their intentions, Meghan flew back to Canada to reunite with their 8-month-old son, who remained on Vancouver Island after the family’s six-week Christmas break. It’s believed that Harry will soon fly out of London to reunite with his wife and Archie.

Unlock the secrets to being the best version of you, from keeping those New Year’s resolutions, to staying mindful about your mental health and tackling issues that rarely get talked about. Listen to The Secrets to a Healthier, Happier You in 2020 below. 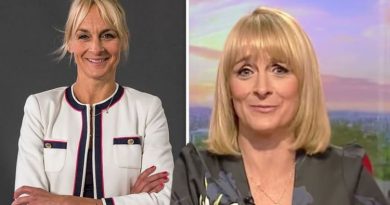 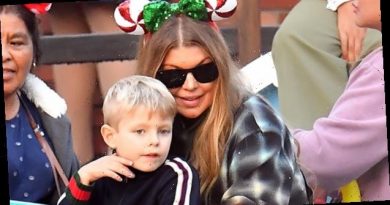 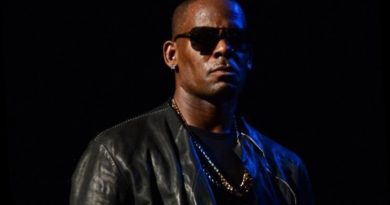