Already building up are bios on Gloria Vanderbilt. Pat Swift’s agency Plus Models became the temple for the plus-size woman.

Mannequins, widening into clothing sizes and then department store areas, began after Vanderbilt began stuffing us into jeans.

Per Swift: “When she saw me folded into a pair she said, ‘None of my size 8 customers want to see your fat ass in white jeans with the Gloria Vanderbilt logo on it.’ ” PDQ, out came the new plus size with plus-size models, plus-size agency and plus-size shopping.

The agency? Gone. Miss Vanderbilt? Gone. Left are our plus-size behinds. Plus the book Pat’s writing about her.

Awkwafina: “I’m proud to be from Queens.” She tells Time Out: “It’s culturally diverse. Urban and suburban. For instance, you can eat at Knish Nosh or David’s Taiwanese Gourmet” . . . Rose Byrne plays Gloria Steinem and Uzo Aduba plays Shirley Chisholm in the coming FX series “Mrs. America” . . . Hey, there exists a picture book with 500 photos from the archives of our town’s large-size newspaper — and it’s titled — “Only in New York.”

Oscar has much to say about Oscar

Anyone know Hammerstein was J. Edgar Hoover’s FBI target? Amassed huge intel on him? Had him under surveillance? Wire-tapped him? Considered him an enemy? July 13, grandson Oscar Hammerstein III, who’ll host one night of the new show “Oscar on Oscar!” — at Green Room 42 cabaret theater — says: “He was into the Anti-Nazi League, Southern Negro Youth Congress, Protection of Foreign Born, Federation for Constitutional Liberties, and he wrote some of Adlai Stevenson’s speeches. This liberalism and political activism was in tumultuous times. The ’40s and ’50s civil rights equalled Communism.”

His work was often overtly political: “South Pacific” dramatized hatred, “The Sound of Music” confronted Nazism, “Carmen Jones” had an all-black cast. The show plans to tour the US.

Timothy Cardinal Dolan came to dinner. Besides token Catholic Bill O’Reilly were others with whom he mightn’t often break bread — such as Daniel Libeskind, architect of Germany’s Jewish Museum, Mikhail Baryshnikov, whose motherland didn’t favor religion, Joel Grey, who directed the Yiddish “Fiddler on the Roof” and Judge Judy, who’s from another persuasion.

Despite the cross-pollination, what was the take-away of His Eminence? New York’s revered Archbishop schlepped home a shopping bag full of animal crackers from Gristedes.

A memorial on Wednesday at 5:30 followed by dinner will be at La Grenouille for Charlene Nederlander, widow of James Nederlander . . . And, please, will our press stop mentioning that newly elected alleged wacko with the middle part in black hair and three initials.
She craves publicity. Shut her out, and she’ll then maybe shut up.

And the way prices are going, it soon may be. 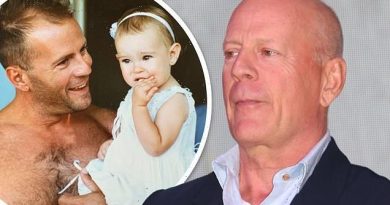 Rumer Willis shares a number of throwback snaps of her father 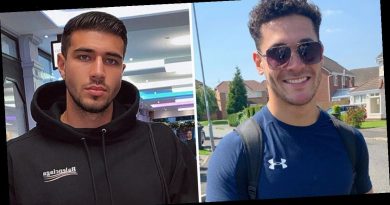 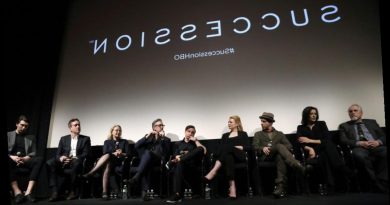