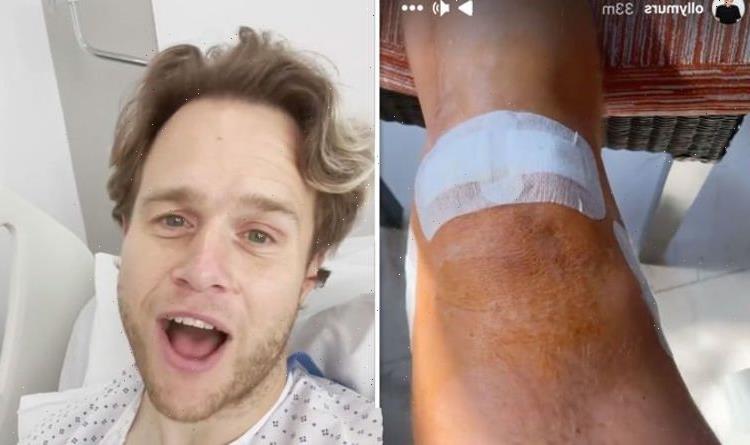 Taking to his Instagram Stories today, Olly Murs shared a video of himself resting his bandaged up knee on a table at home after his operation. The 37-year-old told fans: “Core, look at the swelling. This knee has seen better days. Yikes!”

The singer shared a video from his hospital bed on Instagram yesterday, explaining why he was there.

Olly suffered pain after performing his second song at a gig in Newmarket last week.

He explained: “A fragment of bone which was in my knee managed to lodge itself to the back of my knee after I jumped and basically shut my leg down.

“During the gig, I was just limping the whole time, I couldn’t believe it.”

Olly added he did initially have surgery before the gig, because he didn’t want to let the fans down.

Discussing his future commitments, he warned he might not be as energetic as he used to be post-surgery.

He continued: “I probably won’t be running around like I normally do, there might be a stall for me to sit down on.”

The Voice UK coach went on to tell fans he was going to rest up at home.

He later shared a picture of the pieces of bone that had been lodged in his knee writing: “What are the chances?”

Matt Baker commented: “Olly! Wishing you speedy recovery X even on a stool you are the best.”

Back in March, Olly said he had plans to start a family with girlfriend Amelia, 27, once he felt fitter.

The singer first injured his knee in 2007 but has faced further complications over the years after leaving it damaged.

Speaking on his Instagram, he said at the time he wasn’t financially able to have time off work to have surgery and physio.

The former X Factor star had initial surgery in June 2019 to reconstruct a torn ligament.

Olly added at the time, his only focus was to get better and back to doing what he loves.

He continued: “My life is going to get back, I’m not going to have any pain in my knee anymore, I’ll be able to live a better life when I have a family.”

The singer went on to credit his girlfriend for looking after him during his troubled time. 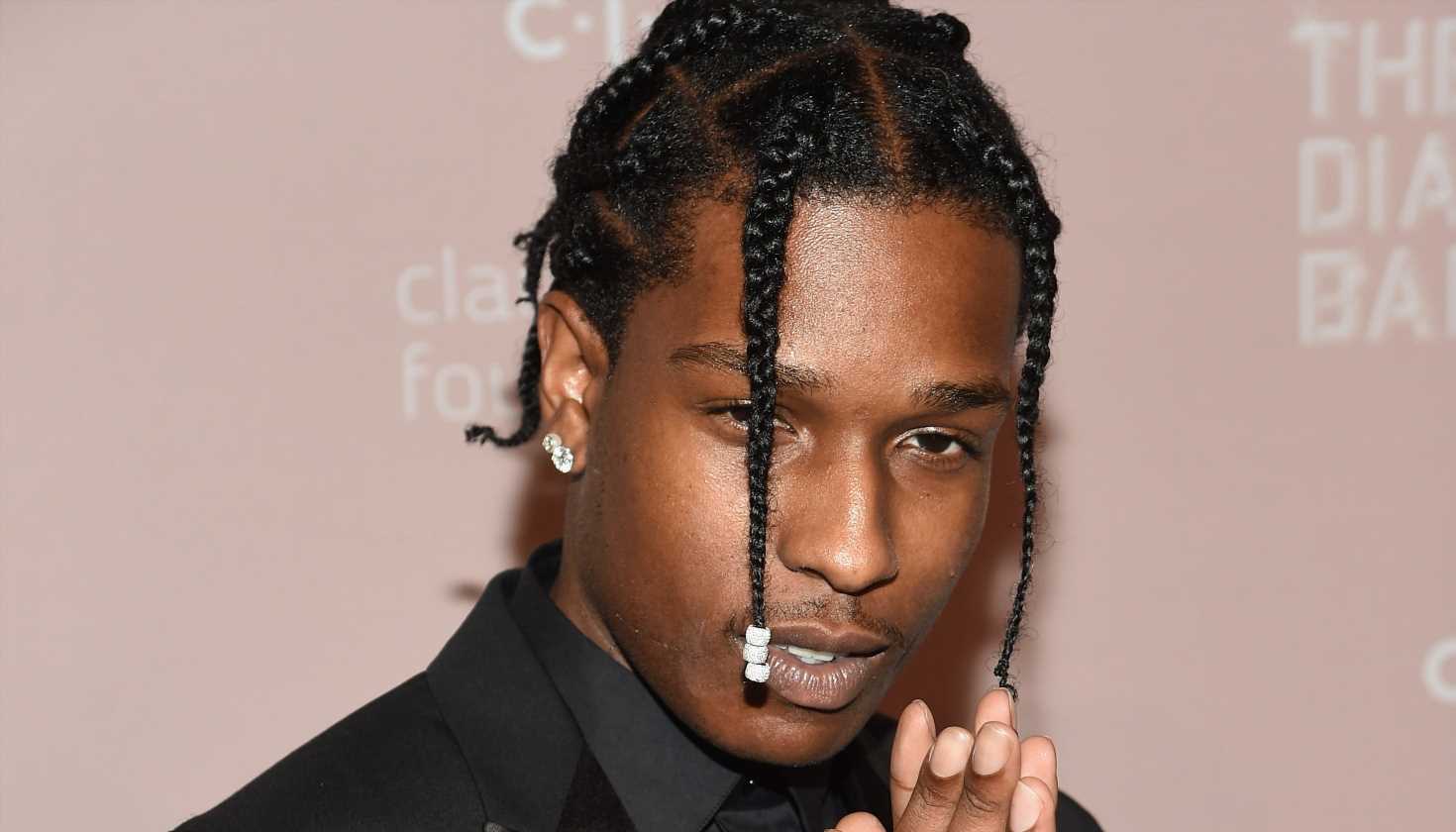 President Trump joins in concern over A$AP Rocky’s Sweden arrest: ‘We hope to get him home soon’ 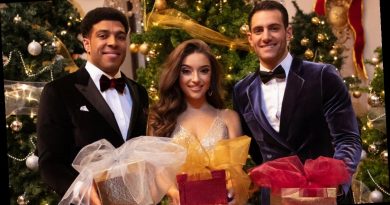 ’12 Dates of Christmas’ Reunion Spoilers: Who Is Still Together?