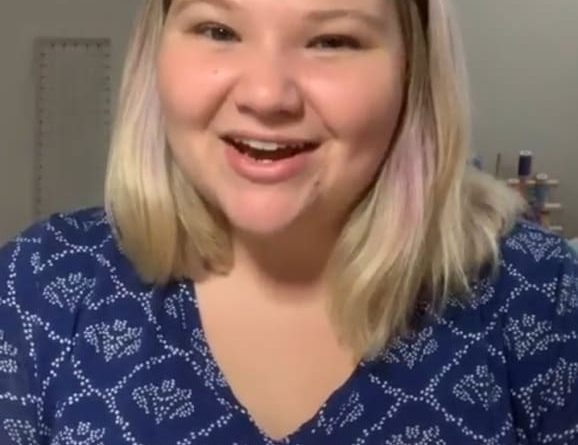 Nicole Nafziger is constantly dodging cruel comments, such as rumors that Azan dumped her or questions about her alleged wedding date.

This time, the beautiful 90 Day Fiance: Happily Ever After? star is receiving some much more direct criticism.

Nicole ran an advertisement for a weight loss product, and fans are absolutely livid.

Nicole Nafziger took to Instagram to share an ad — one that we have included for your viewing convenience.

“A few days into my @boombod 7 day challenge,” Nicole captions the video. “And I have to say I’m SUPER impressed!”

Don’t worry — she tagged the post as an #ad in compliance with FTC regulations.

“Normally I’m so busy I find being consistent with programs a bit tricky,” she admits.

“But these shots are super easy & tasty,” Nicole writes. “And they’re paying off!”

“My cravings have been going away,” Nicole says.

She is, of course, referring to cravings for food that the human body needs to live.

“And I haven’t felt as bloated all week,” she remakrs. “So I’ll definitely stick with this.”

“If you’re curious, it’s the perfect time to give them a go,” Nicole suggests. “They have BOGO free!”

“It really helps with cravings,” Nicole says aloud during the video advertisement itself.

“I know some of us have a problem with snacking… it helps pass the time,” she admits.

“This helps you feel like you don’t have to do that so much,” Nicole announces.

“The flavor of it is great,” she raves. “I can’t wait to try the other flavors too!”

Nicole’s fans and followers were not amused in the slightest to see her plugging weight-loss products.

“These weight loss ads are sad, Nicole,” warned one follower.

“It doesn’t work. It’s a scam,” pointed out another comment. “I would never advertise this stuff.”

Many might say that but sing a different tune if some company were offering thousands of dollars for a simple endorsement.

“A healthy diet and exercise works wonders,” another follower suggested. “Not all these quick fix weight loss products.”

That same follower continued: “Notice none of these ppl have lost any weight.”

“Ok hope works Nic,” expressed a fan. “But the solution is bariatric surgery.”

“I started doing thrive a few months ago. And it is AMAZING,” raved another follower.

That comment continued: “I have so much energy. My stomach is flatter, hips are smaller. It’s fantastic!!”

“Get a real job,” demanded another comment. “That’ll help you pass the time! Ffs!”

“She’s trying to make money here people!!” reminded a follower. “So knock it off!!”

“Here’s a tip to lose about 150 pounds,” suggested another fan. “Dump Azscam.”

There were actually several comments along that line, making the exact same joke, but the estimations of how much he weighs varied.

In the mean time, we’d suggest that people leave Nicole alone. She’s not a Kardashian — she actually needs this money.

It costs zero dollars to ignore an ad that you don’t like. 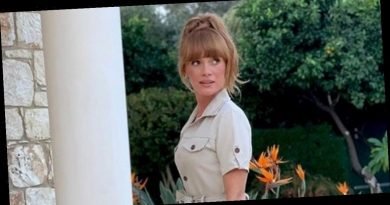 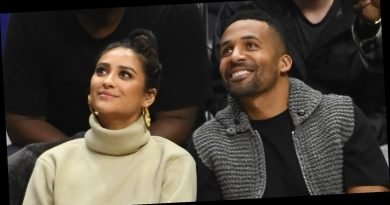