Prince Harry, Duke of Sussex and Meghan, Duchess of Sussex walked their first red carpet as a couple in London on Sunday for the European premiere of the Lion King. But what the world wanted to know was – did they meet Beyonce?

The answer is yes, and it was pretty amazing.

In a video posted on Twitter, Prince Harry and Duchess Meghan are seen moving down a line of people, presumably stars and others involved in the Lion King production, like Disney CEO Robert Iger. The duchess is leading and approaches Beyonce, who says “My princess!” The two go right in for a hug while rapper (and Beyonce’s husband) looks on smiling.

The two talk and the duchess takes Beyonce’s hand and holds it while telling her something. Jay-Z gives her a hug as well, and we think we heard him say “Congrats,” possibly referring to the new addition to their family, baby Archie.

The prince then joins the group and gives Beyonce an embrace and a kiss on the cheek and shakes Jay-Z’s hand. It’s all very sweet and normal.

Royal reporter Rebecca English provided more of what the couple’s exchange was in a quick Twitter post, and not surprisingly, they were talking about their children.

So, why are people so excited about this? Because Beyonce and Jay-Z have made it a point to support the duchess, who has been the victim of bullying and trolling online for everything from her hair to how she holds her son.

When Bey and Jay won Best International Group at the British award show in February, the two appeared in front of a regal portrait of Meghan by illustrator Tim O’Brien in a taped acceptance speech. Their acceptance speech was designed to look like their “Apesh*t” music video, which was shot at the Louvre in Paris. The painting they stood in front of in the video, the iconic Mona Lisa, was replaced with the painting of Meghan in a tiara.

Meghan didn’t have words for this tribute, according to her makeup artist Daniel Martin. But she did have an emoji to express all she was feeling. “I sent her a pic,” Martin said. “I think it was a screen grab of the two of them in front of the portrait. I think all I wrote was, ‘Girl.’ She wrote me back like the big eye emoji.” The big eye emoji is likely this flushed one: 😳, which is an understandable response. 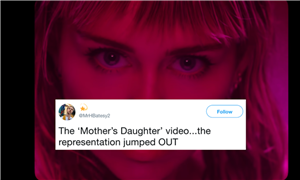 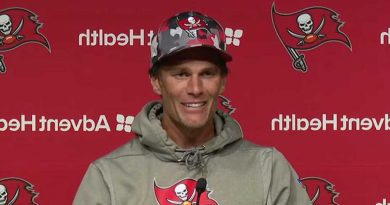 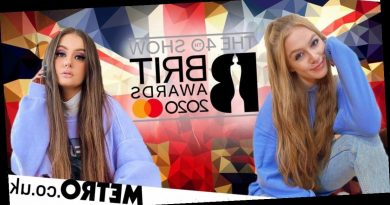