Maureen Lipman, 75, and Gyles Brandreth are regular guests on the celebrity version of Gogglebox. In recent episodes, the duo were seen reacting to the likes of bare-all show Naked Attraction, which the 73-year-old joked he is now “hooked on”.

The broadcaster said his wife Michèle Brown wouldn’t allow him to watch the show away from Gogglebox, so asked Maureen if they could continue to watch it together.

Speaking to Express.co.uk, he said: “I love doing Gogglebox.

“Of course it allows me to watch programmes my wife wouldn’t allow me to watch. I’m hooked on Naked Attraction.

“Even though we’re not filming Gogglebox now, I say to Maureen, ‘Come round let’s pretend we’re still making it’.”

He added, laughing: “‘Let’s pretend we’re still making Gogglebox because my wife won’t know and then we can watch Naked Attraction together’.”

On his co-star’s reply, Gyles said she urged him to “grow up”.

Coronation Street star Maureen has previously slammed the show for supposedly cutting out her “witty” moments.

She also claimed she had walked off screen as she was tired of seeing too many genitals on Anna Richardson’s Naked Attraction.

The actress told Radio Times Magazine: “They’re not really interested in our opinions on what they’re giving us. I’d seen Gogglebox and I thought, ‘Oh, [ours] is the grown-up version, is it?

“But it’s your reaction to 12 dangling willies they want.

“They’re searching for ways to make me go, ‘Urgh!’ So I thought, ‘Well, actually, no, life is too short to watch a series of hopeless men dangle their bits and pieces in my direction. So I’m going’.”

Gyles added: “Some of the things that Maureen has said are Oscar-winning funny. But what do they use? Us yawning!”

In our chat, he called for his co-star to have her own show.

“Maureen is such a funny person, she’s brilliantly funny and I love her, of course they can’t use everything,” he spilled.

“I think there should be a show called Maureen Lipman: Best Bits.”

The former MP went on to say despite his co-star’s dislikes, he would be up for returning to the show.

For now, the This Morning regular is focusing on his upcoming tour with Susie Dent.

The duo’s show follows on from their award-winning podcast Something Rhymes With Purple, which began in 2019.

Tickets for Tilted’s Something Rhymes with Purple Live are available now.

For more information, head to www.tiltedco.com. 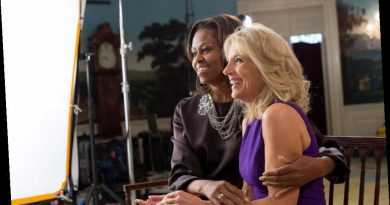 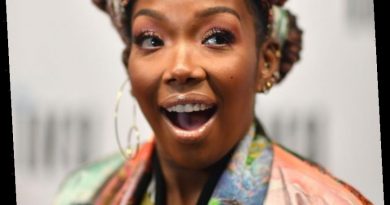 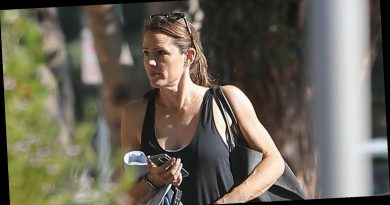 Jennifer Garner Shows Off Her Muscles While Hitting the Gym